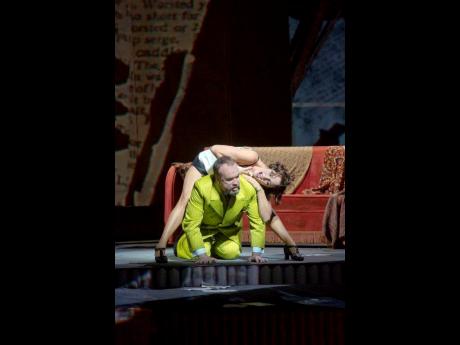 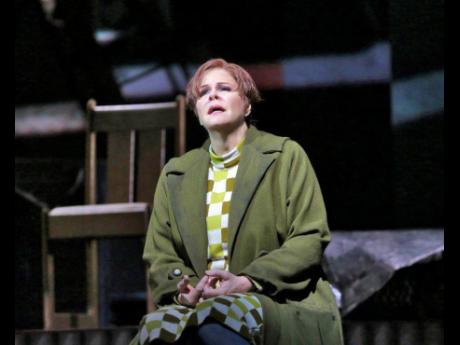 One of the most important - not to mention notorious - stage works of the 20th Century, Lulu is the drama of a young woman who sexually and emotionally dominates a wide range of willing victims, both male and female. Herself a victim of society, she seems to embody all the frightening aspects of the human condition, a combination of primal instinct and distinctly modern amorality.

The score by Austrian composer Alban Berg employs the 12-tone technique pioneered by his teacher Arnold Schoenberg, but in a keenly dramatic way that makes it accessible to all kinds of audiences.

Berg died before completing Act III of the opera and Lulu was first performed as a fragment. Efforts to finish the score based on Berg?s notes were hindered by his widow and only realised after her death by Austrian composer Friedrich Cerha in 1977.

Q: This is the 10th new production of Lulu you've starred in over your career. What makes you want to revisit this character and her story again and again?

Marlis Petersen: It's like Pandora's box somehow. It's a source of never ending information about the fate of a woman. When I started it was fascination with a young, ungraspable child who is just beginning to live. Now that I have a deeper sense of the character, it's more about the psychology of what happens in her relationships and about this terrible fate she has - going from one man to another, never getting the one she really wants.

From the moment she defines herself in the 'Lied der Lulu', everything goes downward and it ends with Jack the Ripper. It's the most terrible story ever. But it shows us such great facets of life and that's why this piece, written in the '20s, is still very, very up to date.

For me, it's fascinating also to see how every different director deals with this. It stays new for me.

Q: How much does your portrayal change from production to production? Is there a core of the character that always remains the same?

A: I think I have a certain Lulu seed in me, a kind of understanding. But when I encounter a director I have to sort of erase everything I know and melt into the concept of this particular director. And the concepts are all very different. Some directors go deep into the psychology of this woman. Some try to keep the voyeuristic look on the story. Some see it very visually - like William Kentridge, of course.

All these different elements add up to a big kaleidoscope of Lulu pieces that I've been collecting over the last 18 years.

Q: Tell us about the music and how you approach it.

A: Berg himself said he imagined a light, Mozartian voice for Lulu. So I try to keep it very close to a classical tone, which also makes it easier to understand the text. For me it's not so much about the sound; it's about the parlando, the 'speaking' style of singing.

The first act especially has a lot of parlando and coloratura. The second is more lyrical and the third has lots of dramatic eruptions, until it ends with this beautiful death music. But overall I try to stick very closely to a classic tone, so it's easier to follow for the audience and becomes more like a play. You sing a wide range of music, from Baroque to Mozart to Verdi to Aribert Reimann.

Q: How does Lulu compare to some of the other operas in your repertoire?

A: I've been singing the role for such a long time that the music feels implanted in my vocal cords. It?s a bit of a miracle, too, because I never intended to become the number one Lulu. But one production just came after the other and now the music is somewhere inside me. It's very strange - like a vocation.

As for the singing, it's something between Konstanze (in Die Entfuhrung aus dem Serail), a very demanding coloratura role and a lot of clever economy you need to have from beginning to end in order to not get tired.

The music itself is not really contemporary, more like early contemporary. Berg used the 12-tone technique in a way that's very different from Schoenberg. There's still a late-Romantic touch to it. Lulu really has everything - a little Mozart, the Romantic, the contemporary. It's somewhere in between all of this, like a big melting pot.

Q: Is it true you'll be retiring the role after this production?

A: Yes, it will be my final Lulu ever. In my last production I accidentally bumped into a glass wall that was part of the set and when these things happen you think 'okay, it's time to say goodbye!'

I'm really looking forward to this production and, for me, it's a great gift that New York will be my last one.

Tickets are now on sale for The Met Opera's 2015 - 16 season at the box offices of the Palace Cineplex and via the web at www.palaceamusement.com, with a Palace Card.