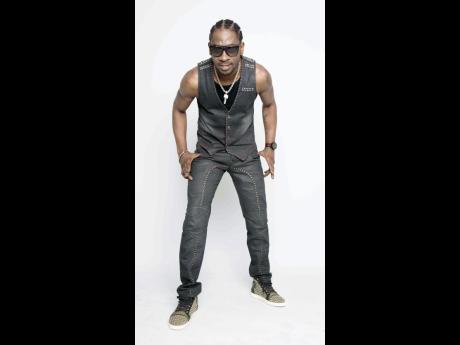 With an election just around the corner, dancehall icon Bounty Killer is challenging recording artistes to make music with more substance and fulfilling content, especially social commentary. According to the artiste, known for songs like Poor People Fed Up, Anytime, Book Book Book, among others, the problems facing the lower class are no longer at the forefront of Jamaican music.

Bounty Killer says during his formative years, political violence was at its peak and he wanted his music to make a difference. He, therefore, yearns to see his fellow artistes tackle issues regarding politicians and their influence over the youth of the inner city.

"Some of these artistes are doing music just for the hype and stardom, and while that is also good, there are more important things. I used to take the poor people problem as my problem because I came into music to change certain things because at the time, political warfare was at its peak and the senseless violence over politics and politicians," he said.

The artiste says politicians have continued to fail the people of Jamaica, and when the music begins to fail to educate the masses, society will continue to go down a slippery slope.

"You know what they say: The more things change, the more they remain the same. The youths continue to hurt each other for politicians, yet there are people in Jamaica still living without running water, still don't have electricity and don't have roads. The youths need to speak up because it can't be just about flossing alone," he said.

The crime rate in 2015 has surpassed that of 2014, which is a clear indication that the Government failed to control criminal activities in an island that is already lacking in investments. Bounty Killer blames poverty for the spike in crime.

"More people need to be singing for the poor because poverty is the biggest killer right now. People know me as an artiste, but I am also an advocate for justice. At first when I did songs like Poor People Fed Up, I did not do them because I thought I was going to get a big support. I did those songs because positive music needed to be heard," Bounty explained.

Bounty Killer is promoting a new song called Karma, featuring Lukie D. The single is a social commentary and tackles the problem of youth embroiled in criminal activities. He gave credit to reggae-dancehall artiste Bugle for his work where social commentary is concerned. However, not to be left out of the mix, reggae artiste Kabaka Pyramid is perhaps deserving of credit for his song, Well Done, which toys with politicians using sarcasm to highlight the errors of Jamaica's politicians.

He sings:"Election a when the tension a rise / Suh yu buy wi Kentucky, not to mention the fries / Anything fi secure yu vote / And then yu rob the people fi secure yu boat / Fi guh a Goat Island, weh the Chinese own / The whole Jamaica is a Chinese loan / Well done, Mr Politician man!"