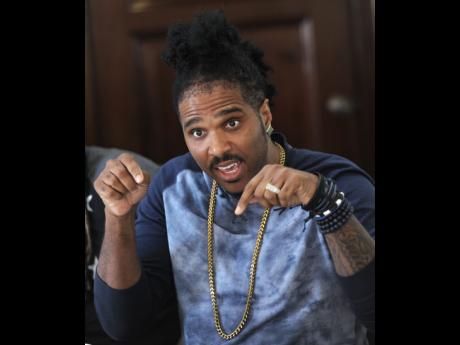 Ricardo Makyn
Patrick Gaynor of the duo, Twin of Twins. 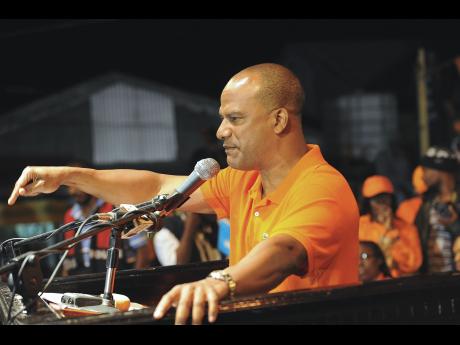 Utilising popular music on political campaigns is nothing new and as the country gears up to host yet another general election, questions on the use of reggae and dancehall music on the political platform have once again been thrust into the spotlight. Both the Jamaica Labour Party and the People's National Party seem to understand that introducing popular music in political campaigning could be one of the distinguishing factors that separate the winners from the losers on Election Day, but is there a double standard within the political landscape when it comes to popular music and its influence on the society?

Over the past few years, dancehall music has come under heavy criticism from the Government for what they consider is its contribution to the breakdown of the moral fabric of the country. According to these power structures, dancehall music is inextricably linked to a lot of the ills currently affecting society. However, as election draws near, all seems to be forgotten, as the very same politicians are now relying heavily on dancehall music to rally votes in their favour.

In recent weeks, both political parties have injected the use of some of the most popular reggae and dancehall tracks into their campaign. The music from some of the most controversial dancehall artistes like Vybz Kartel and Sizzla are often heard blaring from speakers at these political gatherings. Political parties have enjoyed huge responses from party supporters when songs like Kartel's Mi Nuh Trust People and Money Pan Mi Brain are played. However, not so long ago, Vybz Kartel and his music were being blamed for contributing to the country's growing crime rate. In an interview with The Gleaner in 2013, Peter Bunting, the minister of national security, singled out the entertainer as he talked about artistes and their contribution to creating dysfunctional societies. "We have developed a subculture of lawlessness, and I believe that one contributor to that may have been some of our popular musicians who glamorise and reinforce the lifestyle," Bunting said pointing to Kartel's musical endorsement of scamming as an example of how popular culture is used to make issues as dangerous as scamming seem harmless. Fast-forward to 2015 and the same minister was seen at a mass rally in Westmoreland recently, rocking along to Kartel's music.

While some entertainers do not mind the use of their songs during election campaigns, they take issue with the hypocrisy surrounding the music. They consider it to be highly hypocritical of the political powers to use the same songs they have been fighting out, to garner support while campaigning.

In an interview with The Sunday Gleaner, Taurus Riley said he had no problem with politicians using his music during election campaigns, but he could not handle the insincerity that came with it. "I don't have a great issue with it, but what I don't want is for them to fight out the music and then turn around and use the same music for election," he said.

Patrick Gaynor, a half of the outspoken dancehall duo Twin of Twins, agreed. The entertainer said he does not have a problem with the use of dancehall music during political campaigns if the song's message is used in the correct context. "If it is positive music, I don't have a problem with them using it, but they have to use it in the right context," he explained. "I don't want the message of the music to be lost in the politics. If the music is going to be used to manipulate the people and nothing changes, then I have a problem. Politicians must remember the messages behind the songs and begin to foster change."

He went on to explain that there is a double standard when it comes to dancehall music on the political platform. "Politicians use the music to promote their own agenda," he said. "They understand that they have to talk in the language of the people to secure their votes, so they use the music but they still don't see dancehall music as favourable. As soon as the campaign is over, there is no more space for dancehall. It will go back to being ghetto and derogatory in their eyes." He used the link between the association of dons to political parties to drive home his point. "They are using dancehall music the same way they used the dons. They used these criminal powers to their own advantage and then discarded them; it's ethnocentricity at its best."

Although making his views on the issue known, Gaynor also wanted to make it clear that his statements are not to put all politicians under one umbrella. "I'm not painting all politicians with a broad brush," he said. "There are some politicians who actually want to see things change for the better, but the general manipulation has to stop and they must begin to fix things."