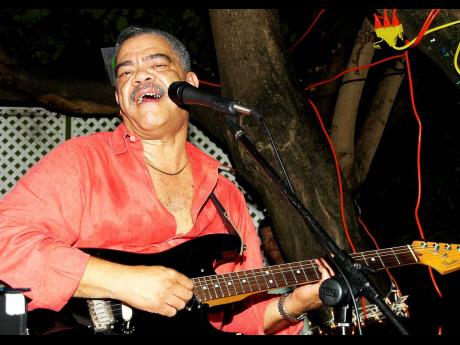 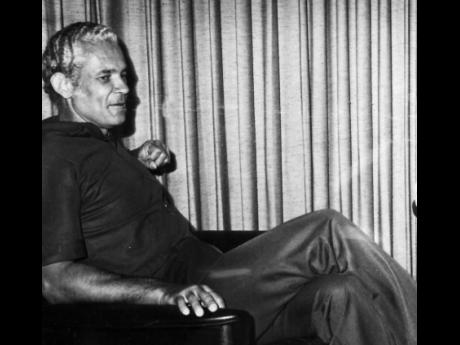 It is one thing to be commissioned by one of Jamaica's two major political parties to do a song specifically for the organisation ahead of a major election campaign, or to be approached by the party to have an already popular song utilised in their electioneering interests.

However, it is another thing to be sprung a selection surprise, for an entertainer to have their song commandeered for campaign purposes and be faced with the possibility of being perceived as a vocal supporter of that particular 'P'.

That is what happened to Pluto Shervington in the run-up to the 1976 general election, where Michael Manley took to the stage as Shervington performed the patriotic, I Man Born Ya, at a concert held at Jamaica House. And in 1993 Nadine Sutherland found out that Action, her combination with deejay Terror Fabulous, had been made an election song as she returned from a trip abroad.

With elections in the air, although a date is yet to be announced, Shervington performs at Keesing Live on Saturday, December 5, while Sutherland?s recent single, Inna Mi Blood, is produced by the Mad Professor.

In 2009, Shervington told The Gleaner how I Man Born Ya (written in 1975) was utilised by the Peoples National Party (PNP), at a time when the nationality of its leader, Prime Minister Michael Manley, was being pitted against the 'foreigness' of the Jamaica Labour Party's (JLP) Edward Seaga.

Neville 'Struggle' Martin's My Leader Born Ya, played directly to that politicking point. And while Shervington's I Man Born Ya, did not speak about the nationality of a leader, at a time when many Jamaicans who could afford it were leaving the country in droves, it could be seen as a statement of sticking with the country in a time of crisis - which the PNP did.

In the chorus Shervington sings:

'I man born ya

I man on ya

Pot a boil ya

Shervington told The Gleaner, that "the PNP used that song as their theme song. Nobody asked me. I was not unhappy, but I would not have wanted that, because it tended to align me to one side. I wanted to be neutral".

However, Shervington said, he was not openly branded as a PNP supporter.

There was a night, though, when Manley personally made his support of I Man Born Ya clear. Shervington recalled a concert held on the lawns of Jamaica House, for which he was placed in a prime performance spot close to the end.

It was a ploy, as Shervington would later find out that the line-up had been organised that way specifically because of I Man Born Ya. In front of a crowd, Shervington estimates was more than 70,000 people, then Prime Minister, Michael Manley, walked onstage and demanded the 'pull up', for the song to be restarted.

Shervington said that there was no turning back I Man Born Ya, after its impact that night.

However, Shervington ended up migrating shortly after doing I Man Born Ya and felt that because he had betrayed the sentiment of the song, Jamaicans would 'have him up'.

The lasting impact of I Man Born Ya, in Jamaica, did not hit Shervington until 20 years after he left Jamaica for Florida, Miami, in 1977. Although he had come back and done small shows, his first major concert appearance was on Ernie Smith's celebratory 30 years and 'Life is Just for Living' event at The Jamaica Pegasus hotel, with Johnny Nash, Ken Lazarus and the original band which had played the hits.

"It wasn't 'til then I saw Jamaicans were not angry at me because I had written that song and left," he told The Sunday Gleaner. "I had no shame at all. I would walk up onstage and sing it like I had never left."

However, Shervinton told The Sunday Gleaner in 2009, that there was something he would change about I Man Born Ya, the 'belly full ya.'

"I would not have written that in the song. There were people here who were starving. It was a selfish line," Shervington said.

"Mine was full and others were OK, but you had a lot of poor people who were not eating. That is why they took to Michael Manley as they did. He promised them all of you will eat now. Which was a promise he could not keep, unfortunately," Shervington said.

Next week: Sutherland and Action