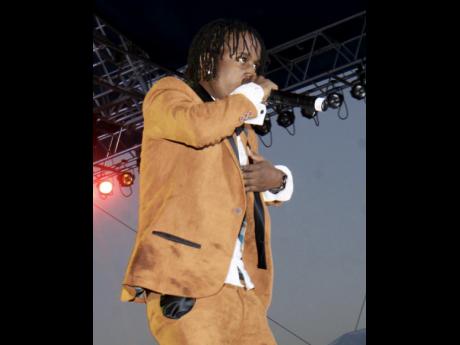 File
Popcaan during his Sting 2012 performance. 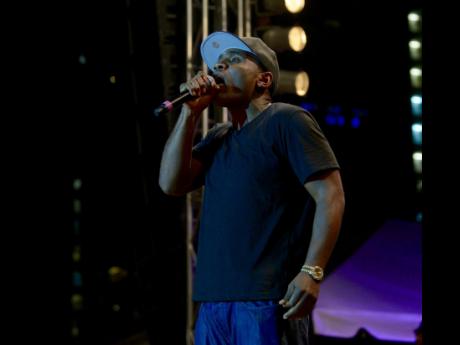 Veteran music consultant and distributor at 21st Hapilos, Johnny Wonder, says Jamaican artistes are failing to consistently chart on the US, Billboard charts because of their inability to travel to the United States due to the lagging visa issues plaguing some of the island's top acts.

Wonder says in order to

promote music, artistes must be able to travel, so as to benefit from media tours and performances. He also said success on the Billboard Charts is usually linked to the amount of plays a record receives on US, and other internationally based radio stations.

However, the situation with some of the popular Jamaican artistes, is that international radio stations are not encouraged to add their songs to the playlists if the artistes are unable to travel and do the necessary performances generated from the popularity of their songs.

"I talk to radio people in foreign all the time. The thing about that is, for a song to get added to a Hot 97 or a Power 105, the artiste has to be able to travel to the US, and promote the song for the station. They are going to expect you to do jingles and perform at their events, but the artistes cannot travel, so that is one of the reasons why some of our top artistes don't get added because they cannot support their songs," Wonder explained.

"If you are not being played on these stations, where are they going to chart you from? Because Billboard utilities an airplay chart and ofcourse sales, but our sales aren't like Taylor Swift's sales," Wonder told The Gleaner.

Over the last few years, Popcaan has been popping up on the United States radar for his work with international acts like Drake, Snoop Dogg, Young Thug and Pusha T. He was also recently highlighted on American television station Fox 5 as one of reggae/dancehall music's new generation of artistes. However, his inability to travel has perhaps hampered his progress internationally.

Even reggae/dancehall artiste Kranium recently told The Gleaner, that Popcaan's inability to travel is a serious disadvantage.

"Right now some man weh yu hear a mek up nuff noise out here, nobody checking for them overseas, but mi can tell though. Yu see Popcaan, I have been hearing his name in the circles and mi a talk bout some real people in the industry," said the US, based artiste.

During this year's Best of The Fest festival held in Miami,

popular promoter/radio DJ on New York's Hot 97, Jabba, told The Gleaner that visa issues should not be plaguing Jamaican artistes to the extent it currently does.

According to Jabba, American born artistes have found themselves in serious problems with the law, yet many are still able to travel and perform in other countries including Jamaica. He feels Jamaican artistes lack proper legal representation and this has hindered their ability to regain travelling privileges.

"At the end of the day, if you have a proper manager, you will not have inconvenience with visas. You have all these American rappers who have been in jail and get locked up for this and that, but their managers reach out and get proper lawyers and do business. The problem with Caribbean artistes is that they get too caught up in doing shows and going around the world and are not taking care of the right business," he warned.

Only three Jamaican artistes have charted on the Billboard Hot 100 in 2015, with the exception of samples. If we were to remove collaborations, that figure would have narrowed down to only one.