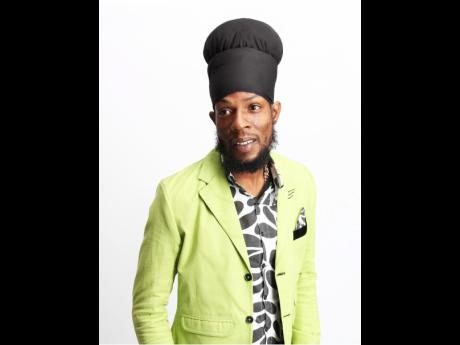 The 13-track album features music speaking to issues of love and relationships on one hand, and on the other hand, knowledge and wisdom.

Jah Mason shared his inspiration behind the body of work saying: "My inspiration really comes from everyday life. My experiences are what makes me learn and grow. I've travelled to many places, and I sing about what is happening in the world around me ... . When dem seh art imitates life, it's the truth."

At the launch, Mason performed a mix of songs, both from his previously released work and his newly released album. He performed hits such as Chalwah, So Joyful, Trouble, Farmer Man, and Rise & Shine.

From the new album, Love & Wisdom, Mason performed Can't Get You Off My Mind, From Wah Day, Can't Stop the Herbs, It's Your Life, and to roaring applause, did an acoustic performance of his mega-hit Princess Gone.

The Honourable Florizelle O'Connor, OJ, more affectionately called 'Ma Flo' by Jah Mason, spoke about the album and Jah Mason's performance saying: "This new album shows that Mason has definitely grown in his music, and his stellar performance shows that he is now a mature reggae artiste. I have not seen such a magnificent performance in Jamaica in a very long time."

Love & Wisdom is currently available for purchase online on Amazon and iTunes.