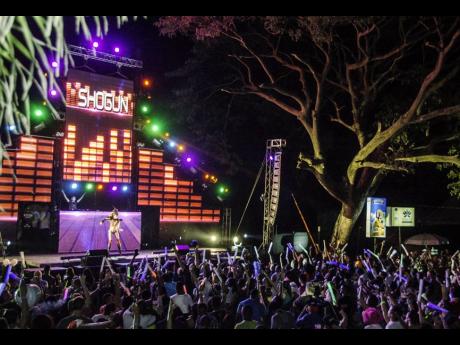 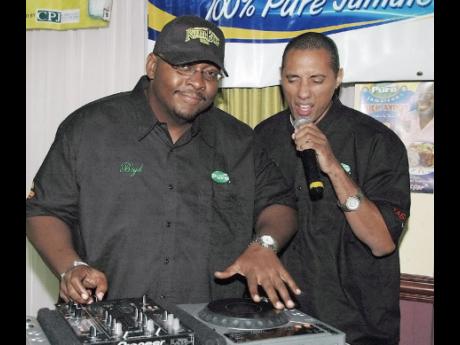 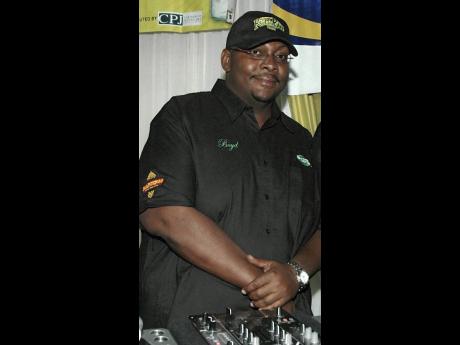 Electronic Dance Music (EDM) has been here before parties like Electronic Dance Xposed at Caymanas Estate in December 2013 (for which Australia's DJ Tydi, Vika Koneva from Russia and DJ Lema from the US were billed) and the upcoming Paradise Lost festival in March 2016. In between was the Major Lazer-led concert at Caymanas Estate in December 2014.

Boyd James of the DJ duo Alric and Boyd, who has experienced and literally had a hand in much of the EDM development in Jamaica, terms the current phase the third coming of the genre in Jamaica. In 2011, he listed venues such as the former Asylum Nightclub in New Kingston, Harry's Bar which was on Constant Spring Road, and Mingles at the Courtleigh Hotel among those venues at which the duo had played the genre, approaching over two decades.

Now, four years later, Boyd traces the genesis of EDM in Jamaica from his perspective.

He was not alone. "At the time we were teenagers," Boyd said. Much of the musical

experimentation was done at Mixmaster Marvin's (who is very popular on the throwback party series and is a DJ on Kool FM) house. "One of the forerunners was Marlon Whyte," Boyd noted. Whyte, who played with Le Jeux and was known as Music Machine, was killed in a car crash on Hope Road in 1990. "Marlon used to be the one to buy records," Boyd said. Marvin and Marvin (who he names as forerunners of that scene) would do mixtapes, Boyd said, and "I would add mixes to that mix."

"We were experimenting with a lot of House music," Boyd said.

Still, that 1988 New York journey, Marvin also making the trip, was still an intense experience. He hit the clubs - Studio 54, Tunnel and Palladium (although he missed out on Garage). "It was a life-changing experience," Boyd said.

After spending two years in the US, Boyd made lasting contacts. "I was privy to a lot of promo records. I came back to Jamaica with a lot of House and hip-hop music," Boyd said.

It took a while, though, for the impact to be felt in Jamaica. At the time, Andrew Henry had contracts with a number of popular clubs and assigned DJs as required. Out of that arrangement, Alric (who Boyd had known from 1986) was playing at Godfathers, 24 Karat and Illusions. It took two years for Boyd to convince Alric to give him a chance.

"I went to him and said there is better music than what you are playing," Boyd said, asking for a half-hour segment in his set.

Eventually there was an opening in the crew of deejays and in 1992 Boyd got a crack at an audition, held at Henry's house. "I went, played my music and the room was silent. I got the job immediately," Boyd said. It was also the birth of the Alric and Boyd duo, paired by Henry, and as a spin-off, electronic music got a boost in Jamaica.

A strong part of the electronic music in Jamaica's story, is the Twin Towers show on FAME with Squeeze and Frank - which was related to the initial coming of electronic music to Jamaica. "All of us were inspired from 1980 when DiscoMania with Hol Plummer was on Capital Stereo (which developed into FAME)," Boyd said.

The Twin Towers played mostly dance music from 1 p.m., to 7 p.m., on Saturday. Squeeze gave Alric and Boyd a crack at the show before they were formally on FAME in 1995, which is "when we got to showcase proper dance music on air".

"We were on the graveyard shift on Friday. We played exactly like how we played in the club," Boyd said. Among the music they put on air was House, progressive, jungle and trance. That show deepened their international connections, who would supply Alric and Boyd with EDM tracks. "We had to clear them and buy them, but we got them. We were always ahead of what was happening here," he said.

Boyd noted the work of producer David Morales and the Bad Yard Club (which included Sly and Robbie) with Papa San on Who Dem a Program, as well as with Delta on the song, In De Ghetto. "Morales is a big-time iconic House music producer," Boyd said.

Among Alric and Boyd's electronic music efforts in Jamaica were, In The House on FAME, as well as the many club sessions. Included in those were Monday nights in Asylum, which ran for seven years. He points out that the Quad in New Kingston was built as an EDM club and run as one for its first seven months. Now, he said, there is no EDM club scene in Jamaica, only the occasional party. "The parties are not music driven, they are ego driven," Boyd said.

Alric and Boyd have been a part of the Music Factory EDM parties in Barbados and Trinidad for four years,

On the production side, they are part of Third Planet, along with Eddy Houswirth and Plylea Carley. The Jamaican EDM unit is slated to start putting out material next year, after two years in production.

"Jamaica is the forerunner in the Caribbean with dance music from the 1980s," Boyd said.