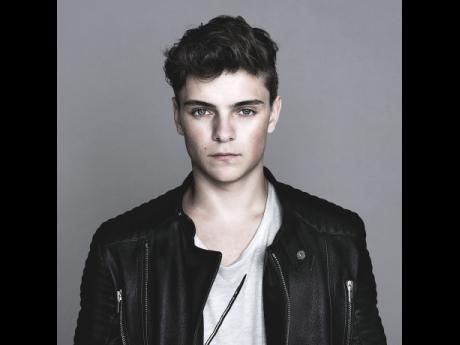 Major Lazer LIVE returns for its fourth staging on December 18, 2015. This EDM event has grown tremendously in popularity, attracting more than 5,000 patrons last year, when local organiser Kamal Bankay surprised the crowd with an amazing concert, featuring a long line-up of performers.

This year, he has plans for another amazing and mind-blowing show, which EDM lovers are looking forward to.

One of the youngest and hottest DJ-producers in the world is expected to be on the show. Nineteen-year-old Martijn Garritsen, commonly known by his stage name 'Martin Garrix', is a Dutch DJ, composer, musician and record producer, and will be making his first appearance in Jamaica at the event.

Best known for the track Animals, which was a top-10 hit in more than 10 countries; the song has peaked at No. 1 in Belgium and the United Kingdom, and No. 3 in Ireland. His single, Wizard, produced with Jay Hardway, was successful in several countries in 2014.

According to Bankay, he is happy to have such an amazing talent on the show.

"Martin Garrix is heavily in demand everywhere around the world, having played some of the most memorable festival sets in 2015. Major Lazer LIVE is fortunate to have him. We expect an entertaining and high-energy set from him," he said.

In 2004, Martin Garrix expressed interest in becoming a DJ after seeing DJ Tiesto perform at the Olympic Games in Athens. He took particular inspiration from the track Traffic, prompting him to download specialist software and enabling him to start composing.

In 2012, he won the SLAM! FM DJ Talent of the Year Award. Also in 2012, his remix of Your Body was released on Christina Aguilera's deluxe version of her album, Lotus.

In February 2015, Garrix released the single Don't Look Down, featuring Usher, where he also released two video versions for it on Vevo - Towel Boy and Towel Girl. It peaked at No. 3 on the US Billboard Dance Chart, and No. 33 on the US Mainstream Top 40 Chart. The song has since become one of his biggest hits to date.

Garrix also worked with multi-Grammy winner singer-songwriter Ed Sheeran on a track called Rewind Repeat It, which he played at Ultra Music Festival in Miami in March this year.

On May 4, Garrix released a track with Tiesto called The Only Way is Up.

Garrix continues to create waves in the music industry and shows no sign of slowing down.

He is one to look out for at Major Lazer LIVE.