Reggae Hall of Fame could mean big bucks for Jamaica 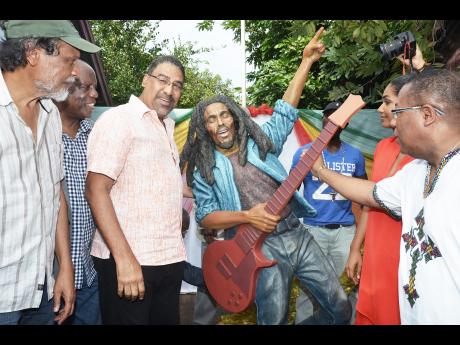 Talk of Jamaica possibly establishing a Reggae Hall of Fame have been ignited over the past few months with industry insiders weighing in on the issue. Several key persons within the music fraternity believe that establishing a Reggae Hall of Fame will spell nothing but positivity for Jamaica. After giving their two cents on where the perfect location for this historic Hall of Fame would be, these industry players also explored what the venture would mean for Jamaica's economy.

In a recent interview with The Gleaner, Junior Lincoln, finance director, Jamaica Reggae Industry Association (JaRIA), said that a Reggae Hall of Fame is long overdue. He believes that, like tourism, a Reggae Hall of Fame would be a great earner of foreign exchange in the long term. "Making this thing happen will be an investment on the country's part. We have to spend money to make money. That is how business goes," he explained. "Brand Jamaica is big internationally. Jamaica's culture sells and it is time we learn to tap into that."

To drive home his point, Lincoln made mention of the Rock and Roll Hall of Fame in America. "Look at what America did. When rock and roll music exploded in the United States, the country and the music industry used the attention the music was receiving to establish one of the greatest music museums in the world and they have been profiting ever since."

Lincoln believes that, like the Rock and Roll Hall of Fame, a Reggae Hall of Fame could generate millions of dollars in revenue for the country. "Reggae is just as big as rock and roll, if not bigger," he said. "So if they can earn so much from Rock and Roll, we can earn as much from reggae music. Reggae music is international, and people from all over the world will pay good money to have the unique experience of seeing the music come to life in the place that gave it life."

Experienced record producer Winston 'Niney' Holness agreed, saying that a Reggae Hall of Fame is what the music industry needs to start making bigger contributions to the country's economy. "It's a moneymaking thing. Music is a business, and what sense does business make if you're not earning money?" he questioned. "People love our culture, especially our music, and will dip heavily into their pockets to enjoy it, so the sooner we realise that we have a gold mine in reggae music, the sooner we can earn from it," he said.

For the past two years, talks have been circulating within the entertainment industry about establishing a Reggae Hall of Fame, but the idea is yet to materialise into any serious plans.