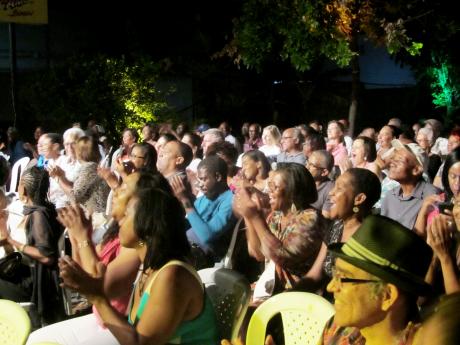 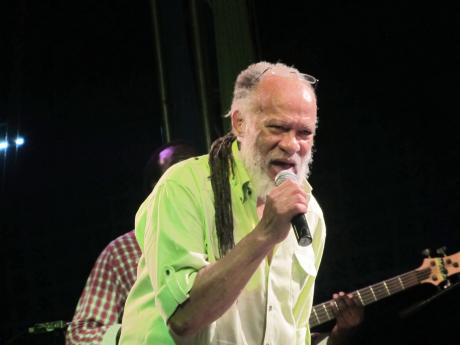 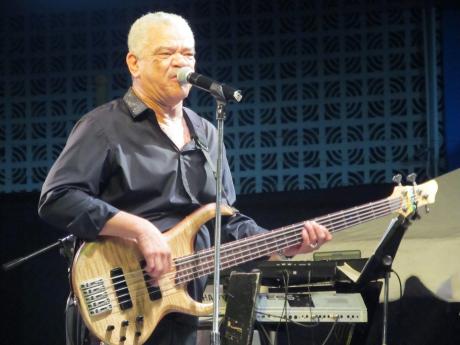 Kingston Music Week meandered its way off the beaten track on Saturday with resounding success. After a shuttle drive from a nearby car park to the venue on Keesing Avenue, off Hagley Park Road, came lively and entertaining performances from a short and effective list of acts.

Celebrated Jamaican musical icons Ernie Smith and Pluto Shervington were the main headliners for Keesing Live. Performing individually and as a duet, they were on a mission - less talk, plenty singing.

After a brief introduction by MC Fae Ellington, Pluto Shervington made his way to the stage. He soon had the audience singing along with his popular songs. Before taking them back to 1976, which he called "a rough time in Jamaica" with This Hard Time Cyaan Last, Shervington enquired of the audience how they were enjoying the show. After their positive response, he said " Good! The drunker you get, the better I sound."

He followed up with satire and puns in songs such as Long-Blackwood, before ending with You Honour.

Ernie Smith continued where his "musical brother" left off. He opened with a request for someone to Be My Queen, and then he sprinkled some Christmas spice, singing that "Jesus comes for one, He comes for all." In paying tribute to those who "have gone ahead", Smith performed a medley that included Rivers of Babylon and Wings of a Dove.

Shervington returned to join Smith on stage. Supported by the Skool Band (Chris McDonald, 'Jerks' Henry, 'Shorty' Mullings, Desi Jones, and Roby Lyn), they continued with a slate of the popular and the humorous, including Tears on My Pillow and Duppy Gunman, ending their fine performance with an audience request for Smith's Life Is Just For Living.

Before Smith and Shervington's, stellar performance Tash, Alex Welcome, and Georgia Henry, backed by Conscious Rebels Band, plied their trade with conviction. Henry, with 30 years' experience under her belt, was in a romantic mood and delivered the likes of Could it be I'm Falling in Love and Patsy Klien's Crazy. Then she got high on One Draw and showed her versatility with a medley of dancehall songs.

After starting with Lionel Ritchie's Hello, Alex got the tempo up with Aint No Stopping Us and Disco Inferno. Tash contributed Secret Hiding Place and an original song.

This was the second time that the organisers of Keesing Live participated in the three-year-old Kingston Music Week. Charmaine Limonius, a member of the planning committee for Keesing Live, said Kingston Music Week is a wonderful initiative, but she had some reservations about the number of events planned for each day of the event. "It means that people want to take in so much, but they can't be everywhere at once, so in that sense, it's a bit challenging," Limonius said.

Freddie McGregor and Busy Signal are on the the intended line-up for the next Keesing Live, to be held sometime in February or March.