By His ‘Saving Grace’ 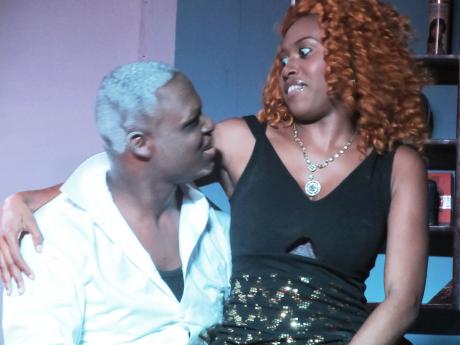 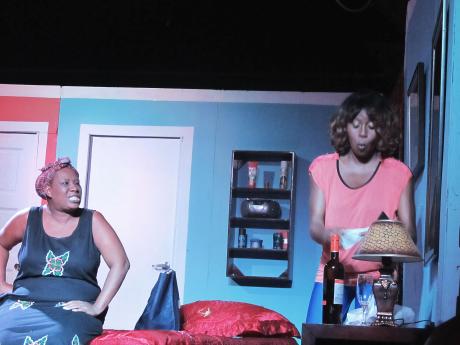 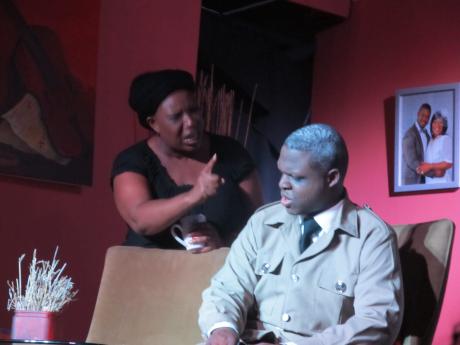 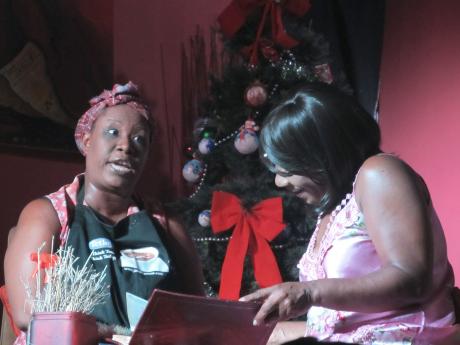 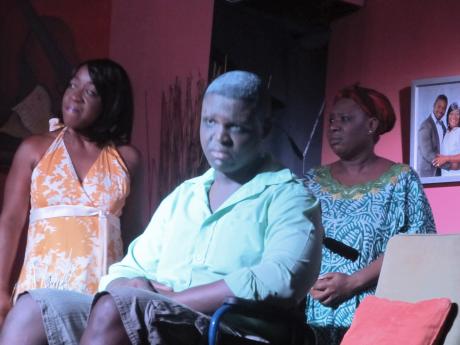 Before the birth of Christ, God gave Moses the Ten Commandments on "two tables of stone". Centuries later, Fabian Barracks, a Jamaican, received an inspiration for a scorching sermon based on the Commandments; in particular the seventh one: "Neither shalt thou commit adultery", Deuteronomy 6, verse 18. He wrote it on several sheets of paper and called it Saving Grace.

On Sunday, Barracks' inspiration was passed on to a full house, not in the calm manner of Moses, but with lots of tears and spiritual fervour, from four actors, on an well-designed set. The venue was Ashe Vibes Theatre, located on Cargill Avenue, St Andrew.

The plot of Saving Grace is simple and predictable. However, the playwright's use of dramatic irony (audience knows but the characters do not) provides an avenue that captivates and excites, with the effective employment alternating the scenes between the two settings of the story, the bedroom of Grace (Renae Williams) and the living room of her lover, Jeffrey Johnson (Nicholas Amore).

The story tells of Grace, a seemingly young, uneducated girl, being maintained by Jeffrey, who is in his second stint of adultery. Both Grace and Jeffrey are Christians who have turned their backs on God. Their actions subsequently resulted in heartbreak and pain.

But with earnest prayers from the well-educated Vivian, Jeffrey's wife (Rosie Murray), and especially from Gloria, Grace's mother, and the Johnsons' helper (Dawnetts Hinds-Furzer), for a saving grace, the story ends with hope.

The linear-structured comedic melodrama, as expected, is interwoven with biblical quotes that are nicely placed and used by each of the characters. For this, the playwright must be commended. However, his directing flowed against the tide of some fine acting from his cast.

Murray and Williams are the pick of the crop of actors. Williams' dumb-blond creation of Grace, was successful to the very end, when the now-changed character addresses Vivian as Mrs Johnson but still addresses Jeffrey by his first name in the presence of his wife. Her consistency during the "contraction" scene and the afterbirth scene was remarkable. In general, she was outstanding in use of gestures and mannerisms.

Murray, a veteran actress who has not been seen on the Jamaican theatre stage for some time, seemed to have picked up where she left off, playing a role that did not offer many challenges - except to be playful. She frequently changed into the finest from the wardrobe and praying and crying occasionally was done with ease and conviction.

Amore and Hinds-Furzer must also be commended for their effort, but there were some weaknesses in the execution of their roles as well. Hinds-Furzer was guilty of overacting especially when Gloria becomes very religious. Perhaps on a less intimate stage, for visibility, the over emoting may have worked, but not for the up-close Vibes Theatre space.

There was also evidence of weakness in the director's otherwise mundane blockings. There is no denying that using double-staging on an already relatively small stage presents a challenge, but Barrack could have been more creative in his movements and placements of his actors. For example, the staircase in the Johnson's home could have been used for more than just entrances and exits; likewise the bed in Grace's apartment was under used.

Overall, the entire spectacle was of a high standard. Aesthetically, the set was well designed. The furniture in each setting was compatible with the characters' status. The costumes also reflected status as well as age and profession. Jeffrey, a high-ranked police officer, wore a khaki suit that communicated his position in the force. The voice overs and sound effects added to the creative process. However, the lighting told another story. In some areas, especially stage right - the Johnson's residence - there were too many shadows, especially in the night scenes.

But there is no denying that Saving Grace is a must-see, parental guidance is recommended.