Johnny Depp is most overpaid actor in Hollywood? 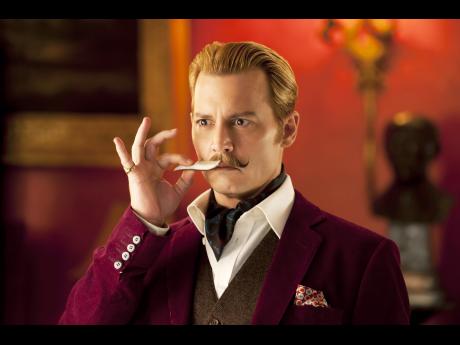 Johnny Depp is the most overpaid actor in Hollywood, according to a new report.

The study, conducted by Forbes magazine, found that Depp - who is estimated to have annual earnings of around $30 million (£20 million) - returned just $1.20 for every $1 he was paid.

The 52-year-old star took the unwanted crown after a string of box office failures that included Mortdecai, Transcendence, and The Lone Ranger.

Of these, The Lone Ranger was found to be the biggest flop, with Disney estimated to have lost upwards of $150 million on the western.

Despite this, Depp's career is widely considered to be on another upward curve at the moment after his starring role in the critically acclaimed Black Mass, in which he played Boston gangster Whitey Bulger.

Depp is, in fact, expected to be among the Oscar nominees for his convincing portrayal of one of America's most notorious criminals.

Elsewhere on the list, Denzel Washington occupies second position, having returned just $6.50 for each $1 he was paid, while comedian Will Ferrell is in third.

The list itself is based on the last three films each actor starred in before June 2015.