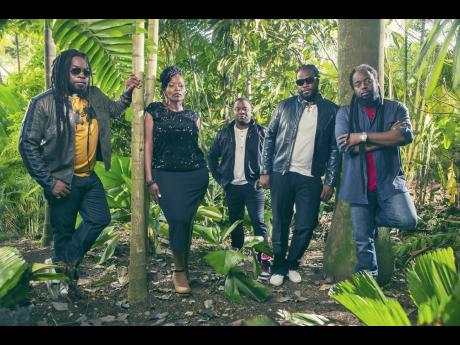 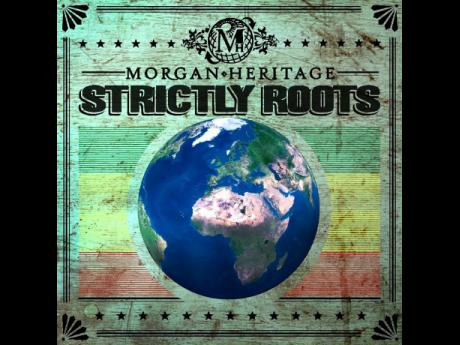 It's been a long journey for Morgan Heritage to get to the point where they are now - Grammy nominees - being one of five acts nominated for the 2016 award in the Best Reggae Album category.

From their first record deal in 1990, with the little known Apollo Records, which yielded the R&B album, Growing Up, to their latest, the Grammy-nominated Strictly Roots, Morgan Heritage has paid their dues.

While today's generation knows little or nothing of Growing Up, which was only released in Japan, fans would have been pleased over the years with the group's many hits, including Down by the River, Reggae Bring Back Love, She's Still Loving Me, Tell Me How Come, among several others.

Now, Morgan Heritage goes up alongside fellow countrymen Barrington Levy, Luciano, and Jah Cure, along with Ghanian Rocky Dawuni, for the Reggae Grammy.

There are no surprises here, as all five nominees are deserving of the honour of being nominated, having consistently recorded good music.

The real surprise, though, is that it took the group, children of veteran Jamaican musician Denroy Morgan - from 1992, when they came to Jamaica to focus on reggae, to 2015 - all of 23 years to be recognised at the highest international level for their exemplary contribution to the genre.

"To be 100 per cent honest, I think we had it (Strictly Roots) in front of people who vote for the Grammy. I think it's the marketing that made the difference," percussionist with the band, Mojo Morgan, explained to Entertainment Avenue from his base in Florida, United States.

While acknowledging the invaluable contribution that VP Records and the many persons they have worked with over the years have made to their career, Mojo said there were always things the group wanted to do by themselves.

Having been able to accomplish that, with the end result being Strictly Roots, the band members are particularly proud that their hard work is now being recognised.

Strictly Roots, the band's 10th studio album, was released in 2015. It comes with 13 tracks and features collaborations with Shaggy, Chronixx, Jo Mersa, Jemere Morgan, and others.

The album is doing quite well and was top of the iTunes chart in several countries, including Germany, Switzerland, Sweden, Holland, the Caribbean, and the US.

"iTunes actually named it one of the best albums, and Light It Up, a song we did with Jo Mersa, one of the best songs of the year. We were also featured on iTunes, home page, and to be featured there says a lot. Yeah man, the music is growing," he said.

Mojo continued, "We have always pushed the envelope when it comes to the sound of reggae. We try to appeal to a wider audience. When we're making an album, we try to put together a body of work where every song is a potential single. It's not about the money. We always try to put our best foot forward. We always try to make sure we give 150 per cent, irrespective of the producer. We do music with a passion and we hope we can be an inspiration to all young musicians across the world."

"So you can imagine how proud we feel that Jah Cure got nominated alongside us."

Mojo said the band is grateful for the support they have received, and that has enhanced their career.

"We have to show a lot of appreciation, so we're really grateful to the people behind the music. We have to identify that we didn't get here alone, so we want to say thanks to Ray Alexander, Malica from MPR Consulting, Contractor Music Marketing, Naheesha from Urban Relations, and General Manager Wendy of the label, who coordinated the marketing efforts. They made sure that Jamaica got to know about the album."

What's next for the group? They begin a tour of Africa later in December, which will include performances in Malawi, Zimbabwe and Senegal. Next year, they will make the big announcement regarding their collaboration with UNEP on an environmental programme that will seek to bring awareness to environmental issues in Africa.