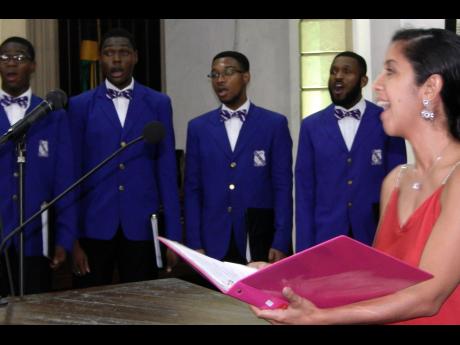 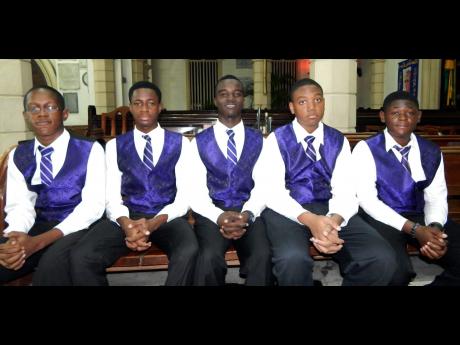 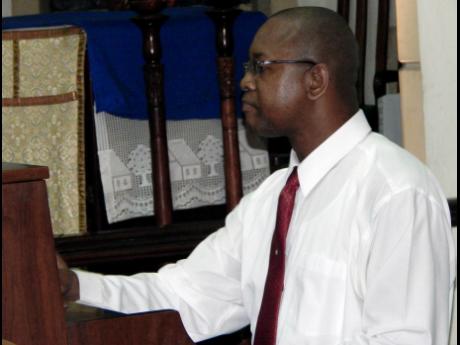 Michael Reckord
Organist and pianist Livingston Burnett at the piano. 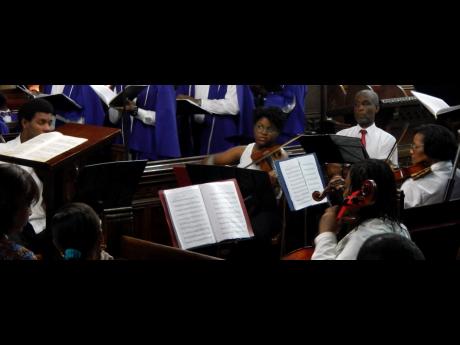 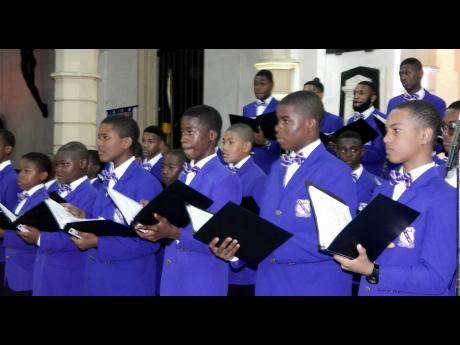 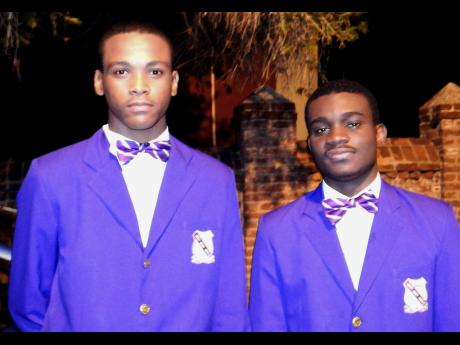 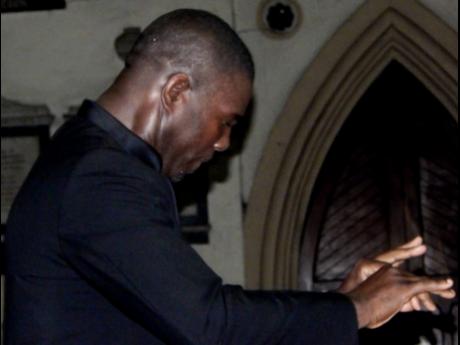 Preparation for the Kingston College Chapel Choir's 2015-16 Christmas Concert Season began in earnest with a music camp at St Hilda's Diocesan High School, Brown's Town, St Ann, last summer. The first of the two concerts in that season was held on December 20 at the chapel, University of the West Indies (UWI), Mona. The second, which I attended, was on Sunday at the St Andrew Parish Church, Half-Way Tree.

One of the first things I noticed was how much the group has grown in recent years. Now attached to the 50-strong choir itself are a chamber orchestra and a band.

A brief history of the choir, which celebrates its 70th anniversary next year, was given in the programme. In the early days, the choir sang primarily at chapel services during the week, but later started singing at church services throughout the country. In the early 1960s, it started giving sold-out Christmas concerts at the Carib cinema, Cross Roads.

Overseas tours began in the 1980s, to the Cayman Islands and New York, Miami and Washington, DC in the USA. Nowadays, the choir is very busy. Over the past five years, it has given an average of 45 performances a year.

That sort of growth, crowned by the fact that in the 1970s the choir was elected to the St Nicholas Guild of the Royal School of Church Music (the first Jamaican choir to receive that honour) shows that the choir has long been top-of-the line.

So Sunday's large audience was probably expecting the excellent concert that it got, one marked by lots of variety. There were 21 pieces, including the main one, Vivaldi's Gloria, and the usual unprogrammed 'brawta' at the end. As none was poorly performed, I can only touch on the outstanding items.

Gloria was one. Composed in about 1715 when Vivaldi was a priest and music teacher at the Ospedale della Pieta orphanage for girls in Venice, it opens with the words that St Luke reports the angels sang in announcing Jesus' birth to the shepherds in the field.

The Latin words of the hymn were translated to English in the programme as "Glory be to God on high, and on Earth peace among men of good will."

Lasting just under a quarter hour, the work is complex and calls for sustained focus by the young choristers, divided as they are into relatively large groups of trebles, altos, tenors and basses. (At least some of the basses are KC 'old boys'.)

There is also a lot of part-singing and some solo performances. Soloists were altos Khyle Townsend and Joshua Swaby and guest soprano Jodi HoLung. Altogether, they produced music that was not only beautiful, but came across as heartfelt.

The solemnity of the programme's first half, which was devoted to the Gloria, lightened quite a bit in the second half. There we had playful pieces like Carol of the Bells and Ding Dong Merrily on High, in which the boys' voices mimicked the ringing of bells. There were also bouncy pieces like African Noel (which featured strong drumming by the band), Ernie Smith's All for Jesus and Noel Dexter's Jesus Is Born. All the songs had both the choir and audience members swaying and jigging on the spot.

One very unusual and delightful item was Andrew Carter's Esta Noche, a Spanish carol featuring a solo (with some yodelling) by HoLung. She sang the piece with a small group of altos, tenors and basses taken from the larger choir.

The sublime, quintessential Christmas carol O Holy Night was also performed by selected altos, tenors and bases. They provided a sound which, though not as rich and textured as the full choir's, can be just as enjoyable.

The printed programme noted that carols arranged by the late Sir David Willcocks, one of England's most celebrated choral conductors and composers, have been a favourite of the choir's over the years. Two of his compositions, Unto Us Is Born a Son and Lord of the Dance, were beautifully rendered.

In giving thanks to those who participated in the concert, rector of the church, the Rev Canon Sirrano Kitson, said that "the music lifted heart and soul". The audience's enthusiasm throughout the concert suggested that he was right.