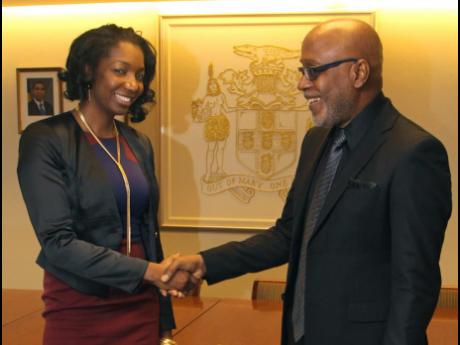 A museum honouring the life and work of Peter Tosh, one of Jamaica's global music legends and founding member of the critically acclaimed reggae group, the Wailers, will open its doors in Kingston this summer.

The museum will be located at The Pulse Centre on Trafalgar Road, to be renamed the Peter Tosh Square. The project is a collaboration between the Peter Tosh Estate and Pulse Investments, and it comes on the 40th anniversary of the release of the classic and prophetic hit single, Legalise It.

When the Peter Tosh Museum opens, Jamaicans and visitors from around the world will be able to see a collection of fascinating Tosh memorabilia and artefacts that have intrigued and mesmerised reggae lovers for decades, including Tosh's famous M16 guitar and his beloved unicycle that became one of his favourite means of transportation. Some of the treasures will be displayed to the public for the first time. Visitors will be able to relive aspects of the non-conformist, futuristic and abundantly creative Tosh experience through sizzling audio and video recordings featuring the superstar. Exclusive merchandise will also be available for sale at the museum.

"This is an important turning point in the preservation of my father's legacy, and the museum will allow my father's message of equal rights and justice to be heard by generations, both young and old," said Niambe McIntosh, daughter of the Grammy winner and administrator of the Peter Tosh Estate.

Cooper, who was the promoter for Tosh's last 1983 concert, was very happy that the lengthy negotiation had finally borne fruit and he is looking forward to this game-changing project.

"The great Rastafarian campaigner for equal rights and justice, for the abolition of apartheid and for the legalisation of marijuana, who did not get his due in life, will now get his due after death," Cooper said.