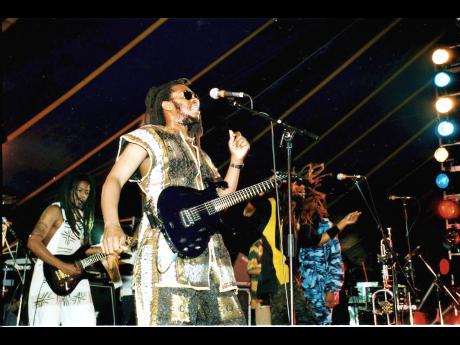 A new crowd-funding campaign has been launched in the hopes of completing a new documentary on legendary reggae band, Steel Pulse.

The previous crowd-funding campaign raised more than £30,000, but an additional £10,000 is needed to put the finishing touches on the documentary.

Filmed in the UK, the Caribbean, West Africa, Haiti and the United States, the documentary is expected to address the band's four decades of performing and recording albums such as the debut Handsworth Revolution, Earth Crisis and Rage and Fury.

Snoop Dogg (aka Snoop Lion), Red Hot Chilli Peppers' drummer Chad Smith and Bob Marley's widow, Rita, are among those set to feature in the film, which is narrated by Lethal Weapon star Danny Glover.

The man behind the film, Yonathan Gal, has worked with the band and Oscar-nominated filmmaker Mike Lerner on the production. Gal revealed that the documentary will feature some never before seen footage of the band, as he has been given access to thousands of hours of unseen footage, as well as hundreds of private photo collections and rare dubs to make the feature.

On the official crowd-funding page, Gal encouraged persons to donate to the cause, as he said that the participation of fans in the project, is what makes it special.

"We need just another £10,000 towards finishing this important film about one of the world's greatest reggae bands, Steele Pulse," he explained. "We can raise the rest through more traditional funding avenues, but we need the participation of the fans to keep this film pure and intact." He went on to thank those who donated to the previous fund, stressing that without them, the film would not have gone that far.

"We give thanks to the 449 contributors who helped us raise funds towards the completion of our movie, Dreadtown. We ran an Indiegogo campaign between November 10, 2015 and January 10, 2016 and we had an amazing response."

Founder and frontman David 'Dread' Hinds said: "You have chosen our path of Universal Love and Justice through music. And because of this we have managed to survive. Please continue to support us and our director Yoni, and the production team through thick and thin."