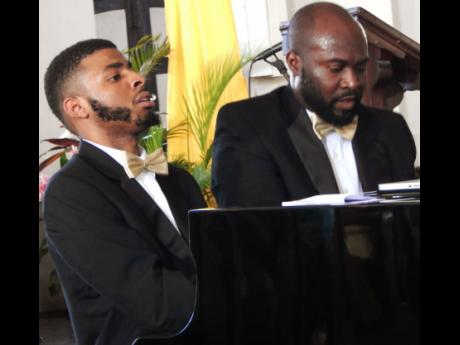 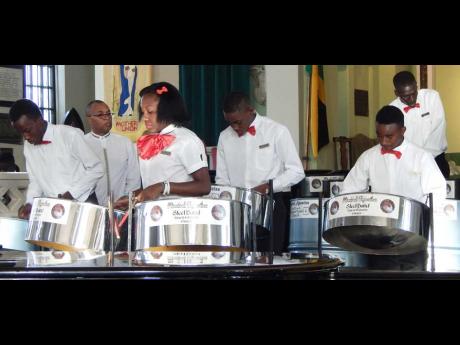 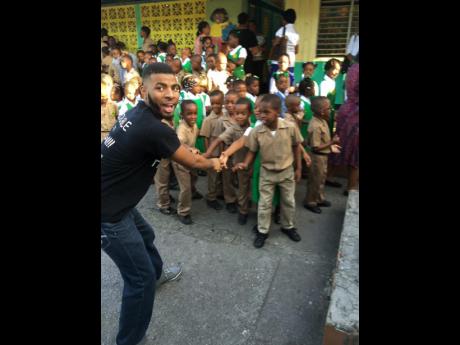 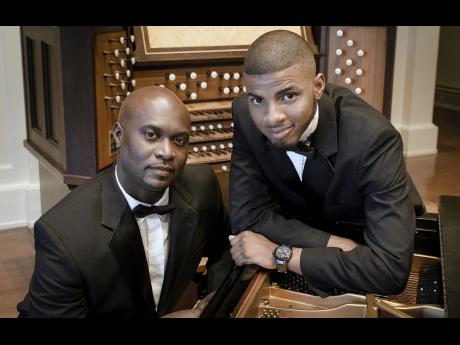 A Jamaican concert pianist and an American concert organist have teamed up to offer classical music in a revolutionary way. Dressed in costumes, the two will present an interactive full-length show called Double Treble: The Competition that will include dance and drama along with the music.

The two, Jamaican Karl Van Richards and American Roderick Demmings Jr, who together formed the duo Double Treble, told The Gleaner of their plans on Sunday, just after giving a well-received concert at Kingston Parish Church.

Among the concert items which will also be featured in The Competition are Rossini's William Tell Overture, Franz Liszt's Hungarian Rhapsody and Bach's Brandenburgh Concerto. Another item will be an original arrangement of Michael Jackson's Billy Jean.

On Monday afternoon, just hours after the interview, this writer got an email from Richards stating, "We have just landed in New York.... On February 28 we will perform at Convent Avenue Baptist Church, New York, and then travel to Dallas for two shows (March 18 & 19) at the Clarence Muse Theatre."

Also playing on Sunday was The Musical Apostles Steel Band, described by the church's rector as "an outreach project of the church to help nurture inner-city youth in the right direction and keep them from roaming the streets, which can often lead to them becoming involved in crime and violence." Coincidentally, that is also an objective of The Competition project in America.

Explaining the formation of Double Treble last year, Demmings said he and Richards saw a conservatory-trained young musician playing her violin on the streets of Baltimore, her case open to receive money from passers-by, and vowed that they would never get into that position. By the following day, the two had conceptualised the name Double Treble (a pun on 'double trouble') and the Competition project.

"The real mission for us," said Richards, "is to revitalize the image of classical music. We feel a classical music concert doesn't have to be sterile; it can be quite an uplifting experience. When you do music from the heart, it touches the hearts of others. We try to focus on programming that is recognizable and exciting to the audience."

Demmings who grew up in the Black Baptist Church in the Southern United States, said he could have got involved in "negative endeavours," but was kept interested in music by his mother and father, both musicians.

Because of that training, he said, "I'm now able to travel around the world today performing. We want to give that same sort of inspiration to other young people out there so they don't get into a negative lifestyle."

Demmings, an award-winning organist and pianist, made his Carnegie Hall musical debut in 2006, more recently performed as an organist with the Vatican choir, and is currently studying at the Peabody Conservatory in Baltimore, Maryland. Richards, who was part of the Cathi Levy Teen Players in Jamaica, holds a Bachelor's degree in music from the University of Miami and a Master's degree from Lynn University.

Asked why he chose to study classical music and not gospel or pop, Demmings said, "I play all genres - gospel, pop but classical music always presented me with more of a challenge; gospel comes naturally."

Explaining what fuels his passion for helping youngsters, Richards said while teaching piano in a performing arts school for at-risk youth in Fort Lauderdale, Florida, he saw how music could bring about fundamental change in young lives.

"In my piano class would be older boys who were going through puberty, not getting along with teachers but into sports and girls, real troublemakers," he said. "The school didn't always handle them well, but didn't want to put them on suspension.

"When they first started learning music, they were, 'Aw, we don't want that. This is foolishness. Classical music is not our thing.' But they started to learn and started to see that sitting down at a piano can calm you when you're having a rough day. You get to internalize and block out stuff.

"And it's a confidence builder in these young kids. When they're playing, friends who know them in a bad light would see them in a positive light. Their attitudes changed because of that. So boys who before were reluctant to play the piano started playing."

Richards paused and grinned. "And now they're attracting all the girls."

A gifted 15-year-old boy, Deonte, within a year of starting lessons went from being a novice to playing very well, he said. "He got a chance to play at the Hard Rock Cafe, and to meet celebrities like Sheryl Lee Ralph. With the music alone he was able to turn his life around."

He added, "Roderick lives in Baltimore and it's just crazy there - with the drugs, the unemployment... We believe it's a lie that kids these days can't enjoy classical music." He got proof of that just last week Friday at a master class in organ music that Demmings gave at Mona Primary School.

"The kids there had never experienced classical organ but they were having a blast just hearing the sound, seeing the pistons...and by the end of it they were playing," said Richards. "We just need to expose the kids. They'll like what they're exposed to."

On how much he benefited from being with Cathi Levy's Little People and Teen Players club, he said: "It taught me about loving others and treating others right and finding your gift and trying to be the best at it. I learnt a lot about excellence and perseverance, as well as the more obvious things about theatrics and performance.

"At the end of the day, I learnt from my Little People days that it is one thing to have the best voice and the best body for dance, but if you don't show that you're enjoying what you're doing, you can't connect [with the audience]."

Demmings and Richards then started speaking alternately as they gave information about the coming Double Treble: The Competition tour. Their delivery was reminiscent of the way they had played four-hand piano pieces earlier during the concert.

Richards: "The show opens with the William Tell Overture, with Roderick dressed in his tuxedo. I come out in an 18th century powdered wig. The show is far more theatrical than your standard recital."

Demmings: "We're not trying to attract 'stush' audiences. We want those who have never been exposed to [classical] music to come in and be enthralled. The show is interactive."

The Gleaner: "Where do you start?"

Demmings: "We have a concert in New York, which is a sort of predecessor to the real show, which starts in Dallas, Texas, my home town. After that there's New York, Chicago, Los Angeles, Atlanta, Washington, D.C, Baltimore. ..."

Demmings:" We'd love to bring it to Jamaica. I love Jamaica."