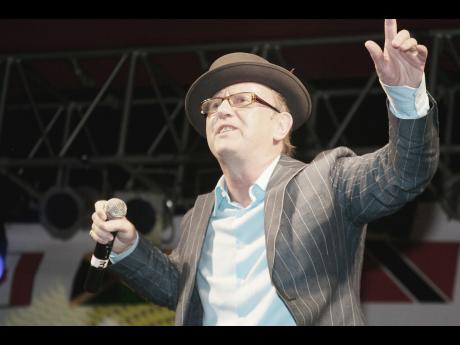 A small crowd gathered at the Vera Moody Concert Hall at the Edna Manley School of the Performing Arts last Thursday night for the second installation of the Reggae Open University panel discussions.

The event which is part of the 2016 Reggae Month celebrations, sought to air concerns about reggae music, in an effort to find out why the music being produced by local acts continue to sell far less than that of their international counterparts.

Under the theme, 'Reggae Mekyah but Nah Sell Yah', the discussions were formed around an issue which caused major unease in the local industry last year. In December, an article released by internationally acclaimed magazine, Billboard, named UK artiste Joss Stone as the 2015 Reggae Artiste of the Year. The revelation caused quite a stir in the local sphere, especially on social media. Users took to Instagram, Facebook and Twitter, to express how appalled they were at the Billboard article.

Social media users felt that Stone, being named as Reggae Artiste of the Year, was an insult to Jamaican acts and the country on a whole. The situation garnered so much attention, that Billboard had to release another article explaining its reasons for bestowing such a title on a non-Jamaican. According to Billboard, its choice of Stone was purely based on sales, as the singer had the best selling reggae album of the year. With that incident still fresh in the minds of many Jamaicans, it formed the foundation of the discussions last Thursday night.

The night's panel included the likes of panel of BBC 1Xtra's David Rodigan, JaRIA's Ibo Cooper, Glory Music's Tommy Cowan and Canada-born selector and sound system operator, Dr John Farrugia, all of whom have had inside experience on the intricacies of the music industry. In addressing the issue of why local artistes aren't selling, all the panellists pointed out that music sales across the board - in all genres, are not what they used to be. They also pointed to the advances made in technology over the past few decades, and the fact that music sales have dropped significantly, so the issue is not unique to Jamaica.

"Not much music is selling," said Rodigan. "It's not just reggae music. Streaming has affected sales dramatically. People now know that they can have access to the music in a matter of minutes now, so they aren't bothering to buy records, that's the reality."

There was general consensus however, that local acts weren't doing enough to compete with the changing industry, and according to Tommy Cowan, the key to solving Jamaica's sales issue on international markets is education.

"A lot of artistes don't know what they need to do to get to where they want to be," he said using the success of his wife's (Carlene Davis) latest album as an example. "Dripping Blood, has been in the Billboard top 10 now for 22 weeks and sales have been fairly decent," he said. "Before this success, we didn't know what we needed to do in order to get on the Billboard, but now we know, so the next time we'll have a better chance of getting to the top."

Cowan also said that the application of proper marketing techniques is what has been the distinguishing factor between the sales of international reggae acts and local acts. The industry needs education, the industry needs policies," he said. "Jamaican artistes need to educate themselves on the changes that have occurred within the industry, in an effort to stay on top of things, literally."

In coming up with solutions to the sales problem affecting local artistes, the panellists discussed the possibility of Jamaica establishing a national distribution company within the music industry. This mega-company would be responsible for giving locally produced music, a collective push. This would not only pull the industry closer, but ensure that all artistes are marketed on a large scale. The idea left the audience and panellists alike, with mixed feelings on the impact such an establishment could have on the country should it materialise.

While some believed the idea could work for the long-term good of the industry, others felt it could put a limit on the artiste's creativity and the type of music they put out.

"I think in theory, the idea of it (a national distribution company) does make sense, but in reality, I don't think I've ever seen a country do that well," said Farrugia. "Outside of Jamaica, reggae almost seems like it's coming from one place, but you touch down here and you realise that it's individuals who are all making it happen. So before you think about a ministry or cultural institution, dictating what is personally promoted from the island, I would personally push professional practises so artistes can figure out how to make their careers work."

Rodigan believes however, that while any promotion would spell good for the country, a group effort from would go a larger distance.

"That would be good for the artiste and their appeal as it would mean that they would become known because they have an entity behind them," he said. "Any promotion is viable because it creates awareness. You've got to promote whether you're handing out free copies of your music or whether it's a group effort from Jamaica that tells the world about what Jamaica is doing, it's all the same thing but if we have a group we have more power and more influence."