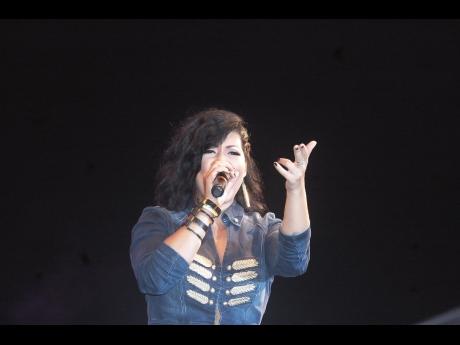 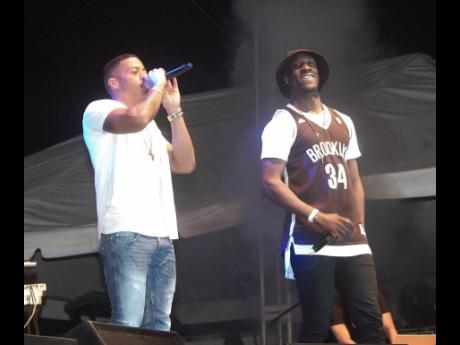 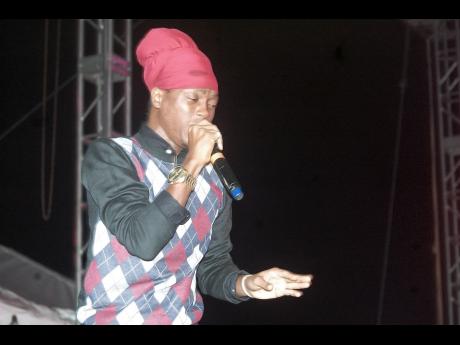 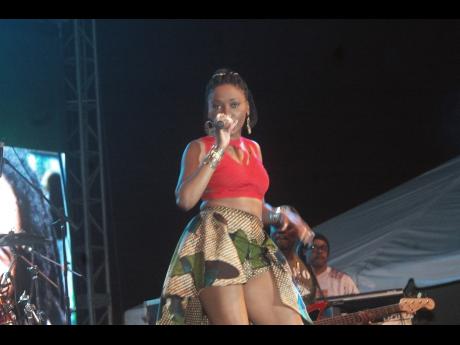 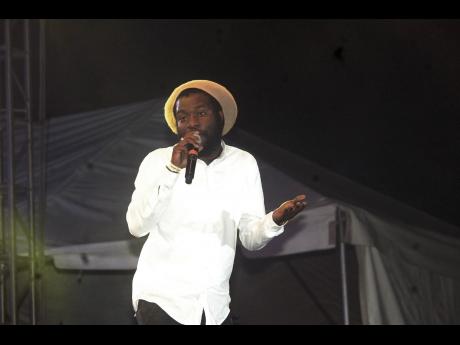 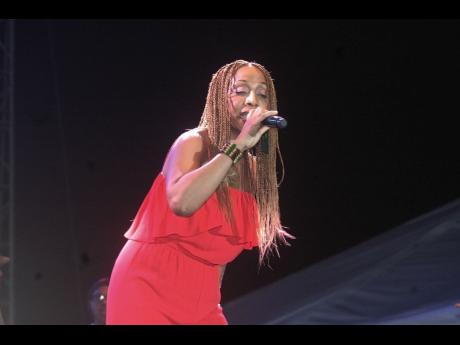 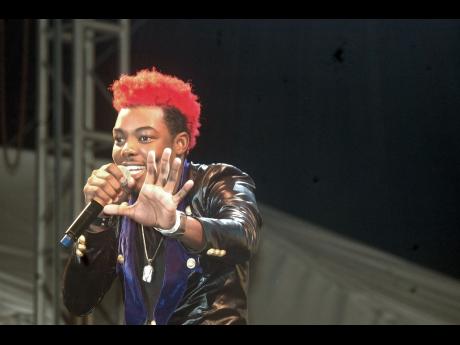 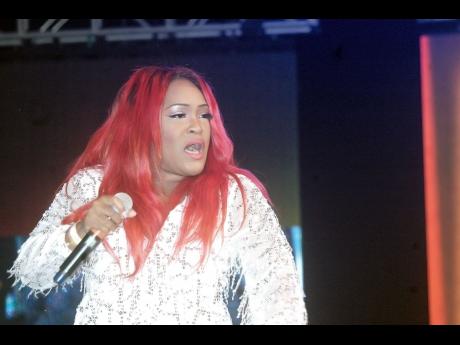 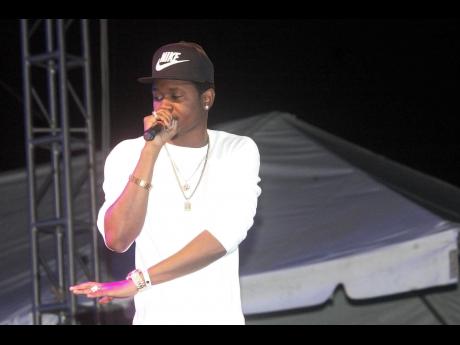 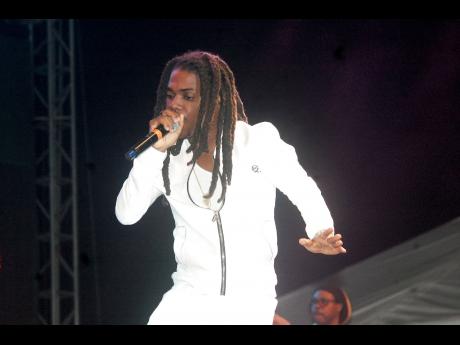 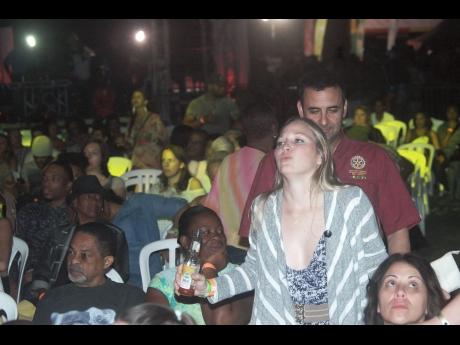 Adrian Frater
The music at Saturday's One Love Music Festival in Montego Bay, St James, moves members of the audience. 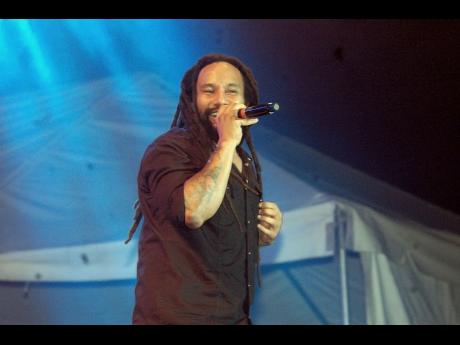 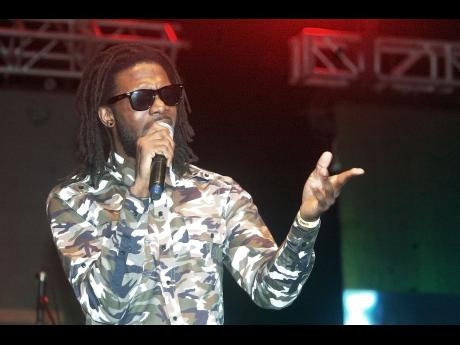 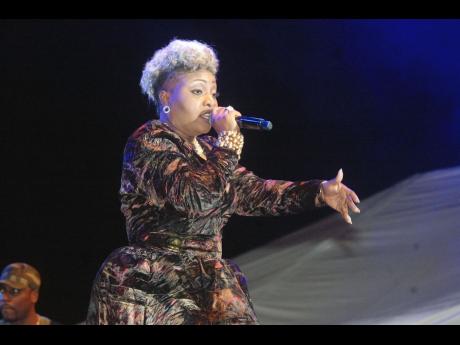 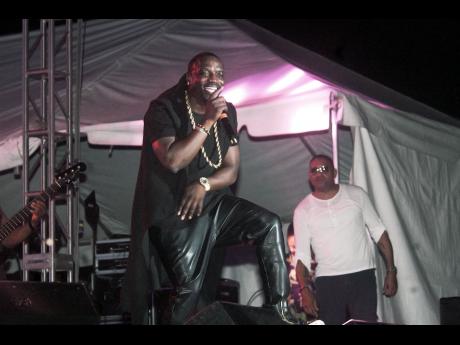 While it had moments of brilliance in between protracted band changes and two high-profile 'no shows' at the end, Friday night's concert segment of the inaugural One Love Music Festival was somewhat disappointing.

The closing set by international artiste Akon and earlier performances by No-Maddz, Tanto Metro and Devonte, Ikaya, Tessanne Chin, Skip Marley and Ky-Mani Marley were probably good enough to keep the show dragging on until just after 5 a.m. However, the non-appearance of Morgan Heritage and Jesse Royal, who both came to the venue, but left with daybreak looming over the scenic Aqueduct in Rose Hall, Montego Bay, was a major disappointment.

The powerfully built Akon, who took centre stage nattily attired in full black at approximately 3:57 a.m., came ready to work. He had fans, many of whom had slept through the prolonged band change which preceded Akron's arrival on stage, dancing as he opened with Shakedown and Hustler.

With the members of his musical team providing sterling vocal and instrumental support, Akon kept the excitement level high as he blended old with new songs and even went into overdrive, playing the conga drums. He then lifted his presentation to cloud nine with masterful renditions of Mr Lonely and Black Sweetness. A hardcore dancehall-style combination with ace deejay Beenie Man added extra gloss to Akon's memorable display.

Tessanne Chin evoked much excitement, but her stint was fairly short. Still, Chin gave a rich taste of her exemplary vocal qualities on Next to Me, Let it Go and the Bob Marley songs Could You Be Loved and Redemption Song.

While Chin was good, the vocally awesome Ikaya was dazzling. With her stagecraft, delivery and general mastery, Ikaya left no doubt that she is ready to break internationally. Fly Away, Lenient Wife, Ugly Girl and her version of Redemption Song left no doubt that Ikaya's stocks are very high.

The festival, designed to mark the 71st birthday of reggae legend Bob Marley, got royal treatment from the reggae king's grandson and son, Skip Marley, and the multitalented Ky-Mani respectively, both played excellent sets.

There is no doubt that Skip Marley, Cedella Marley's son, has music in his DNA as his raspy voice has his granddad's signature sound. In addition, Skip's stage mannerism and the cool confidence with which he delivered his grandfather's Heathen, Rastaman Vibration and Redemption Song left no doubt about his authenticity.

Ky-Mani was in cruise control, sounding very much like his father in his prime. Blending witty social commentary with pulsating lyrics, the thickset singer was light on his feet and crisp in his voice, making his mark with his In Love With A Rastaman and Blunt and Rolling Paper, along with Bob Marley's Who The Cap Fits and the universal reggae anthem, One Love.

No-Maddz, minus two of its vocalists, played a fun set, which provoked much laughter from the fans. They left no doubt that total entertainment is their business and showed with the refrain 'poo puku poo' that they are chock-full of creativity, style and very obvious substance.

The show, which started with promising vocalist dBURNZ evoking memories of Peter Tosh with his booming voice and militant lyrics, was devoid of issues which came up later as the likes of Sabrina Diva, Devin Di Dakta and the sweet-sounding CK demonstrated excellent musical prowess.

Tanto Metro and Devonte were their accustomed charismatic selves, blending catchy dancehall lyrics with classy dance moves, much to the delight of the fans. Teflon came blazing hot with stinging lyrics and high energy. Young Jahmiel showed the maturity of a seasoned act, demonstrating real class with his potent lyrics.

Kranium, an overseas-based son of Montego Bay; the authentic-sounding Iba Mahr and Norwegian duo Niko & Vinz all gave pleasing performances and, like veteran songbird Nadine Sutherland, used their time on stage to market themselves as acts with the sound and catalogue to break on the global stage.