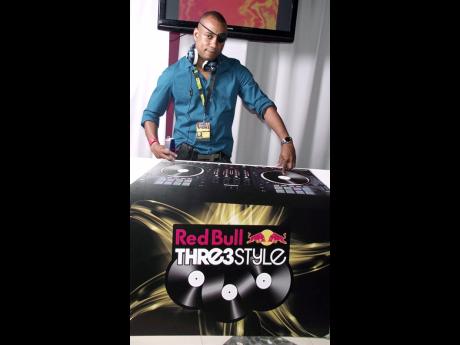 They may be considered as being old-fashioned, but vinyl records have been bringing in more revenue to the pockets of reggae artistes than digital sales in recent times. Vinyl has been making its way back to popularity, after steadily losing popularity to the cassette tape, and becoming almost extinct with the introduction of CDs.

However, now referred to as the gold of the reggae industry by some reggae enthusiasts, vinyl appears to be the key to bringing the local music industry to a state of recovery where sales are concerned.

"Vinyl is really a collector's item and I miss them. The only thing I don't miss about vinyl is the weight to carry them. This digital download system is mainly free and it's hard to track the actual sales of our music that way. When you play a vinyl record, you get the sound as close to the wave format as possible and it sounds better. And for old-school DJs like me, playing a vinyl feels better," he said.

The DJ also encouraged Jamaican artistes to make their records available in the vinyl format if they want to see profit from their work. He was however, quick to point out that he was by no means implying that recording artistes should totally abandon digital music.

"We still have to do digital, but we have to figure out a way to get some of our music on vinyl. So make the right links and get some vinyl distribution," he said.

Delano, who has worked on hits with the likes of Sean Paul, says his previous hit projects are all available on vinyl and he will be going the same route with his new releases.

"People like King Jammys and Coxone Dodd have a gold mine right now. Because records from that era are what people are searching for on vinyl. My aim is to be in that position in years to come, that is why I am here making the right links," he said.

The DJ who recently became the first Jamaican DJ to be booked for SXSW Music Festival, says aside from the fact that vinyl transmits reggae better than digital mediums, increased sales in vinyl records can also be linked to the resurgence of the sound system culture, Jamaica's dub music and EDM.

"The sound system culture is booming in Europe and some of those guys only play vinyl while others play both. People like King Jammys, Jack Ruby and Mugas Hifi - as selectors, are popular in that side of the world, but it?s mostly a foreigners playground. The dominant genres are dub-wise, reggae and EDM. EDM was copied from Jamaica's dub music, so the youth overseas are buying dub vinyl, reggae and EDM. I am just hoping that Jamaica will get its due credit because we are the true innovators of this thing," he said.

Many contemporary Jamaican sound systems have totally abandoned the vinyl and are not the ones benefiting from the sound system resurgence Delano speaks about. He however, gave credit to Stone Love and Bass Odyssey for their role in preserving a small portion of the culture, while highlighting that the Jamaican government should be putting more effort into its longevity.

The Sunday Gleaner, also spoke with Leslie Cooney, overseas based manager/representative from U.S., record label, Delicious Vinyl. According to Cooney, if contemporary Jamaican artistes create good music and direct some of their focus to vinyl distribution, they will see improved sales.

"You can outsell digital downloads if you put out a good vinyl. If you have a popular record and you don't go the vinyl route you are missing out on a strong demographic of people," she said.

According to the Recording Industry Association of America's (RIAA) 2015 statistics, there was a 32.5% decline in revenues for CD sales in 2015, while vinyl revenues have grown by 52.1% over the last year. The RIAA also noted that vinyl sales raked in $226 million in the first half of 2015. Streaming outlet Spotify, brought in a total of $162.7 million in the first half of 2015.