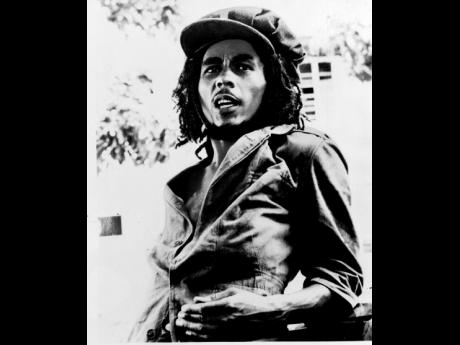 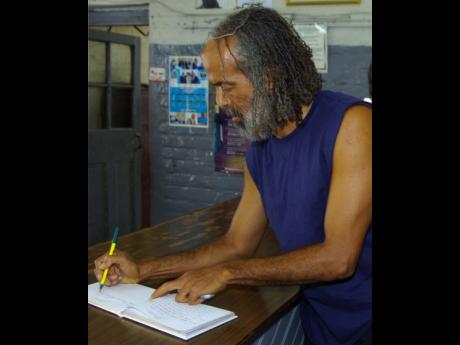 Football genius Alan 'Skill' Cole may, perhaps, be the most authentic repository of many untold stories about the life of reggae superstar Robert Nester Marley.

Once the music manager of Marley, Cole was extremely close to the music legend, particularly at a time when Marley was on the threshold of becoming the greatest reggae artiste of all time.

In an early February 2016 interview with Cole, who, incidentally, was my football team-mate in the Boys Brigade 64th company and a schoolmate at Kingston College, he made some startling revelations concerning little-known stories about the Gong.

Cole claims that many of the stories, some of which he would rather not "go into", are nowhere to be found in Marley's biography, and even if they were, many were fallacious.

"Many people jumping on the bandwagon and claiming that they know about Bob, most of it is just fiction. Bob is a man who never talk much, so it is unlikely that people would know much about him. I am the only person that I can honestly tell you that he didn't hide anything from. When we used to drive together and sell records, Bob would tell me stories. He would drive, and I would listen, and as soon as anyone came close, he would cut off - and that was the quiet part that nobody knew. He told me his life story, and I don't think anybody else knows," Cole revealed.

Music and football were the unifying forces that brought the two mega-stars together. According to Marley's confidant, "He loved football and I loved music. It was part of a divine plan. that's how we came together".

Cole first met Marley at a minor league football match in Trench Town in the early 1960s, but the friendship wasn't cemented until the latter part of the decade when the Wailers (Bob Marley, Peter Tosh, Bunny Wailer) began to conduct their own business under their Wail 'n' Soul record label. Right on the heels of this venture, Cole entered into a business relationship with the Wailers by becoming their manager, while Marley had the vision of starting a new company and a new label.

"He wanted something tough like a gong", said Cole. The Tuff Gong label and company was, therefore, born in 1970 and immediately released Harbour Shark and Trench Town Rock, the latter becoming the song of the year.

In the recording, Marley stated:

"One good thing about music, when it hits you, you feel ok.

So hit me with music, this is Trench Town Rock

You reap what you sew

And only Ja Ja know."

Other songs that came under the management of Cole included Guava Jelly, Craven Choke Puppy, Concrete Jungle, Lick Samba, Lively Up Yourself, Redder Than Red, Belly full but them Hungry, Natty Dread, and Screwface.

One of the most startling revelations that emerged from the Cole-Marley friendship was that Marley was psychic. Cole said that as a youngster living in Nine Miles, St Ann, Bob's natural mystic was awakened and he began to read palms.

"As a little boy in Nine Miles, he used to read palms. People used to line up and he would read their palms. When him stop doing this was the first time him father tek him to town and carry him outa west, near back-o-wall (because him didn't go to Trench Town initially), and when him meet the Rastaman dem, dem say that a devilism and him just let it go," Cole disclosed.

He continued, "Even when he went back to Nine Miles and the people kept coming, he told them that him stop doing that."

In another episode, Cole revealed Marley's prediction that in time to come, he would build the best studio in Jamaica. When Cole expressed some doubt, Marley retorted: "you goin' live to see it". It did happen.

The association between the two ventured into certain unexpected areas like songwriting mentorship, and mediation. Cole wrote Marley's big hit, Rat Race, and co-wrote with him on Natty Dread and Johnny Was, which told the story about a talented young musician who was shot dead.

A brother of Delroy Wilson, Johnny was well respected by Marley, who expressed a mother's grief in the recording:

"Woman hold her head and cry

from a stray bullet.

Woman hold her head and cry

Explaining to her was a passer-by

who saw the woman cry.

Wondering how can she work it out.

Johnny was a good man."

The recordings One Love, voted the song of the millennium by the BBC, and Cry to Me, originally recorded by the group for the Studio 1 label, were reworked by Marley at the instigation of Cole, who thought that they were worth re-recording in the reggae mould.

They helped relive the memories of the golden years when the ska beat was the dominant musical force. Shortly after, Cole played a pivotal role in helping Marley move out of his introvert state and into being a more sociable person.

"Bob wasn't really that type of person who socialised. I had to do a lot of work to help him socialise. At the time, it was just Trench Town to studio and back. He was very confined to himself as a man, so I had to get him to move around so he could know people like some of my friends."

At a point in Bob's career, when the group seemed to be breaking up, Cole played the role of mediator. He revealed in the interview that "I was the mediator between Peter and Bob because they had a little bad vibe going. There was an animosity, but the world didn't know that. When there was rehearsal, I had to coordinate it because Bob and Peter weren't talking. But nobody was able to get them back on stage together."