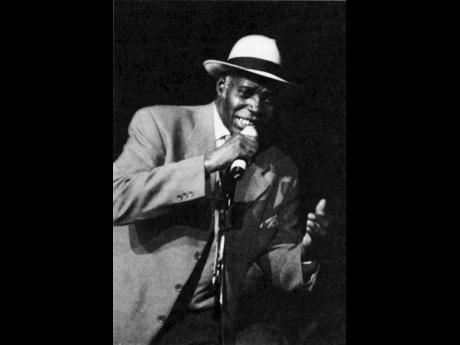 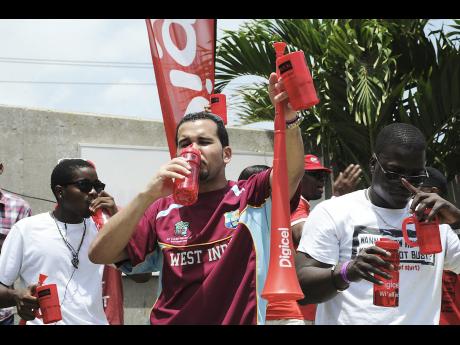 File
Cricket lovers at the Appleton Mound at Sabina Park. 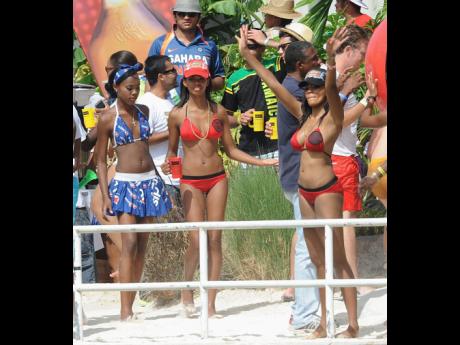 File
Cricket fans at the Appleton Mound enjoying the action at Sabina Park.
1
2
3

With a shadow being cast over Test cricket by the recent upsurge in the popularity of one-day cricket, one wonders if the glorious days of Test cricket will ever return.

Overall, Test cricket may never be able to match the one-day format in terms of the excitement the latter provides, yet, Test cricket has its own brand of excitement, which, to a great extent, was ignited by calypso music over 65 years ago. The main catalyst behind this development was the Trinidadian Calypsonian Aldwyn Roberts, better known as Lord Kitchener.

In one of music's most descriptive and informative narratives, Kitchener wrote the story in glowing poetry about West Indies' historic triumph over England in the second Test match played at Lord's Cricket Ground in London from June 24-29, 1950. The win remains the most important and defining moment in West Indies cricket when a small cluster of islands dethroned the mighty England - the inventors of the game, and moreso, on their own soil! Talk about excitement! There was nothing quite like it. With the West Indian community in full attendance and calypso music blaring all around, from the cricket pitch to the stands, pandemonium broke loose immediately when victory was achieved.

Kitchener, in fact, began writing the song, Victory Calypso (Cricket Lovely Cricket) on the final day, June 29, after realising that England, having been set the unobtainable target of 601 runs following a West Indian declaration, was unable to achieve it. Lord Beginner (Egbert Moore), Kitchener's good friend who accompanied him to England via the ship The Empire Windrush, in 1948, in search of greener pastures, was said to have had a hand in writing the song and also did the vocals. He was in full flight as he credited both captains -Yardley from England and Goddard from the West Indies - in the opening lines:

"Cricket lovely cricket, at Lord's where I saw it (repeat)

They gave the crowd plenty fun

With those little pals of mine

With the English King in attendance, Kitchener and Beginner made mention of him before continuing the narrative with Alan Rae from Jamaica and Jeffrey Stollmeyer from Trinidad, who opened the innings for the West Indies.

"The King was there well attired

So they started with Rae and Stollmeyer.

Stolly was hitting balls round the boundary,

But Wardle stopped him at 20.

So he put up a strong defence.

He saw the King was waiting to see

So he gave him a century,

With those little pals of mine

ON THE WAY TO VICTORY

Rae's century had well and truly set West Indies on their way to victory. In the meantime, Kitchener was gradually building a large following in the West Indian expatriate communities of the United Kingdom and even had Buckingham Palace's royal toes tapping in approval as he unleashed a barrage of calypsos that exhibited wit, humour, and his picturesque writing skills. There is no wonder that the genre became the primary vehicle that conveyed the message of pride and joy that lived thereafter in many West Indian hearts. Kitchener and Beginner, who were in attendance at the match, must have had that experience as the West Indies first innings ended. Kitchener wrote:

The whole thing collapsed quite easy.

England then went on

Goddard said that is nice indeed."

Batting a second time, West Indies amassed 425 for six declared, leaving England a target of 601 runs to win. They managed only 274. According to Kitchener,

West Indies was then feeling homely.

Their audience had them happy.

When Washbrook century had ended

Hats went into the air.

So at Lord's was the scenery.

It bound to go down in history."

The Victory Calypso was crucial to West Indian post-colonial societies. It has always been thought that West Indian independence and national consciousness would not be shaped until they had beaten England at home at the game they invented. The recording immortalised the defining moment in West Indies cricket by graphically summing up the team's historic win.

Kitchener was part of a big Caribbean celebration on the cricket pitch. Armed with his guitar, he stimulated the celebration in a dramatic affair that saw dancing and calypso singing being introduced to the playing area at Lord's, and which eventually spread to other cricketing arenas across the world.

From the ground, Kitchener led a crowd of singing, dancing, and instrument-playing spectators to Piccadilly Square, much to the bewilderment of onlookers. According to Kitchener, "I think it was the first time they'd ever seen such a thing in England."

Test cricket took on further excitement when steel-pan music and bands were introduced to cricketing mounds or party stands created specifically to provide food and added entertainment for spectators. In more recent times, soca music (also known as the soul of calypso) became one of the more popular styles of music offered at cricketing mounds. The genre emerged in the early 1970s in Trinidad and was later adopted by the Jamaican music icon and popular bandleader Byron Lee to be a major part of Jamaica's carnival celebrations. In short order, Byron Lee and The Dragonaires' soca and jump-up calypsos became closely associated with Test cricket from the 1970s, so much so that the band's recording of Riverbank Jump Up became the signature recording and theme song for Test matches and Test match commercials.

Perhaps the only other occasion in Test cricket history that could match the Lord's Test for sheer excitement was the tied test between West Indies and Australia in 1960-61.