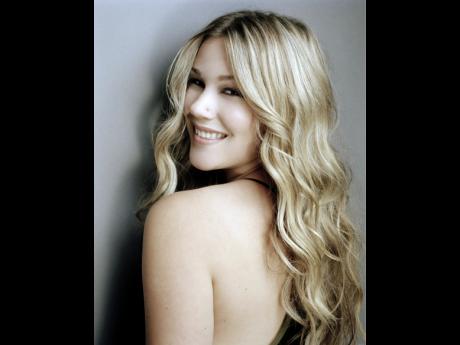 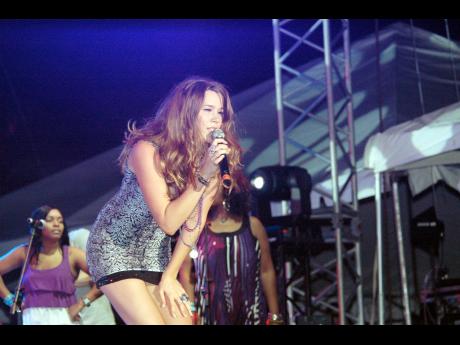 "Damian Marley was doing this record with myself and a few other people for another project that we did. We were in the studio chatting away and I played him the record, Love Me, which is the first track on the album and he was like, 'Joss you gotta do a reggae record and I laughed and said Damian, everyone will be so mad with me if I did that." Those were the words of UK artiste Joss Stone as she reacted to the harsh criticisms thrown out to her after being named Billboard's Reggae Artiste of the Year back in December.

The issue that caused quite a stir on the local and international music scene late last year, has re-surfaced following an interview Stone did with reporter Jessie Katz for Billboard's Soul Sister Pod cast earlier this week. Stone, whose album, Water For Your Soul, topped the Billboard Charts, told Katz that she had anticipated the bashing that followed the Billboard revelation, as she has always been met with that kind of reaction whenever she did music people thought was out of her cultural space.

"I knew that when I was making the record," she said. "I've received this kind of attitude since I began (music). It's not about the type of music I'm singing it's about the fact that my skin is terribly pale. I'm used to this racist attitude but I don't think it's very nice."

Billboard Magazine's announcement that Joss Stone emerged their Reggae Artiste of the Year, stunned the social media world and left many fans and supporters of the genre very upset. Shortly after the revelation was made, social media was flooded with comments from people voicing their anger at the decision, many stating that the title should have been bestowed on someone from within the cultural origins of reggae music.

When questioned on the issue, Richard Daley from the legendary reggae band Third World, said that while being white does help aspiring artistes in some ways, he had no problem with Stone being named Reggae artiste of the Year, because the album had an authentic reggae sound.

"When I heard that she had received the Billboard Reggae artiste of the Year, I became curious and went to listen to her music, because I had not heard who she was before," he said. "But listening to it, it sounded quite authentic to me, so I don't think her success was because she's white. I mean being white does help because white artistes have an advantage over black artistes of being played on the radio or appearing on television, whether they're doing reggae music or not."

Fellow band mate, Cat Coore agreed with Daley, as he says the controversy was unwarranted, as reggae music though birthed in Jamaica does not solely belong to Jamaicans.

In the interview, Stone explained that while she predicted a backlash from doing reggae music as a white person, she didn't quite understand why people were so upset.

"I don't know what to say in a way. We were kind of downplaying something that should have been celebrated," she said.

Her sentiments were shared by Cat Coore who encouraged Jamaicans to get over the fact that white people are doing reggae music.

"Reggae music is for everyone in the world," he said. "You're going to find that a lot of other white reggae artistes are going to come up and play some serious reggae music, so get ready for that."

Dr Donna Hope, cultural analyst and senior lecturer at the Institute of Caribbean Studies and The Reggae Studies Unit at the University of the West Indies, also shared similar sentiments.

"I think people's reactions were more knee-jerk," she said. "Anyone can do reggae in this era...reggae is world music. You don't have to be a black man or a Rastafarian or from a poor background or from a third world country to do reggae that sells and is appreciated."

She went on to explain that the route of people's displeasure with the title being given to Joss Stone, stemmed from the lack of support for 'real reggae music'.

" It seems that many persons, especially Jamaicans at home and abroad, were very concerned about the lack of support for what they call 'real Jamaican Reggae' (whatever that is) and the kind of outpourings of real money in the direction of the Joss Stones and other non-Jamaican, non-black people doing reggae."

For Hope, local artistes need to begin to push themselves more in the international market to effectively compete with the 'Joss Stones' of the world, because she believes there is still a huge craving for music created by Jamaicans.

Water For Your Soul, co-produced by Damian Marley, was the best-selling reggae album of 2015. At the time, Billboard named the British singer, Reggae artiste of the Year, and her album had sold more than 27,000 copies.