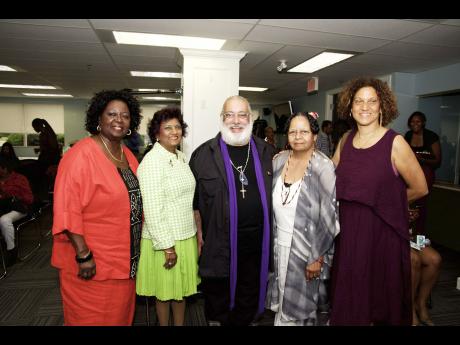 The CaribbeanTales Incubator (CTI) is a year-round film development and production hub for Caribbean and Caribbean Diaspora producers and aims to create strong, compelling and sustainable content for the global market. The ultimate goal of the CTI is to increase the pool of world-class indigenous film and television content.

The CTI's flagship programme is the Market Incubator Programme (MIP), a marketing and packaging forum for long-running series projects that includes five weeks of online training and one week of intensive workshops in Toronto, Canada. The MIP offers selected Caribbean and diaspora film producers an opportunity to hone their creative and business skills in the context of an international marketplace environment.

As the programme culminates there is the Big Pitch, which takes place at the TIFF Bell Lightbox during the annual Toronto International Film Festival, bringing together international industry delegates to determine the best projects.

Winners of the Big Pitch graduate to the nine-month CTI Production Support Programme, which takes projects from pitch to production.

This year, for the first time, the CTI is sponsored by Flow the Caribbean TV and communications provider, as part of its commitment to the development of the Caribbean film-making industry. To that end, selected PSP projects will receive pilot funding from Flow.

The CTI-MIP is open to filmmakers, producers, writers, animators and media practitioners from the Caribbean and its diaspora (including the US, UK, Canada, Africa, India, South and Central America). The programme specifically targets the creation of original, long-running series content, with a focus on market sustainability. Up to 15 projects will be selected on a competitive basis. Criteria are the quality of the proposal and participants' previous work, and/or contributions to the regional film industry. Producers interested in applying must meet the following requirements:

• The concept must have potential to be developed into a long-running series.

• The project can be fiction, documentary or animation and must fit into the format of episodic film, television or web series.

- The project must be owned or co-owned by a Caribbean national, a person of Caribbean heritage, or a person from diverse communities across the Caribbean diaspora, including Africa, Asia and the global indigenous population;

- The team must include at least one producer with a track record and significant production experience in film and television;

- The project must have a clear audience in the Caribbean and/or its Diaspora (including the USA, UK, Canada, Africa, India, South and Central America).

Interested persons are asked to make their submissions by filling out an online application at www.caribbeantales.ca/CTI/.