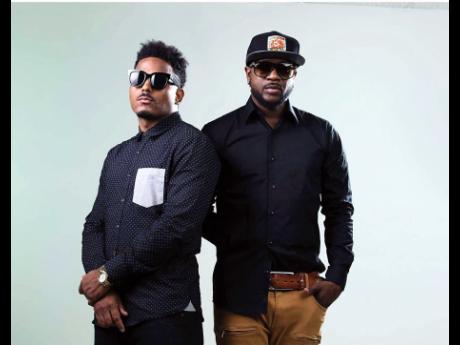 Veteran dancehall duo Voicemail is optimistic about the success of their latest studio effort, a six-track EP, titled Gamechanger.

Gamechange, was produced by Dancehallrulerz from Germany. The first single to be officially released from the EP, is titled, Dancehall.

A video for Dancehall, was released recently, and was directed by Dameon Gayle. Voicemail is also hoping to amplify promotions for the EP by embarking on a European tour in May, which is expected to last six weeks.

"Gamechanger is basically a name that we have been running with because we feel that we have changed the game as a group and as artistes.

Whether it's our sound or fashion, we have changed the game a lot," Kevin V told The Gleaner.

Voicemail is known for songs such as Just Dance, Ready to Party, and Step, among others.

The duo is currently riding high with their recent dance song titled, I Need You. That effort features Razor B and Road Elf.

"People can expect energy-filled and unforgettable performances from us on tour. We want fans to leave talking about our performances. This time we are travelling with two dancers, Killer Bean and Godzilla.

We also have a competition running right now in Europe where dance groups are supposed to choreograph dance moves to a Voicemail song of their choice. Each winner will get a chance to perform with us and that should leave a lasting impression," said Kevin V.

Voicemail has been busy promoting the new dance singles at popular events in the corporate area.

"The EP is strong and we give the best of everything that we do. This is a work that we are proud about and if you purchase this EP, you will not be disappointed," said Kevin V.