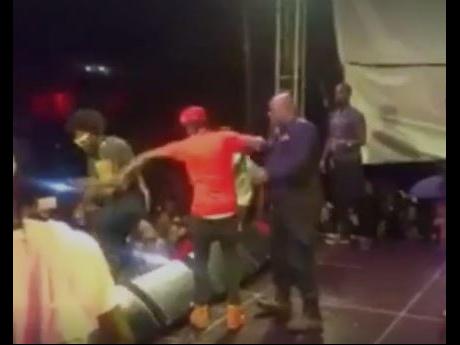 This screen grab shows Popcaan intervening to release a fan from the grip of a policeman. 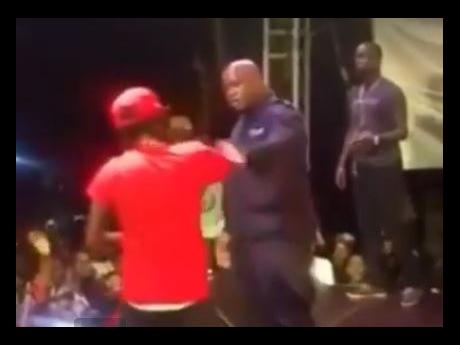 In this screen grab, Popcaan hits the hand of a policeman after he was pushed by the cop. 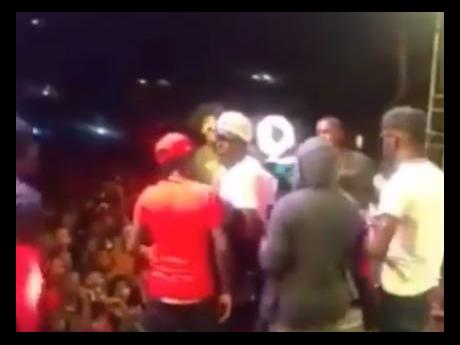 Jamaican dancehall artiste Popcaan has been jailed in Antigua following a tussle with a policeman on stage during a performance last night.

The tussle happened after Popcaan intervened in a confrontation between the cop and a fan who had made his way to the performance area.

"Mi seh nuh deal with them so rough," Popcaan told the cop while trying to release the fan from the grip of the law enforcer. IN PHOTO: This screen grab, Popcaan hits the hand of a policeman after he was pushed by the cop.

Having helped to release the fan, the cop pushed then Jamaican artiste.

Popcaan responded by hitting the outstretched hand of the cop.

The cop then pushed Popcaan causing him to stumble.

At that point, security officers and members of Popcaan's crew descended on the stage to end the tussle. Up to early this morning, he had not been charged.