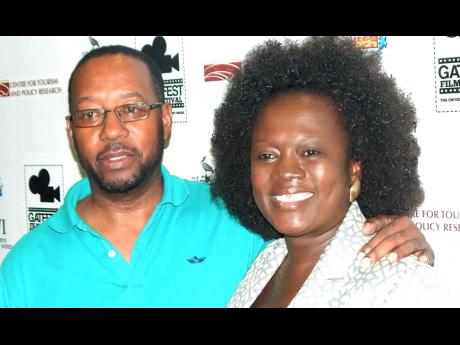 If the launch was anything to go by, the 2016 staging of the annual Greater August Town Film Festival (GATFFEST) will be massive.

Held at the Atrium, Faculty of Medical Sciences, University of the West Indies, Mona, the official launch pulled a decent crowd, a testament to the growth and development the event has experienced since first held in 2013.

According to professor of management studies and director, Centre for Tourism and Policy Research, Ian Boxhill (also the head of GATFFEST), the festival, now in its fourth year, has evolved into one of the Caribbean's fastest-growing community film festivals.

"There's so much to do and so much to see. We started this festival in 2013 and the festival evolved from a training programme, which we started in the community of August Town, and it has grown into a very large community film school, targeting persons from under-served communities," Boxill said.

"Since we started in that community, we have expanded to a number of other communities in Kingston and we are focused on continuing that expansion because we are committed to building communities," he added

Those sentiments were echoed by newly appointed film commissioner, Renee Robinson, who lauded GATFFEST on its ability to move the event from a dream to a respected and highly anticipated event.

"Thanks to Dr Boxhill and his team, what may seem like an impossible dream half-a-decade ago, today boasts over 150 young people trained in the art and skill of story," she said in her address.

"GATTFEST and the UWI Community Film Project, have given young people the opportunity and the vision to rise and thrive beyond an everyday reality and has modelled, additionally, one of the most successful private-public partnerships with local and international scope in community building."

Emphasising on the growth the festival has experienced over the years, the GATFFEST team announced that, this year, the festival saw a record-breaking number of submissions. A total of 80 films were submitted from across the region and around the world.

The team reported that there were entries from countries as far away as Egypt, Spain, Germany, Belgium and India.

Although they were happy to have received such an overwhelming number of submissions, Boxhill said he was particularly proud of the eight films entered by students who had graduated from the UWI Community Film Project, as well as those submitted from high school students who had participated in the inaugural GATFFEST School Competition.

2016 GATFFEST will run from June 23 to 26. Activities during the four-day event will include free workshops, a public lecture as well as the screening of local, regional and international short films.

The festival will close the curtains on its annual calendar of events with an awards ceremony at the Courtleigh Auditorium on June 26. Winners from the various categories will be announced at the ceremony, set to get under way at 5 p.m. Prizes will be awarded in the categories of Best Directing, Most Original Screenplay, Best Local Film, Best Animation etc.