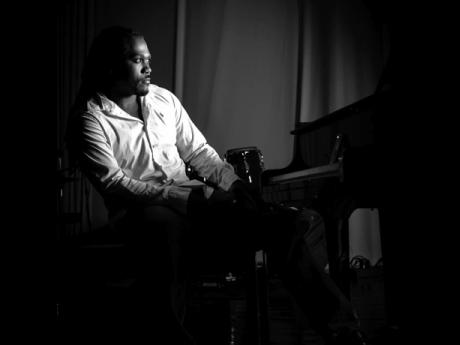 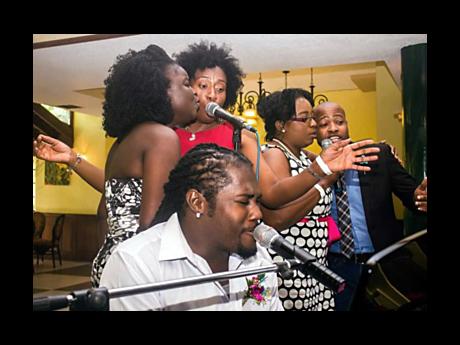 Koriq's journey as a professional musician began before he was even aware of what was happening.

"He's been telling me to sing since I was eight years old, seven, if you ask Daddy, and it manifested itself with noise on box and pan," Koriq laughed.

As with many Jamaican instrumentalists, Koriq was introduced to public performance at church.

"I've been paying in church since I was nine. I was always the guy playing keyboard," he told The Gleaner.

"I was somewhat shy, so I always avoided the spotlight in terms of taking the mic and going out as a lead singer, but, on occasions I was pretty much pushed into it and the reception has always been positive."

Choosing to remain a supporting player, rather than a frontman, he plays keyboard with the Black Soil Band, working extensively with reggae star Tarrus Riley.

"Tarrus Riley is a fantastic artist to play with. I am not just a player. I am a Tarrus Riley fan. He's a true professional, and if you work with him you stand to learn a lot," Koriq said.

However, these days Koriq has changed his tune. With the knowledge garnered from touring with Tarrus Riley, he has served as opening act for the reggae star on multiple occasions, earning rave reviews recently.

Dr Myrna Hague-Bradshaw was a guest and recalled her experience at the media launch of the 2015 Jamaica International Ocho Rios Jazz Festival.

"I discovered a new golden goose the other day. I went to a wedding and I saw a group. They were fresh. They were new. So I told him, 'I would like the rest of Kingston to hear you!'" Hague-Bradshaw declared, referring to Koriq and the group.

It was then announced that he had been invited to perform at Hope Gardens the festival's jazz concert, on it's closing day, June 5th.

Other performers include Eugene Grey from the US, Filulas Juz from Mexico and the Freddy Loco Ska Band from Belguim. Along with the Jamaica Big Band, Koriq is the only other Jamaican based performer.

He continues to prove himself as an accomplished and capable musician, having worked steadily with gospel artistes such as Judy Mowatt, Carlene Davis, Sandra Brooks, Prodigal Son, DJ Nicholas and the Grace Thrillers. He has also worked with secular performers Queen Ifrica, Duane Stephenson, Luciano, Freddie McGregor, Toots Hibbert and Tessanne Chin.

Koriq attended Ocho Rios High and was instrumental in the school band's development. He pursued business studies at Moneague College for a year. He afterward studied jazz and classical piano at the School of Music, Edna Manley College of the Visual and Performing Arts.

In 2015, Koriq released two original singles, All Woman and No Weapons Allowed. Now he has put himself back on the airwaves with a cover of Like I'm Gonna Lose You. Koriq hopes to have his debut EP available for distribution early this summer.