Dim view of tourism in 'Here Comes The Sun' 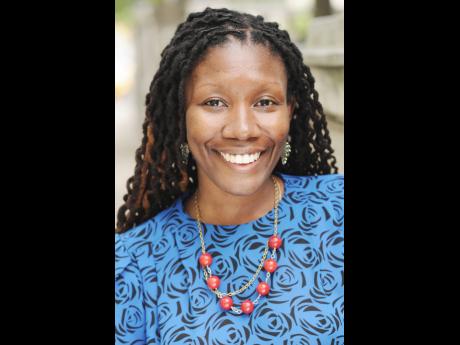 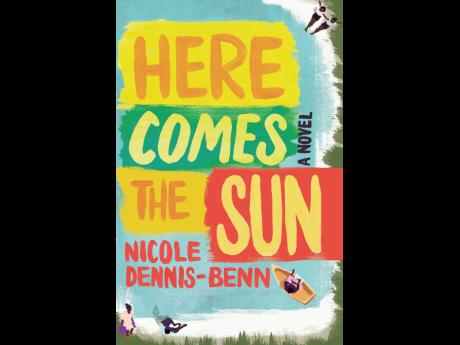 Jamaica-born, New York-based Nicole Dennis-Benn's first book, Here Comes The Sun, revolves around a mother, Delores, and her daughters Thandi and Margot, born 15 years apart. They live together and the sometimes brutal trials and tribulations they face come out in the pages.

Using the backdrop of a tourism industry which is elsewhere tagged Jamaica's engine of growth, Dennis-Benn - who has been nominated twice for the Pushcart Prize - makes no apologies in writing about the discrepancies between that sector and the community in which the three live.

The book has a bright and sunny cover, "almost cater-made for beach blankets and sunglasses", says Michael Taeckens of Liveright Publishing Corporation in New York. However, he warns, "don't mistake this debut for a light and frothy read - while it depicts the sumptuous beauty of Jamaica, it also reveals a grittier side, chronicling the lives of those in the shadow of the booming Jamaican tourism industry."

Dennis-Benn explains the contrast, noting "I wanted visibility for women in our culture, specifically working-class women. Most feel invisible, pushed to the margins of society and silenced. While rape, incest, and violence against women remain prevalent in Jamaica, the focus tends to be on other issues that exclude them."

Inspired by a feminist

She wanted to delve into their lives because women's bodies are usually territory for invasion and decisions made without their consent, whether in a First- or Third-World country. "While writing this novel, I was inspired by renowned Kenyan artist Wangechi Mutu, who depicts the exploitation and eroticisation of the black female body through a feminist lens," she stated.

Explaining her use of the tourism industry, Dennis-Benn said "my family and I took regular trips to the north coast, because my mother had got a job as a customs officer and worked some weekends in Montego Bay. I was mesmerised by how different the island looked in tourist areas, a stark contrast to Kingston - the paved roads, the flower beds, the billboards with smiling faces and 'One Love' boldly written in black, green and gold,"

This was in the early 1990s, "when we would drive by signs on beaches warning us not to trespass unless we were staying at the affiliated hotel. Each time there would be a new hotel, bigger and more lavish, where land or homes used to be".

After migrating to the USA then returning to Jamaica and staying in a hotel, Dennis-Benn noticed the only representation of Jamaican culture was through the lens of local artists allowed on the property. "Even the food was watered down. One hotel clerk mentioned that most tourists would rather have their vacation in our beautiful country without seeing the people. I knew then that I had to tell the story of the people who didn't get seen," she said.

At one point in Here Comes the Sun, Delores says "no one loves a black girl, not even herself." This haunting line resonates throughout the entire narrative. "Many Jamaicans would mindlessly rattle off our motto, 'Out of Many, One People' because, as children, it was drilled into our heads to silence dialogues about racial, ethnic and class disparities. It's sort of like hypnosis to numb the pain of our colonised history," argues Dennis-Benn.

"Classism and complexionism are still very sensitive topics in Jamaica."

Margot, the older sister, has a secret love with a woman and Thandi, the younger sister, has a secret love with a poor Jamaican boy. Both characters feel shame for their love, yet these relationships are, in many ways, the brightest parts of their lives. Although Dennis-Benn says the book is not about her life, she is able to relate to this type of shame, as she still struggles with being a lesbian. She is married to a woman,

"Regardless of who we are and where we're from, we're socialised to respect fear more than our own hearts. It materialises into shame when we feel we've veered away from what is expected of us," she explains.

Dennis-Benn comes home to Jamaica for the Calabash Literary Festival in Treasure Beach next weekend. Here Comes The Sun will be in bookstores on July 19 and her book launch was scheduled for yesterday in Kingston.