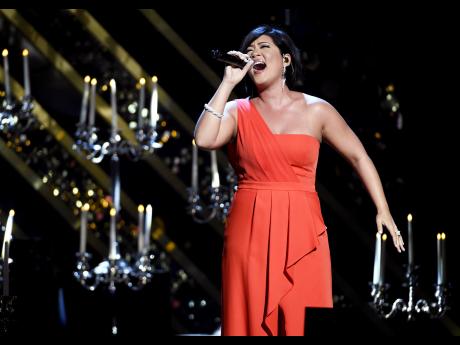 Tessanne Chin, season-five winner of NBC's 'The Voice', will pay a special CFW tribute to musical great Prince, tomorrow at the Pulse Centre on Trafalgar Road.

Chin named Prince as one of her idols and a key inspiration for her career, so she is thrilled to be leading the Caribbean's effort in this regard.

Morris Day and The Time, Prince's band, successful recording and performing artistes in their own right, will lead the global tribute, which also features British fusion act, Mark-Anthony Abel.

The 'Best of the Collections', will also be showcased tomorrow, CFW's closing night. Caribbean designers will also pay tribute to Prince who was not only regarded as one of the greatest musicians who ever lived, but also a style icon.

Chin was born to two musician parents in Jamaica, and has fond memories of spending time at the recording studio. At age five, she picked up a microphone and began to sing alongside her father. Chin described that moment as not only "indescribable", but also life-changing.

Chin attended high school in England and returned soon after to officially start her music career. She was highly supported and endorsed by family friend and drummer, Desi Jones, which led to her touring alongside the legendary Jimmy Cliff as a backup singer. Her career took off in the Caribbean with the release of her first solo hit, Hideaway, topping the Jamaican charts. This only sparked Chin's drive to succeed, leaving her wanting to impact larger audiences.

International sensation Shaggy, a good friend of Chin, encouraged her to audition for the popular show, 'The Voice'. Chin chose Adam Levine, the main vocalist of Maroon 5, as her vocal coach on the show. She set a new record with her rendition of Simon and Garfunkel's Bridge Over Troubled Water, become the first number-one song on the iTunes Overall Top Songs Chart for the show. Her success on the show only increased, eventually leading her to win the competition.

Chin recently released an album, Count On My Love, in 2014 under the Republic Records label.

For her, the goal was to "create something people will hold in their hearts for years to come".

With all of Chin's success, she still attributes everything to her country and is proud to have the support and give back to the entire Caribbean. She has the ability to combine the musical traditions of the Caribbean, while throwing in some pop vibes. She described her music as "pop, but it has a bit of an island swag".

Not only are the beats strong but she believes adding astounding vocals and meaningful lyrics is what makes her stand apart from others.