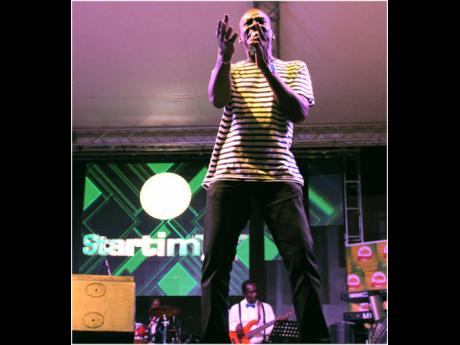 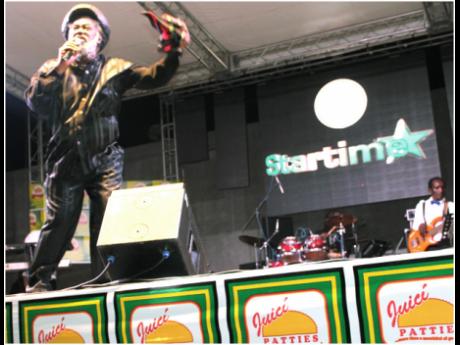 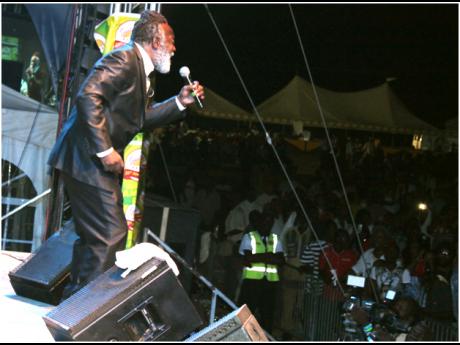 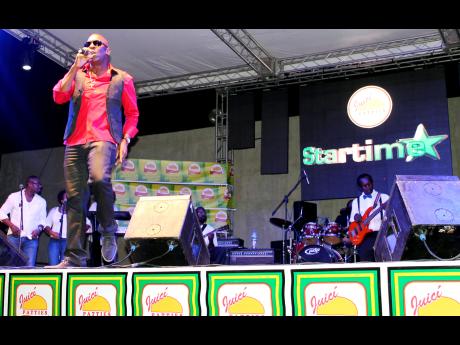 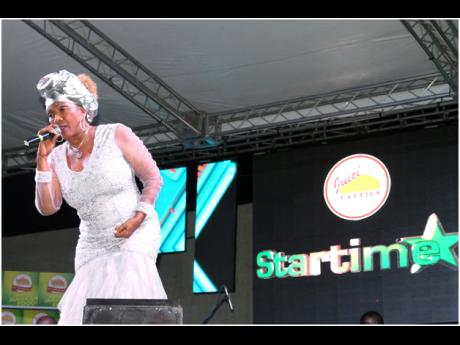 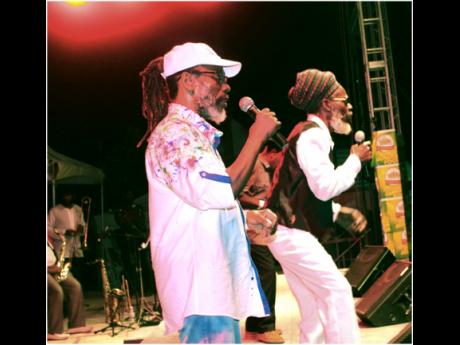 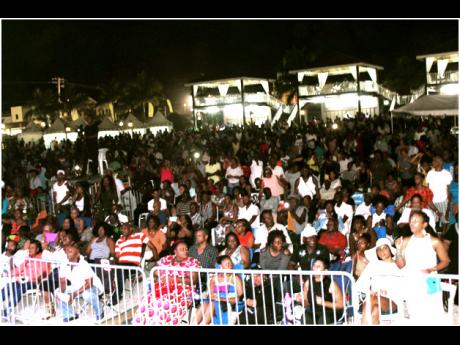 It was a night of great performances, sweet vibe and getting the chance to enjoy what Kingstonians do through the Startime experience. It was also a night of giving thanks and realising that the 'foundation' artistes need prayerful support. Two acts billed for the event had to be replaced on Saturday night at Clarendon Park Horace Andy, who was involved in a bike accident, and Frankie Paul. MC Tommy Cowan made the announcement that on his way back from Gambia, Africa, Paul had to be hospitalised in Brussels.

It was also a bittersweet experience watching the Mighty Diamonds in action, as it was clear that Bunny Diamond is a shadow of the person he used to be. Although he gave his all, it was evident he still had a far way to go after the stroke he suffered.

"Look at Bunny, we prayed for him in January at Startime, and that he can be on the stage singing is a miracle in itself," said Cowan.

Illnesses aside, the crowd came out to enjoy themselves and that they did and then some, thanks to a well-executed event and a range of first-class performers.

The Clarendonians, Errol Dunkley and The Mighty Diamonds started the ball rolling with Cornel Campbell coming in to replace Frankie Paul. His smooth vocals, delivering hits such as Boxing Around and No Man's Land, ensured he made the connection with his fans.

But it was the son of Clarendon who got the crowd energised when he took centre stage Derrick Morgan. From the first notes of In My Heart, the crowd knew it was dancing time.

It was a sight to behold, as many got out of their seats and started 'ska-ing' away. Morgan kept up the tempo with Forward March, Little Miss Lulu and Don't Call Me Daddy.

Following Morgan, it would take someone really good to come after him; Marcia Griffiths came and conquered. She had the right ammunition to do it, with hits such as Peaceful Woman, some borrowed soulful grooves and her 'everlasting' hit, Electric Slide, which brought the curtain down on her fiery set.

George Nooks, who replaced Horace Andy on the bill, gave a strong performance with songs such as Riding For A Fall, Left With A Broken Heart and So Much Love. But it was the gospel segment that really had the crowd clapping away and 'getting on bad'. With a gospel medley and his latest release, Ride Out Your Storm, he infused a worshipful vibe into the crowd.

That must have been the motivation after his performance for Tommy Cowan to return with him and pray for those in the audience who needed healing, and for the country.

Following pleasing sets from Leroy Sibbles and Johnny Clarke, it was time for the closing act another son of Clarendon Freddie McGregor. Taking the stage at 2:45 a.m., he performed for one hour and 15 minutes, reminding his fans why, for over 50 years, he is still rated among the best.

After about 10 minutes in his performance, he got rid of the jacket and told the crowd, "Mi just a start now!" before launching into To Be Poor Is A Crime, Push Come To Shove and Big Ship. McGregor could do no wrong and he was definitely the musical pied piper, taking his fans wherever he wanted to go.

The Clarendon Startime experience delivered and as one patron from out of the parish said, "Juici venue buss now ... we waan nuff more!"