For the Reckord | June a good month for poetry 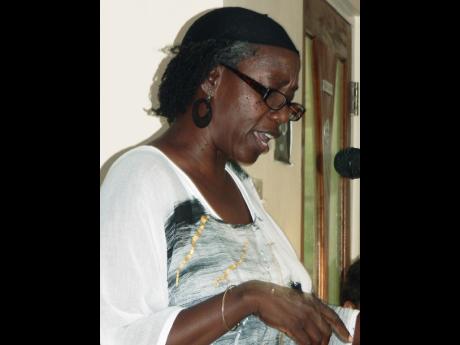 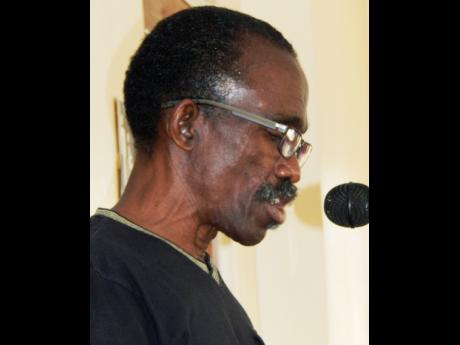 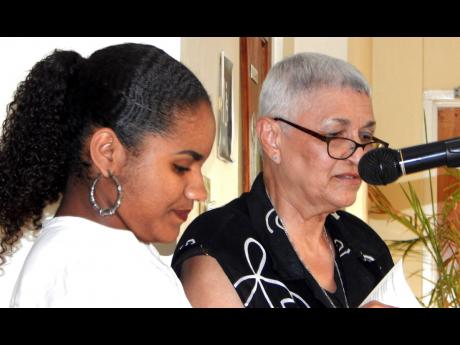 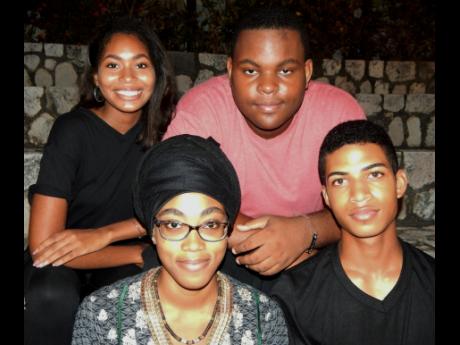 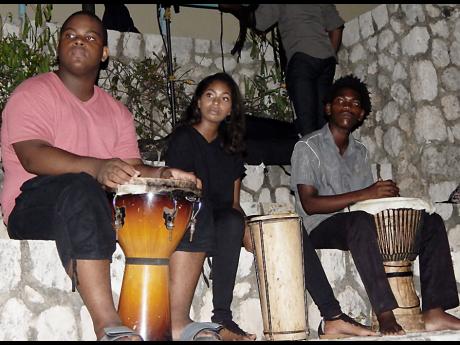 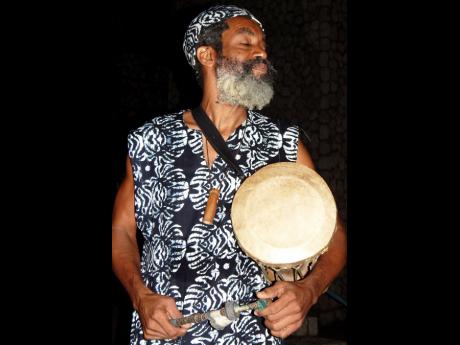 Michael Reckord
M'Bala, vice-president of the Poetry Society of Jamaica. who hosted the June fellowship, held as standard on the last Tuesday of the month. 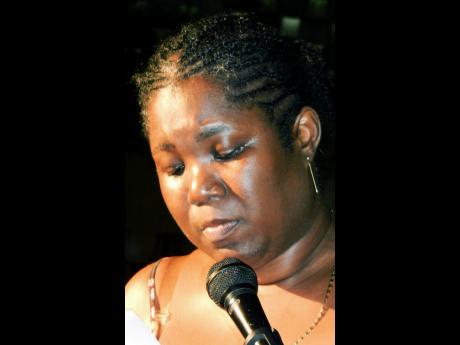 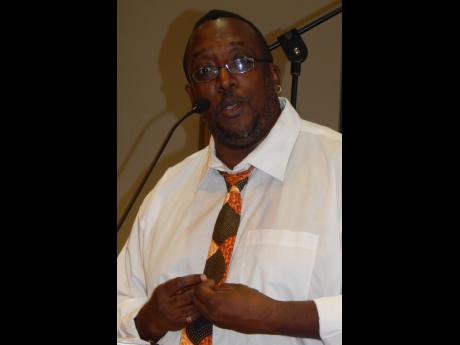 There were indications last month that a poetry explosion - metaphorically speaking - is taking place in the island.

Early June, Jamaican author Pam Mordecai arrived from Canada, to launch her sixth book of poetry. On the last Tuesday of June, at the Poetry Society of Jamaica's regular monthly fellowship, at the Edna Manley College of the Visual and Performing Arts, more than 20 poets assembled to recite, chant, sing and even dance their pieces.

Mordecai's de book of Mary (published by Mawenzi House, Toronto), about major events in the life of the mother of Jesus, was launched at Sts Peter and Paul Church.

The event comprised short speeches by the author's friends and readings of some of the poems.

The first to speak was Stephanie Martin, formerly of Sister Vision Press, publisher of Mordecai's de Man: a performance poem (1995) about Jesus.

Of de Man, Martin said, "It was a groundbreaking book, wonderfully accessible and telling of the crucifixion of Christ in creole." She added: "It's time creole stop frighten people."

Martin went on to speak of de book of Mary, also written in creole.

"The stories make it possible for us to imagine ourselves within the meaning of the great story of life, of death, of everything that was and will ever be [and] to recognise the God who we are," she said.

Theatre-director Eugene Williams, who directed a staged reading of de Man some years ago, praised the "authentic groundedness" running through Mordecai's "literary accomplishments as poet, short-story writer, novelist, and anthologist." Williams said that Mordecai is now working on a third book for her proposed trilogy, de book of Joseph.

"In all these books, her own expressiveness and foray into the vernacular, the first language of most Jamaicans have created a humanising bridge between the myths - religious distance and the contemporary relevance of the biblical themes and stories," he said.

Before Carolyn Allen, Asha Williams and Mordecai, herself, read excerpts from the book, she revealed that in writing it she had "taken liberties" and invented some characters, but had, "more or less, followed the gospel of Matthew".

"In May gone, we celebrated our 27th year," M'Bala, poet and vice-president of The Poetry Society of Jamaica, told me delightedly.

"Twenty-seven years, brethren! And you can see, from the yutes here tonight, it nah dead!"

We were talking in the stonework amphitheatre at the Drama School, Edna Manley College of the Visual and Performing Arts, after the society's June meeting.

The term 'yutes' referred to the evening's many performers. Their presentations came in the meeting's two standard sections, the open mic segment from 7 - 9 p.m., and the featured-poet segment for about half-an-hour afterwards.

Mixed in with the dozen or so up-and-coming poets were established ones such as Millicent Graham and Sage. Poet and director Fabian Thomas and Tribe Sankofa, the performing arts group he founded, were the function's featured poets.

M'Bala encouraged the performers with advice like "while your performance is important, it is your poetry that we're interested in", and guided the audience in giving feedback with "look out for the most powerful images".

The shouted criticism was generally mild, even for a dreadlocked man, who declared, "mi is a newcomer" and sang his composition Strangers in the Dark in an unmelodious voice to a rip-off tune. M'Bala, the emcee, drummed frequently on his African talking drum and called on a trio of drummers he called the Poetry Society Orchestra to play to avoid "dead air".

Four of the performers were from Poetry in Motion, a group with some 44 members, mostly high school students. The quartet and their poems were Kaylia Ellington (This is a Woman's Worth), Abigail Goodin (There's Beauty in the Pain), Jelani Sterling (The Same and Same Again) and Dorian Williams (Geography).

Williams, a sixth former at Jamaica College, said he started the group just over a year ago and it has spread rapidly since. The group has performed at Redbones Blues CafÈ, New Kingston, and at several school functions.

"We hope to keep inspiring youngsters to express themselves, I see us having out own open mic sessions," Williams said about the group's future

M'Bala told me sometimes there were so many poets wanting to perform he finds it difficult to fit them all in. "But I'm trying to tighten things up," he said.

"That's why we ask each poet to do only one poem. Some people try to take advantage and say they doing one poem in three parts, when it's really three poems. But we want to get everybody in and have comments on the works. That's one of the most important things," M'Bala said.