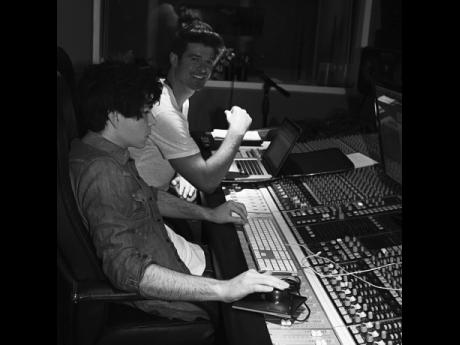 Contributed
Robin Thicke and Fernando Garibay working out in studio. 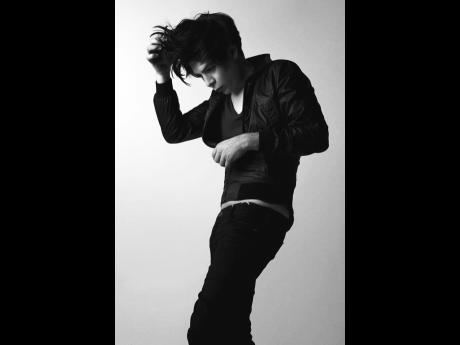 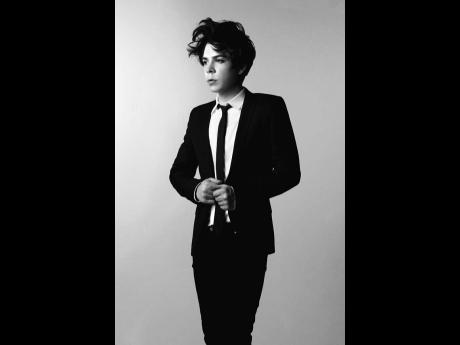 Producers of the local talent show Digicel Rising Stars (DRS) have decided to go international for the second year in a row, at least as it relates to guest judges.

Organisers of the show have decided to bring out the big guns again this year by inviting several internationally renowned music industry insiders to act as guest judges on the show, and Grammy-winning American producer Fernando Garibay is this season's first guest.

Garibay arrived in the island on Friday to get ready for this evening's show.

The experienced producer told The Sunday Gleaner that he was excited about his trip to Jamaica not only because it was his first visit to the island, but because he was looking forward to being a judge on DRS.

"This is my first time ever to Jamaica, so I'm really excited," he said. "I'm more than just visiting, though. For me, this trip is about a bigger goal. It's not just about enjoying the country and the people. It's about working to help a community of musicians become better. So while I'm going to try and explore the island's culture, I'm really excited about sharing what I've learnt in my career in music with these young musicians."

Garibay explained that while he has not been a regular viewer of the show, he is familiar with the show's concept and appreciates what the producers are trying to do for young talent in Jamaica.

"I've caught snippets of it. I have to be honest. I'm relatively new, but I'm familiar with how it works," he said, explaining that while he will aim for being nice with his general comments, he will also be very honest.

"I'm a friendly guy, so I can never be harsh, but I'm also not going to not be honest.

The only way we can help people is if through kindness, we are also honest. So if someone needs work, I'm going to tell them they need work because I want them to become better."

Having worked with several Jamaican artistes before, including Sean Paul and Shaggy, Garibay is confident in the talent to be showcased on this evening's show.

"I grew up on reggae and dancehall music from Bob Marley to Chaka Demus to Shaggy and Wayne Wonder so I'm excited to just be working with more Jamaican artistes."

He also explained that as part of his role as guest judge, he will be looking to give this year's contestants advice on how to cross over into the international market.

"This is a big mission for me to join alliance with these aspiring artistes. Currently, we don't have that many cross-over artistes in the US, from Jamaica other than the work that Popcaan is doing with Drake.

Garibay is an American music producer, DJ, and songwriter who has worked with artistes like U2, Kylie Minogue, Britney Spears, Whitney Houston, Shakira, Enrique Iglesias, and Lady Gaga. He was the official musical director of Gaga's Born This Way album. He has been nominated for numerous Grammy Awards and was recognised as the producer on Lady Gaga's Grammy-Award winning, The Fame Monster. The record won Best Pop Vocal Album at the 53rd Annual Grammy Awards in 2010.

Garibay is currently an executive at Interscope Records and is signed to Interscope as an artiste and producer with his own imprint, Paradise/Interscope.