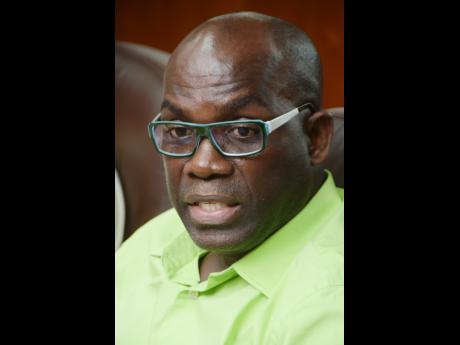 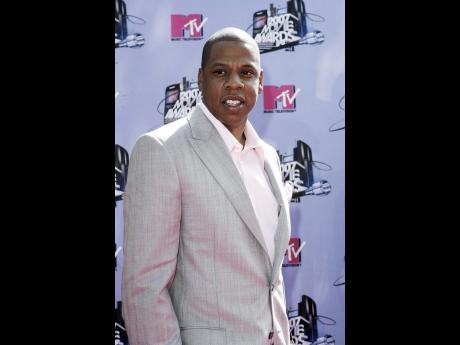 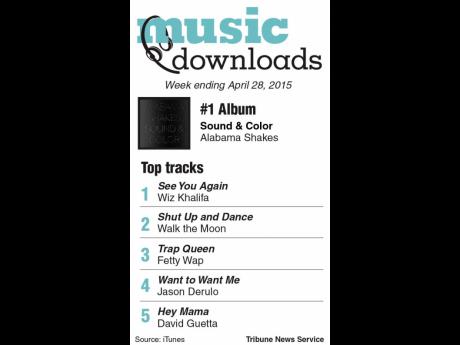 Veteran journalist/lecturer Dr Dennis Howard, believes one of the reasons behind the poor sales of reggae and dancehall music, has to do with internationally imposed copyright laws which affects the region. The sales for reggae/dancehall music have drastically declined in recent times, to the extent where albums which have sold less than 2000 copies in their first week, have managed to climb to the top 10 of the Reggae Billboard Chart.

Since the demise of the local vinyl industry, the island has taken a rather slow path in manoeuvring new technology, like purchasing music online. However, withstanding the slow journey to having an all island online purchasing revolution, Dr Howard recently highlighted, that many Jamaicans couldn't purchase music online even if they wanted to.

"We are at a technological disadvantage. We can't buy tunes on many online stores in Jamaica because of trade relationships. We cannot access Spotify, we cannot access Hulu, and so we are at a disadvantage. Even if we tried we couldn't, because when you go on Spotify and click on that link, you will see that it says sorry we are not in this region, check back later. The only streaming service that is available in Jamaica is Tidal and that is just recent," he said.

The lecturer believes developing countries are not seen as equal to the superpowers and as such, even a cultural super power like Jamaica is not exempted from harsh penalties and stern gate keeping policies.

"People saying we are not buying music. How wi fi buy it and they are not including us? We think that this is a level playing field and that America is giving us all the opportunities to be successful, but it is not so. It is actually very difficult to get into the market, because of the gate keeping and all the barriers that they impose on small countries, although they appropriate our culture at will, and benefit from it," Howard said.

He continued, "People don't realise this, they think the music is different from any other relationship that we have had with any other major developed country. But we are always at the disadvantage because this is how they treat poor, small countries."

The Internet is seen as a level playing field by many entertainers and music lovers, as they are of the view that the technology provides a balance platform for just about any talented recording artiste to sell millions and expose their brands. However, Dr Howard believes that Jamaica is not a part of that broader conversation in the eyes of developed countries.

Dr Howard also delved deeper into the issue of piracy, explaining why the region is not allowed to buy music on most popular online stores. And while admitting that Jamaica still has an issue with piracy, he also gave credit to JACAP (The Jamaica Association of Composers Authors and Publishers) and JAMMS (Jamaica Music Society) for their effort to curtail the practice over the last decade.

"We are still on the USTR 301 Watch (United States Trade Representative) imposed by the US, trade organisation, because they believe we have not done enough in terms of imposing copyright laws. So that means we can't get certain benefits. The major music sales companies will say, well, they (Jamaica) are on the 301 Watch so we will not allow them to buy songs because of the level of piracy ... without even paying keen attention to what we have done in recent times," he said.

The lecturer/author further explained that while some Jamaican artistes are aware of the issues, many remain ignorant and continue to promote digital albums locally, encouraging local fans to lend their support.

Sizzla Kalonji's publicist Olimatta Taal, also shared her views on the issue. While in agreement that the region is indeed facing a technological disadvantage amplified by the USTR 301 Watch, she told The Sunday Gleaner, that the Jamaican market remains important since it is the ultimate launching pad for any form of success in reggae music or dancehall. Therefore, it should not be abandoned.

"Local record sales might not be in the best standing at this point, but we can't abandon the market. If you do strong marketing here in Jamaica you can use the island as a platform to build buyers and create a market for yourself outside the country. All over the world sales have been generally poor. Rihanna recently sold 15,000 albums and was on top of the Billboard so its no surprise when our artistes sell 1,000 copies or 700 copies. The main issue if you look at the major dancehall artistes that sold records in the past, is that they had major labels behind them, that is the only way that Jamaicans can be on level playing field with other international artistes," she said.

When contacted, Paul Barkley, chairman, JACAP, also sought to give some clarity on the USTR 301 situation. He said complaints have been made internationally by copyright agencies, about Jamaica's non-compliance to copyright regulations.

"The artistes in America who have copyright, they are all concerned about getting royalties from the use of their music right across the world. So in the same way that I represent JACAP, I am concerned about our music. There is what is called reciprocal arrangements where in Jamaica, it is JACAP that collects for Michael Jackson, Beyoncé and Jay Z. We ensure that the relevant artistes that are played get paid... but because of the non-compliance generally and in Jamaica specifically, we are faced with issues. Cable companies hardly if any pay, royalties in Jamaica, there are a lot of radio stations that are non-compliant. RJR Communications Group, I big them up everytime, because they are 100 per cent compliant," he said.

The chairman also highlighted that Jamaican acts are at a huge disadvantage since over 60 per cent of the money collected by JACAP is sent overseas to pay foreign artistes.

"The USTR is concerned about American writers, so that is where the watch comes from. We have met with them and they are very concerned about the rate of compliance from some local entities like cable stations and radio stations. By adding Jamaica to the watch list, its like we are flagged as a country who is predominantly non compliant, which means certain companies are cautious about coming to operate in the Caribbean and Jamaica specifically. Some companies have establishments in the Caribbean but not in Jamaica," he said.

Barkley also pointed out that there are ways to purchase music from those companies that are not open to business in Jamaica. However, music consumers would have to use a purchasing address outside of the region.

"Music is not being sold and we are not selling vinyl anymore. So it would have been better if Jamaicans were able to log on to something Jamaican."

In a press release posted on the USTR website, the body stated that the ultimate goal is to prevent outsiders from ripping off US innovators.

"Intellectual property is a critical source of economic growth and high-quality jobs for the United States, and it is more important than ever to prevent foreign governments and competitors from ripping off United States innovators who are trying to support high-paying jobs by exporting their goods and services to consumers around the world", the release read.