Welcome Return For 'A St Mary Mi Come From' 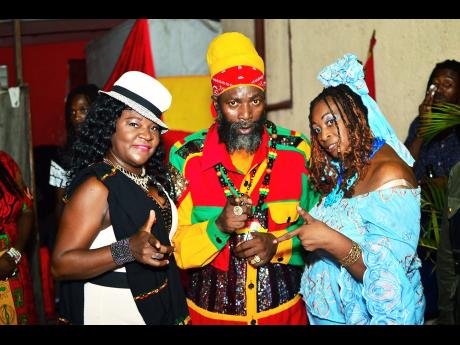 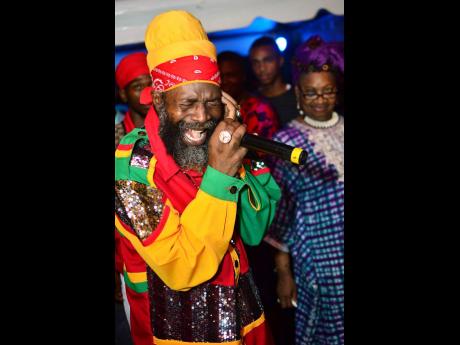 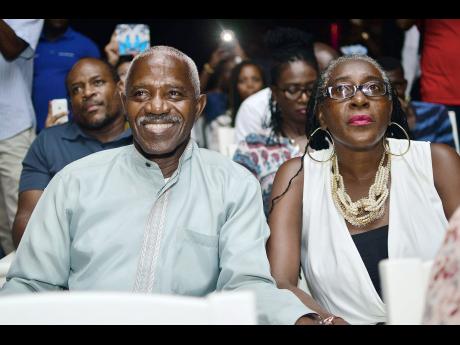 A St Mary Mi Come From was welcomed back repeatedly on Tuesday night, ahead of the 2016 staging of the charity concert. It will be held at the Gray's Inn Complex, Annotto Bay, St Mary, on Friday, August 5.

The event is presented by Capleton Music Inc, and the deejay's manager, Claudette Kemp, told those gathered at 26 Courtney Walsh Drive, St Andrew, for the official launch why it has been off the calendar for three years. She also announced a significant change in the format, with the children's treat now being held a few weeks after the stage show.

Kemp said she inherited the event in 2003 when it was being held at James Bond Beach in Oracabessa, and it was soon moved to the present venue. She said 2006 was a very good year, but the show was affected by Hurricane Sandy in 2012. She was ill in 2013 and took a year off. In 2014, she was just not up to it, and last year, when she told Capleton that they were ready to go again, it just did not work out despite initial steps being taken.

Now, A St Mary Mi Come From is "up and running", as Capleton would say later as he performed briefly and spoke about the event at the end of the launch.

Kemp said an important change is shifting the children's treat to Wednesday, August 24, instead of holding it just before the stage show. The treat will be expanded into a back-to-school event, with a parade and mini health fair among the components. Kemp said parents will be asked to pay $100 to enter, adding, "We are asking parents not to send the kids unaccompanied. We will not allow them in by themselves."

Support from the parish was evident in the presence of Port Maria Mayor Levan Freeman, who said, "In St Mary, we look forward to the show. We are glad it is back on track and we will continue to support the venture." Politicians Winston Green and Robert Montague, attended, and the police welcomed the return of an incident-free show.

Security chief for A St Mary Mi Come From, Milholland Barker, detailed security arrangements, noting that with the show having a high proportion of Rastafarians, it has been incident free, Rastafarians being orderly people. He did ask, though, that the attempts to have artistes' entourages go through the VIP entrance with the performer stop, as this is the one consistent area of concern.

"We are trying to do our best to not have parking on the main road," Barker said. A shuttle service is part of the arrangements.

No weapons, from guns to 'half a lass', will be allowed, and there was laughter when Barker said scissors will be seized from women as they will not be coming to do housekeeping at Capleton's dance.

Chairman of the Jamaica Federation of Musicians (JFM), Desmond Young, welcomed the show's return, noting Capleton's long-standing, consistent support of the JFM. He also put the concert in the context of earnings for performers and musicians, adding, "The line-up is a super line-up and I intend to enjoy myself. I hope you do too."

Guest speaker, Professor Carolyn Cooper, spoke about the need for Jamaican culture on the school curriculum, as well as a tendency to blame dancehall for societal ills. She spoke about not recognising that some of the complaints about dancehall now were once made about reggae, and raised the possibility that in 20 or 30 years, "we will be saying, 'oh for the good old days of Vybz Kartel'."

Mortimer, Sativa D Black One and Furious performed before Capleton responded in song and speech.