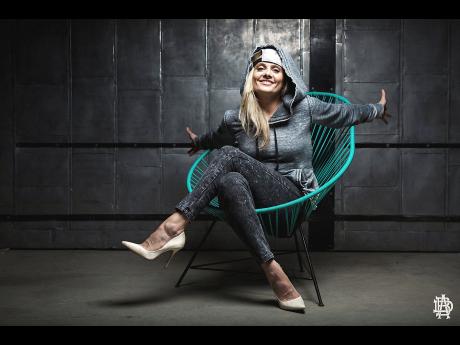 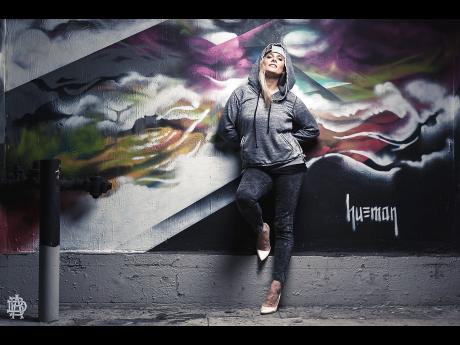 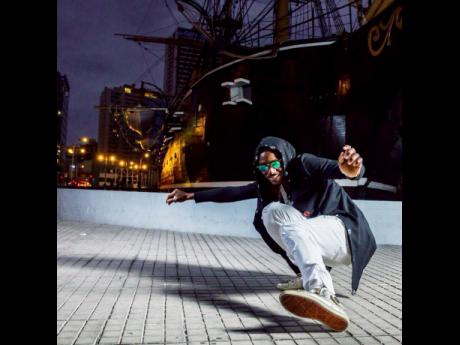 On Monday, July 25, dancehall came to the fore during the Fox hit series So You Think You Can Dance. Michael Graham, more popularly known as Crazy Hype, acted as a kind of catalyst in catapulting dancehall and the dance style into a space where it stands side-by-side with other global dances.

Canadian choreographer, born of Jamaican parents, Jae Blaze, who won an award for MTV's Best Dance Video for his work on Sean Paul's Get Busy music video in 2003, also incorporated dancehall on So You Think You Can Dance Canada, with the use of Vybz Kartel's Clarks, in a routine aired in September 2010.

The indigenous Jamaican dance style returned to So You Think You Can Dance, but this time, in full form by French choreographer Laure Courtellemont, who was taught dancehall moves by Graham himself.

"We met in Russia during Dancehall International," Courtellemont told The Sunday Gleaner. "I was following and admiring him for years on the Internet. I was so nervous to meet him as we both had to teach on the same stage, and my style was different," she recalled.

Laure Courtellemont is from Paris, France. There was no dancehall community in the area when she was growing up, but with the rise of the genre's popularity, the music style eventually took Europe by storm.

"Nobody was listening to this music," she told The Sunday Gleaner, claiming that she had already started dancing in a style similar to dancehall.

"When we received the first tracks," she said, listing iconic dancehall artistes like Patra, Shabba Ranks (who she affectionately referred to as Mr Lover Man), and Chaka Demus and Pliers, "I cried."

Courtellemont told The Sunday Gleaner that she felt like she had been waiting for dancehall forever.

"It was 1994; I was so young. Dancehall was the mystery of my life. It was like it was already inside of me! Nobody can explain. I was waiting for it," Courtellemont exclaimed, after finally recognising that she was somehow connected to a musical genre she had never heard before.

After the arrival of the dancehall sound to France, Courtellemont took herself to what the selectors and radio DJs called Raggamuffin Sessions, which happened each week.

"All the media in the French West Indies and in France called it Raggamuffin music and dance. It was not called dancehall at that time for us," she revealed.

The choreographer told The Sunday Gleaner that she had a desire to "share this amazing thing called Raggamuffin music". After four years, she decided to express herself and teach classes that she called Ragga Jam.

"Ragga for ragamuffin and Jam for the mix," she explained. The 'mix' was a compilation of Patra's music videos and three others. Courtellemont was not able to collect enough from the meagre compilation, which slowed her progress in spreading the indigenous Caribbean style.

"I (didn't have) enough direction to make it fun and rich," she told The Sunday Gleaner. Regardless, she pursued the desire wholeheartedly. "People had never heard this music ever before. I had to create a network and platforms in order to teach this thing I had inside," she said. "So I created it."

She went from hip-hop festivals to fitness conventions to introduce the style to as many countries as possible. Courtellemont told The Sunday Gleaner that she travelled to Brazil, Russia, Portugal, Spain, Italy, and many other countries.

The well-travelled choreographer said she was "really scared" by Crazy Hype's opinion of her work, but when they met, it was like reuniting with family.

"We met and had already many natural connections like the same phone, same opinion on many things. We clicked even before going to teach."

At the end of her class on the Dancehall International stage, the choreographer told The Sunday Gleaner that Graham joined the group's dance cypher "and danced with me! It was the first international dancehall event bringing Jamaican and European (dancers) on the same stage. Graham took the mic and said to the crowd that he was amazed by my dance, and he said, 'real recognise real.' We became friends after that. Between him and I - it's all about respect, real deep friendship, and our relation grew into a family feeling".

Crazy Hype and Courtellemont called their connection 'the bridge' as they kept in contact, making trans-national link-ups whenever possible.

"We were the first deep link between Jamaican dancers and European dancers," she said. "After Dancehall International, I've been to Jamaica and I stayed around him and the MOB crew. I asked him to take me 'back to basics' in my dance ... and I learnt all again, barefoot in his yard for hours. Today, Crazy Hype is my friend, confidante, partner in dance, and our two families are strongly linked. He is a brother to me beyond dance."

When asked to describe the moment she fell so deeply into the dance culture, she responded: "I used to say that I've never chosen dancehall. Dancehall chose me. Why? I don't know. I brought dancehall on stage at any little occasion I had in my career. Now I want to bring it to the industry and show the world that dancehall is the future."