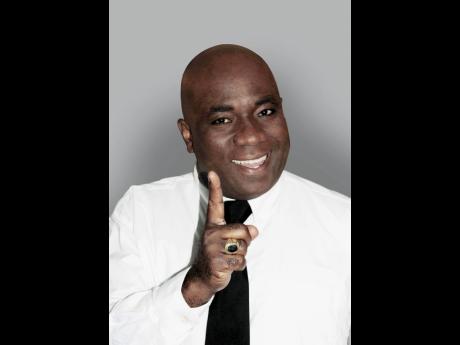 After five consecutive stagings of his comedy show, Let Loose, popular media personality and comedian Oral Tracey has decided to add an international flavour to the annual event.

Following a few dismal performances from last year's staging, Tracey has decided to up the ante this year by flying in one of the most in-demand comedians from the United States to serve as the show's main act.

"It's the fifth staging of the show, and every year, we try to improve. Last year, we had a few mishaps and the patrons weren't happy. I listened to their concerns and decided to take things to the next level this year," Tracey told The Sunday Gleaner. "This year, we're going international with American comedian Steve Brown. He is one of the hardest-working comedians on the US circuit right now and he's an expert performer, one of the best in the current crop of comedians from the US."

Despite seeking out a foreign act to serve as the main performer in this year's show, Tracey sought to reassure Jamaicans that the decision had nothing to do with not believing in the ability of our local comedians.

"The talent of our local acts is undeniable. There is no questioning their talent, so the decision to have Steve as the main act was just to bring something different to the show. My aim is to have a perfect show. I don't know how practical that is, but I'm working on it, so every year we tweak the show and try different things then."

He went on to say that all the other acts on the show are local talents.

"The best of the best in the business will be on this show, so guests can come out expecting to have a great night," he said. "We have persons like Ity and Fancy Cat, Dr Michael Abrahams, Leighton Smith, Dufton Shepherd, Lemon and Tony 'Paleface' Hendricks, so you know the energy will be high."

According to Tracey, guests can expect a bellyful of laughter, not just from the performers on stage, but from his co-host, Andrea 'Delcita' Wright.

"I wanted to work with her from last year but it didn't work out. Delcita is a big name in local theatre and I expect her comedic character to be a big plus for the show. Her being advertised alone has created a huge buzz, so I know people are looking forward to that. She's also very excited about it and is looking forward to bringing something extra to the event."

Aside from the comedy show, guests will be treated to giveaways throughout the night courtesy of main sponsors CALS.

"We will have a special giveaways segment hosted by Floyd, where our guests will be able to win gift baskets. CALS will also be giving away mini-gift baskets to the first 25 patrons at the venue."

This year's show is set for the Jamaica Pegasus hotel in New Kingston on Monday, August 1. Limited pre-sold tickets are available at York Pharmacy in Half-Way Tree and Genus Pharmacy in Portmore. You may also purchase your tickets via the ticket hot line at 413-8393.

Tickets are $2,000 pre-sold and $2,500 at the gate, reasonable prices for a show of its calibre, according to the promoter.

"We always try to keep our ticket prices at market value, and I think those prices are reasonable based on the quality show you will be treated to. We have only the top comedians on this show, elite performers who will bring their 'A' game, so just come out and enjoy yourselves," he said.

The show is expected to get under way at 7 p.m. sharp.