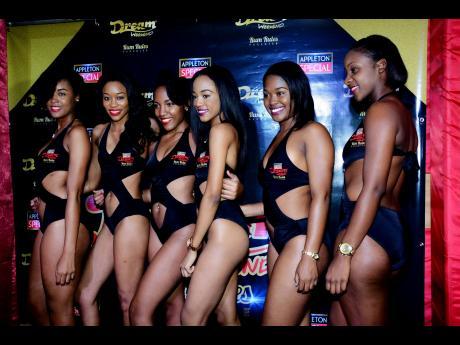 With three events already held, Dream Weekend is in full effect and has managed to pull thousands of patrons to Negril yet again.

There are patrons from all body sizes and races and noticeably several persons from the Jamaican Diaspora. Negril is known to be one of those places where the average Jamaican tries to speak standard English, through what many may call twanging. Perhaps in an attempt to better communicate with the high influx of tourists each year.

However, a strong Jamaican accent never seizes to give away the identity of the locals - even at their attempts at twanging, therefore it was a rather easy task to recognise those overseas residents and believe me there were many.

The Gleaner spoke with a few of the overseas patrons from the Jamaican Diaspora to ascertain why Dream Weekend was their preferred event and this is what some had to say:

TerryAnn Sinclair, who was visiting along with her friends from New York, told The Gleaner that Dream Week is a must during provided she has cash.

"This is my third year and I always plan for it. I was born in New York but my parents are always saying how Jamaica is beautiful and what not so I decided to spend my vacation here one year along with my friends from school.  Its the third time so it has been fun and the parties are epic. The thing I like about parties in Jamaica is that people are free and they know how to have a good time. Plus we get a chance to alternate between beach and party so its like a two in one experience," she said.

Terry Ann was in the company of three other New Yorkers and this was a similar observation extended to other foreigners. The huge turnout of visitors to the island for Dream Week apparently benefits from the tenancy of people to travel in packs.

Shaniel Forbe,s who is visiting from Florida, said parting in Jamaica is similar to places in Florida, however with less rules.

"I was born here and migrated at age eight but I do like to come down for Dream Weekend because that's just the best decision you can make in the summer. It will be back to work after this but for now it's excitement and I want every minute of it...so I am trying not to over drink so that I can literally experience every single party on the calendar...the weather in Florida somewhat similar to that of the islands. But there are less rules to spoil the fun here. So if I was to compare i would give Jamaica the edge because the laws are more relaxed here. Music is loud, alcohol is flowing, outrageous dancing. Its just crazy out here," she said.

Events like Dream Live saw strong performances from Popcaan, among others while Bounty Killer ruled at Celebrity Playground. Twisted Spiritz continued its winning streak pulling out thousands of patrons and delivering music from several genres.