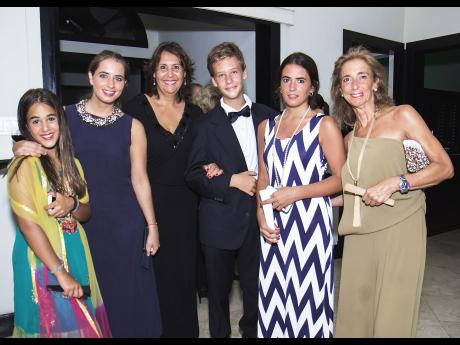 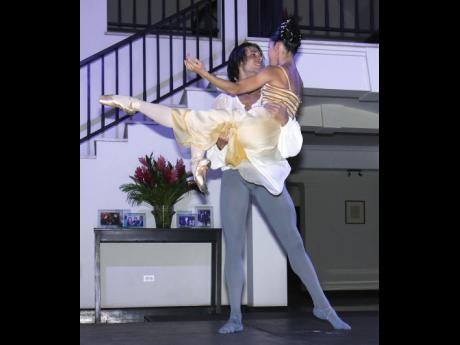 Contributed
Dancer Corey Landolt (left) lifts Venus Villa during the piece ‘Romeo and Juliet’ at the event tagged Swan Lake at Hanover Grange at the Tryall Club in Hanover on Wednesday. 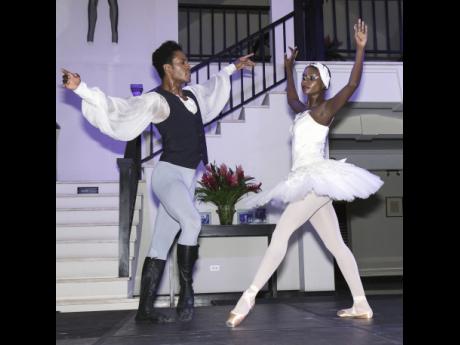 Contributed
Royal Ballet of London’s Fernando Montano with Ashley Murphy during ‘Swan Lake’ at the event of its name at Hanover Grange in Tryall on Wednesday.
1
2
3

The Royal Ballet of London dancer, accompanied by an amazing group of ballerinas, took the energy within the exclusively fabulous home owned by the UK's Andrew and Theresa Roberts to the apex in what those who attended have tagged "a successful cultural exchange of dance, music, wines and foods in Destination Jamaica".

Dubbed Swan Lake, the black-tie affair opened to William Shakespeare's Romeo and Juliet, with Romeo played by Corey Landolt and Juliet by Venus Villa. Using the well-defined balcony in the Roberts' home, Villa, who was born in Cuba, danced down the staircase into the arms of Landolt, who hid behind an imposing column awaiting her arrival.

The two enormously talented dancers were in sync with the precepts of 'drama ballet', taking the audience through a display of innovative choreography.

Their opening act, served to whet the appetite of the audience followed by a red-hot modern solo dance routine titled What Kind of Hard by Nardia Boodo, who changed the pace yet kept the momentum and promise that this was going to be no ordinary performance.

Into their third act, the star of the evening and the main feature, Fernando Montano, along with Ashley Murphy, had the audience in awe with their Swan Lake Pas de Deux, a scenario fashioned from Russian folklore.

Telling a story everyone in the audience wanted to embrace, the Murphy, dressed in white and sashaying as smoothly as a swan, was hoisted, carried, and worshipped by Montano.

The two dancers had a chemistry and luxury that easily beckoned to the people who came out for the once-in-a-lifetime experience. At the end of the dance, Montano said, "It was a difficult piece. We had a few hours to practice because Ashley was stranded in the airport in the US for two days and arrived here the day of the event."

Murphy got caught up in the Delta delays; however, no one at Hanover Grange would have suspected that she had gone through so many challenges trying to reach her destination.

In fact, like a swan, she gracefully danced her way into the hearts of those hungry for something to do in a town void of live entertainment.

A 10-minute interval and libation provided by Caribbean Producers Jamaica Limited, platinum sponsors of the event, and Montano was back on stage showcasing a solo performance titled Les Bourgeois.

Like the middle-class, perceived materialistic being that the word bourgeois denotes, the soloist who has been described as 'racing star' of the ballet world danced as if he belonged.

Montano, who has begun to choreograph and produce a number of projects of his own, closed his Jamaican debut with the Gallardo Tango, in which he played an Adonis, who after dancing to his heart's content offer his cigar to the lady of the house.

Swan Lake was well received and lady of the manor Theresa Roberts was the picture of pride and joy.

"I am so excited that I am able to contribute not only to providing scholarships for university students, but the exposure that so many Jamaicans have been given to the arts satisfies my soul," said Roberts.

Swan Lake was one of two events she is staging for charity purposes.

The next event is Sir Willard White in Opera, Wednesday, August 17, in collaboration with Rosh Marketing and Mystic Thai. The beneficiaries are MoBay City Run, the UWI Western Jamaica Campus Ambassadorial Fund, and the Glenhope Place of Safety.