Story of the Song | When there was a LIME with dubplates 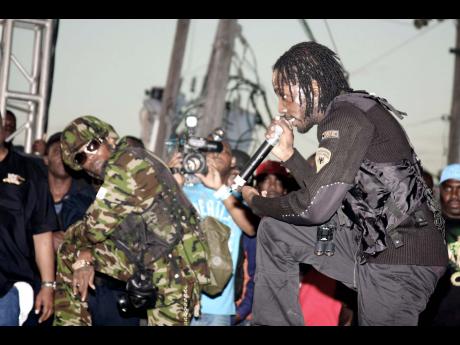 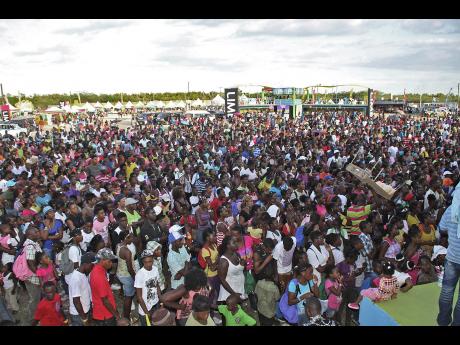 A section of the crowd during a LIME Skool Aid back-to-school project at Jam World, Portmore, St Catherine, on Saturday, September 1, 2012.
1
2

In another two weeks, the FLOW Skool Aid back-to-school event will be held once again. Up to last year, when it was used for the coming-out party of the unified telecommunications company, the combination of a concert, fun park, and preparation for the new academic year was LIME Skool Aid. While music is a big part of the event, there was a time when the company had dubplates, just like a sound system, which were played at events leading up to and at Skool Aid.

They were made in 2010, leading up to the first Skool Aid, when LIME was going at Digicel full tilt with an entertainment arsenal that included concerts at schools in Portmore; sponsorship of Teacha's Pet starring Kartel; and signing of a high-powered roster that included Bounty Killer, Elephant Man, and Mavado.

LIME had singjay Mavado redo the lyrics of his popular songs, Stulla and Mad Ova, to become dubplates for the company, while Vybz Kartel and Russian's Straight Jeans and Fitted became an encouragement to acquire LIME phones and credit.

The LIME Stulla dubplate exploits the familiar notions of male sexual stamina in dancehall but is also a commentary on Cable and Wireless' longevity in the marketplace, and Mavado invites the non-followers to switch allegiance from relative newcomer Digicel. Vybz Kartel and Russian's Straight Jeans and Fitted, as a dubplate for LIME, was a direct appeal to the pre-paid phone market. The LIME phone was positioned as an essential part of dressing fashionably.

For those who did not hear them, here are parts of the lyrics of two dubplates that, chances are, will not be played again for a company that is no more.

"So you can recognise

LIME is the people choice

You can call my LIME phone

If you want to hear my voice

Say anyone think them can beat we

Them phone too squeaky squeaky

When mi girl want to hear my voice

Long distance Stulla, so yu know sey we no stall

In the Straight Jeans and Fitted remake for LIME, Russian and Kartel deejay:

Any amount of calls we make it

Top up LIME phone to the limit

Oh, in case you never know

LIME phone is the best way to go

Mi give LIME phone to de kids whe a grow

an de signal no low