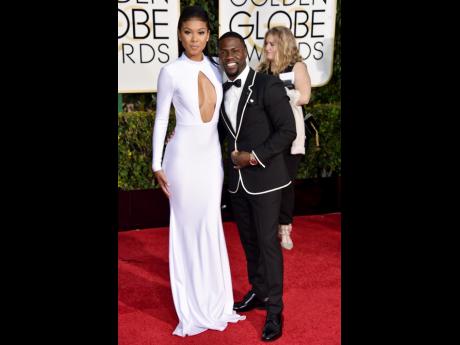 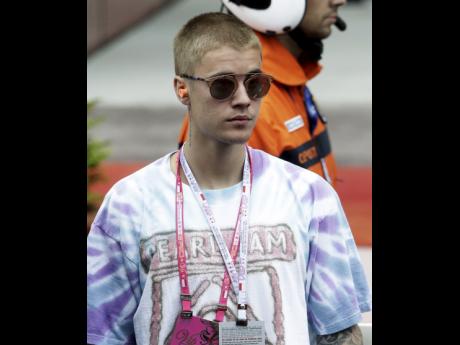 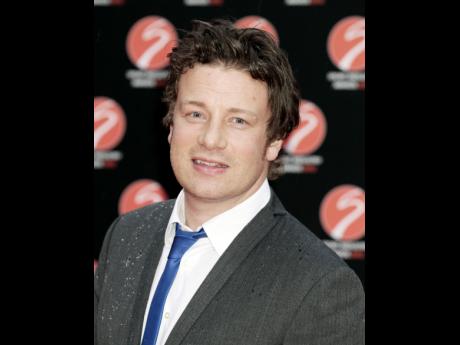 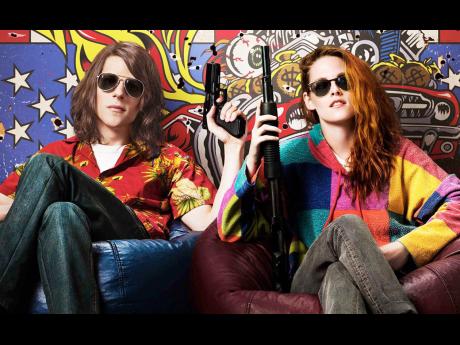 The couple, who got engaged two years ago, tied the knot in a lavish ceremony before 200 people in Montecito, California, on Saturday and Kevin shared some pictures on Instagram.

Kevin shared one picture of him and Eniko with his children, daughter Heaven and son Hendrix, from his first marriage to Torrei Hart and wrote: "#Harts what's understood doesn't need to be said!!!! #LiveLoveLove (sic)."

He also posted a picture of him and Hendrix, who was his best man, and wrote: "U can't teach COOL...U either have it or u don't.....My son AKA my best man has it!!!!! Last night was MAGICAL. #Harts #MeAndMyBestFriend thank u I have you @davidson_frere and @Musikafrere .....The Tuxedos were amazing (sic)."

And 37-year-old Kevin, who had initially claimed that the pair would marry last Monday, shared a stunning picture of Eniko, 31, in her racy wedding dress.

Kevin previously spoke about settling down with Eniko, joking he was ready to "lock this love up in a box." He said: "That's right ladies. I've got to put this chocolate in the freezer.

"So if you wanted a piece, you better take that want and put it in your pocket, because you ain't gonna get it, because it's happening. I'm going to lock this love up in a box." The star also revealed that he has left all of the wedding planning up to his fiancÈe , but has restricted her spending with a budget.

Justin Bieber has threatened to make his Instagram account private because of the abuse directed towards his new girlfriend.

The Sorry hitmaker recently went public with Sofia Richie, but after fans took to social media to criticise her appearance, Justin has issued a warning. He said on the photo-sharing website: "I'm gonna make my Instagram private if you guys don't stop the hate this is getting out of hand, if you guys are really fans you wouldn't be so mean to people that I like. (sic)"

This comes shortly after Justin's ex-girlfriend, Selena Gomez, said she "accepts" people don't really know what her life is like. Selena thinks a lot is "assumed" about her that isn't really true, but she has learned not to get upset by it as there's nothing she can do to change the situation while she's in the public eye.

She said: "Nobody really knows everything and they can only assume ... I figured it's just temporary. I feel like that fortunately and, unfortunately, it's where my life is at the moment and I have to accept it."

Selena also claimed recently that she wants to date a "low-key" actor.

The Hands To Myself hitmaker said she would like to settle down with someone who is a little less famous, but explained: "I think people would think it's kind of dumb [to date me]. Nobody would want to throw themselves into that situation where it was so heightened publicly, like, why would they? "[I'd like a] low-key actor, writer or producer, but those kind of guys are terrified of me!"

No vasectomy for celeb chef

Jamie Oliver has been banned from getting a vasectomy.

The celebrity chef and his wife Jools recently welcomed the fifth baby into their family, and while Jamie is reluctant to have any more children, his wife is still not keen on him having a vasectomy. The 41-year-old told Gurgle magazine: "I'd suggested getting the snip was a good idea, but Jools won't let me ... she loves babies."

The latest member of their family, a baby boy whose name has not yet been revealed, has joined Poppy Honey Rosie, 14 years old, Daisy Boo Pamela, 13, Petal Blossom Rainbow, six, and Buddy Bear Maurice, five.

Following the birth, Jamie recently took to his wife's Instagram account to post a picture of Jools and her new baby sleeping side by side. He captioned the image: "I hacked mums Instagram account bless them both sleeping and exhausted together I can't tell you what a wicked mum this chick is ... I had the best week off readjusting to the new family member a baby boy and I've loved every single minute ... everyone has grown and adjusted ... Big love to all the mums out there it's hard graft amazing."

"Happy weekend people and when Jools finds out I hacked her account all I can say is I love you joxxxxxxx (sic)".

Kristen Stewart used to vomit "every day" because she was so panicked by fame.

The 26-year-old actress, who shot into the limelight in 2008 when she starred as Isabella Marie 'Bella' Swan in the popular franchise Twilight, has admitted she struggled to deal with fame when she was first catapulted into the world of showbiz, so much so she constantly had a stomach ache.

She explained: "I went through so much stress. I had panic attacks, I used to puke every day and very casually, too. I didn't have an eating disorder; it wasn't to do with that. I always had a stomach ache. And I was a control freak. I couldn't anticipate what was going to happen in a given situation, so I'd be like 'maybe I'm going to get sick' and then I'd be sick."

And it wasn't just Kristen's battle with anxiety that was taking over her life, as the blonde was also desperately trying to curb her fight against obsessive compulsive disorder (OCD).

She explained: "As I am getting older, I'm going into my OCD. If things are a mess, I feel like I have lost everything. So I procrastinate by tidying, which is so stupid. I say to myself, 'Just do what you need to do. If you want to write something, if you need to get a thought out, if you need to call someone about something creative, do it now! You don't need to organise your desk first'."

Although she still gets short bursts of uneasiness, Kristen has learnt to deal with her mental-health issues and focus on the things that are thrown at her on a day-to-day basis.