Beenie Man: I want to become a Jamaican Hollywood star! 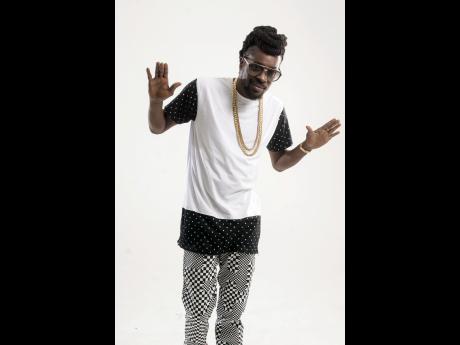 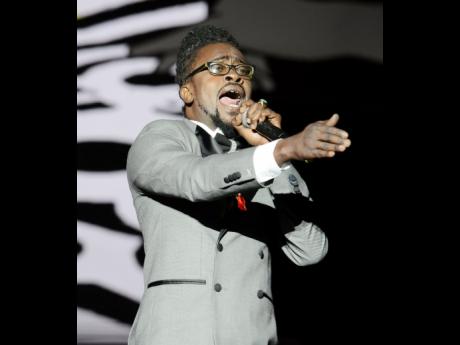 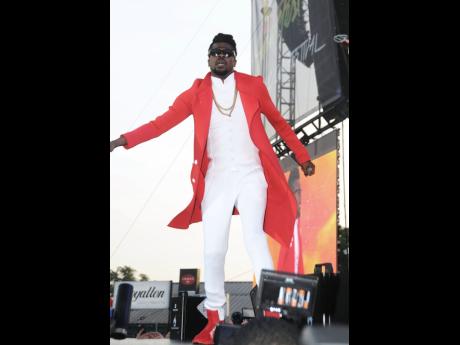 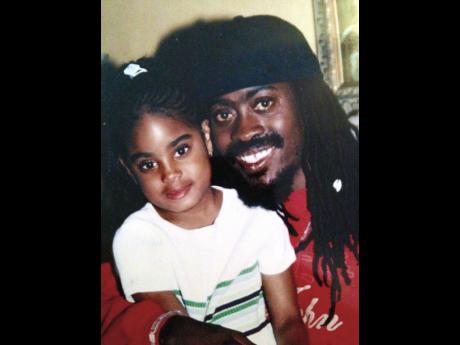 TO say that Beenie Man is dancehall's most consistent contemporary act would be a pretty fair statement.

Yes, a slew of artistes have enjoyed fame and notoriety since the much-loved Jamaican deejay emerged on to the scene in the early '90s.

Sean Paul gave the genre a new lease on life in the mainstream in the early 2000s - but he went on to turn his attentions to more pop-driven hits.

Mavado became dancehall's 'Gully God' when he burst on to the scene in 2004, but as new acts emerged, the hype began to fade for the Money Changer hitmaker.

Then there was Vybz Kartel, who enjoyed almost godlike

status within dancehall, thanks to hits like Clarks and Summertime, but he is, of course, currently behind bars.

Through it all, Beenie Man has stood strong. He has released hits year upon year;

has continued to perform at major stage shows in Jamaica; and has graced stages in the Caribbean, North America and the Far East.

He earned a Grammy Award, a MOBO Award, and has successfully maintained his status

within dancehall circles, while also earning commercial stardom with crossover hits including Who Am I? and Dude.

Perhaps unsurprisingly, Beenie's longevity and consistency, led him to be dubbed the 'King of the Dancehall'. And it would seem that the beloved deejay will not be dethroned any time soon.

"The man who I see could tek the title, him dey a prison - that's Vybz Kartel," Beenie reasons. "He's a brilliant deejay, but he's in prison. And if me give you my crown, you have to be able to go ah foreign and work for the people. Unfortunately, he can't do that. So right now, mi nuh see my crown ah go nowhere at all!"

Currently working on his new album, Unstoppable, which is due for release on his birthday, August 22, Beenie is undoubtedly a dancehall veteran.

Born Moses Davis, he showed musical promise in his childhood, and was encouraged by his musician uncle, Sydney Knowles, who saw his nephew's musical ability.

He was soon introduced to local sound system operators, and in 1981, at the age of eight, he recorded the song Too Fancy, with record producer Henry 'Junjo' Lawes.

Reflecting on his early beginnings, Beenie says that making music was motivated not only by love, but also by a desire to take care of his family.

"My uncle is a man who instilled that love of music in me from young," Beenie recalls. "So I was encouraged from a young age. And from the age of 10, I was thinking about making an album so I could mek money and tek care of my mother. I really sent myself to school because I didn't want to pressure my mother because she had 13 of us to take care of. So now, when I see the yout' dem on the street doing nothing, it hurts me. If these youths would get an education and find a job, they could make something of themselves. I like when the youths are progressive."

Beenie's "progressive" attitude saw him go from a talented youngster to a full-fledged dancehall icon. His well-documented feud with fellow deejay Bounty Killer only served to earn him further attention, while signing to major label Virgin Records in 1998 earned him greater appeal both in the

UK and Stateside, thanks to

hits including Romie, Girls Dem Sugar and King of the Dancehall.

The year 2000 saw him scoop the Grammy Award for the best reggae album for his record Art & Life, and that same year, he was on UK shores to receive the MOBO Award for Best Reggae Act.

The accolades speak for themselves. But ask Beenie himself to explain why, for so long, he has remained the king of the dancehall, and the deejay offers a lengthy pause as he prepares to reel off his successes.

"Okay," he sighs before

letting out a hearty laugh. "Alright. Let me try and work out dis yah one now! I started my [professional] campaign in 1991. [Nelson] Mandela came to Jamaica in 1991 and I got booed in the National Stadium," he says, recalling a well-documented incident where he was booed off stage during a show celebrating Mandela's visit to the island.

"A month after that, I had a song that was mashing up Jamaica. People could not believe it was me. Then in 1992, I became Beenie Man the star - everybody knew about me.

"In 1993, I had my first clash with Bounty Killer - I conquered that; I was named deejay of the year, time and time again; I have the most number one songs as a Caribbean artiste - I've accomplished a lot! On top of that, I love music, I love my fans, I respect those that I meet. I'm media-friendly, radio-friendly - there's a whole heap ah tings!"

Aside from being a gifted deejay, Beenie is likeable.

His self-assurance could be mistaken for cockiness, but his humility constantly rings through, as he asserts his genuine love for his craft.

"I didn't come into the music business to always be on top," he says. "I just mek music, and the music worked, but more than anything, I love and respect music for what music has done for me."

So what don't we know about the star, who is also dubbed 'The Doctor' and the 'Girls Dem Sugar'? What secret skills or hobbies does he have?

"I don't keep secrets, you know," he laughs. "Aside from the music, I'm a real family man. I make time for that. When it's work time, it's work time, but I'm never too busy for my kids. Some artistes go ah studio and then come out and have nutt'n to do. I spend time with my family."

The father-of-11 adds: "When I was younger, my mother had to work and my father wasn't around. So my ambition was to be a better father than mine."

So what's the future for this ace deejay? Where does he see himself in five years' time?

"In America ah mek movie!" he asserts. "I want to branch into acting and become a Jamaican Hollywood star!"

Why not? He's clearly unstoppable.