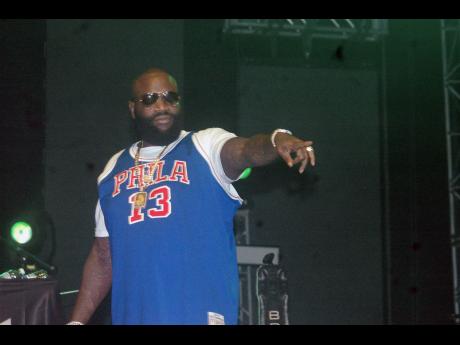 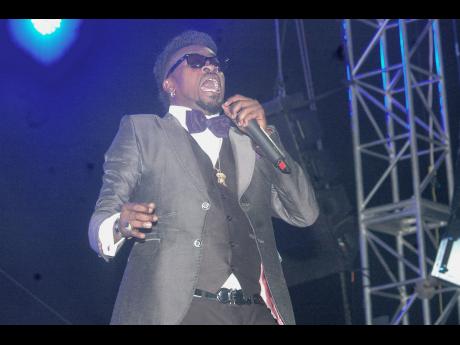 Adrian Frater
Beenie Man during his performance at High Vibes, held at the Aqueduct, Rose Hall, MoBay, on Saturday night. 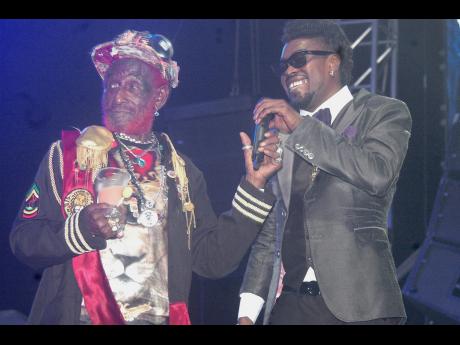 Having been properly warmed up by the refreshing early performances from emerging Jamaican acts Black Hero, Person of Interest, Brady O'Conner, Zia Benjamin and October Rain, Mexico-based Jamaican singer Kassiano and the more seasoned Lee 'Scratch' Perry and Ky-Mani Marley, the High Vibes audience was ready for the dapper Beenie Man when he hit centre stage at 1:38 a.m.

He was the penultimate performer on the concert line-up at the Aqueduct, Rose Hall, Montego Bay, on Saturday night.

The lanky deejay started his set amid the gleeful screams of female fans, who were busily jostling for space before the stage as he strolled into the glare of the spotlight nattily attired in full black, unleashing the catchy lyrics of King of the Dancehall. After breaking stride momentarily to promise fans he would be giving them a generous sampling of the 100 number-one songs he said he had recorded over the past 29 years, Beenie Man reeled off Who Am I (Zim Zima), Romie and Girls Dem Sugar in rapid succession. He did a sweet calypso medley before delving into Healing. With Lady Saw not present for the duet, he got the audience to sing her part.

With the fans all but eating of his hands, Beenie Man briefly departed from his catalogue, again offering up a medley of Jamaican classics inclusive of Bam Bam, Murder She Wrote, Them A Bleach and Shabba Ranks' X Rated, which prompted Lee 'Scratch' Perry to walk and give him a pat on the shoulder.

It was all smooth sailing as Beenie Man continued to churn out hits, injecting fresh excitement with crowd-pleasers such as Wickedest Slam, Old Dog, Gal Inna Bungle, Dude, Back It Up, the calypso-flavoured Gimmi Likkle and Yardie, the lead track from his latest album, Unstoppable.

Beenie Man was joined on stage by Fambo, who danced up a storm and unleashed (along with Beenie Man) I'm Drinking Rum and Red Bull and Drunken Dance. Beenie Man reeled off I'm Okay as he exited the stage.

Rick Ross, who closed the show, delivered generously from his six studio albums and numerous singles. With his backing band and sidekick integral to his performance, songs such as I'm Not A Star, Hustlin' and Thug Cry generated as much excitement on the stage as they did in the audience.

With the youthful audience members providing additional energy, the hits, including MC Hammer and Where My Money, kept rolling along with the stage antics. The flashy dance steps, especially to Money Dance, were crisp and eye-catching.

When Rick Ross, soaked in perspiration but seemingly willing and ready to continue, was informed by his management that his allotted time had expired, Ross seemed disappointed as he waved goodbye and the audience began to drift away.