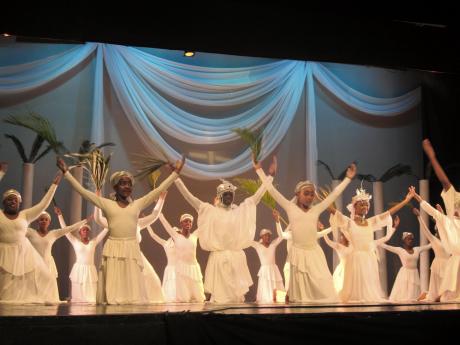 Marcia Rowe
The Barbara McDaniel choreographed 'In the House of the Lord'. 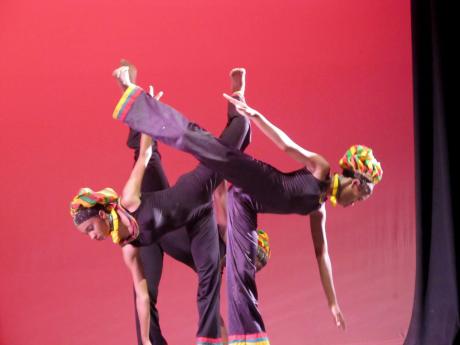 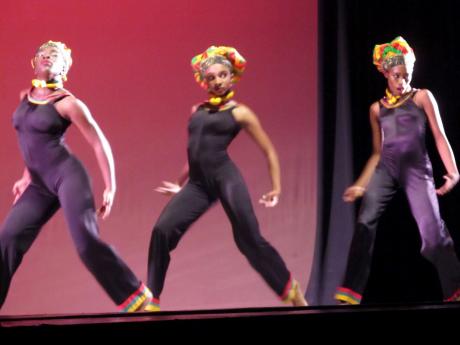 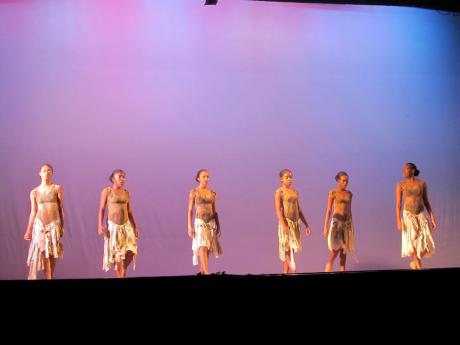 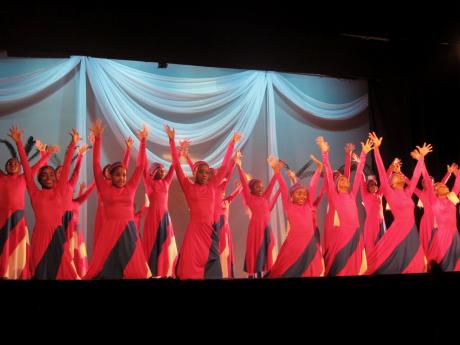 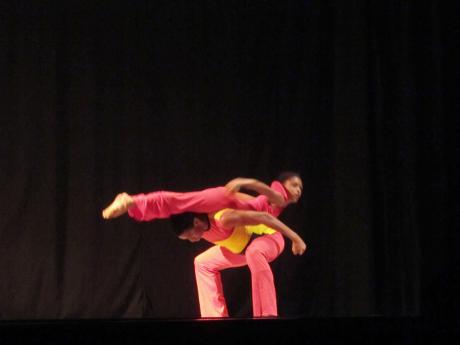 The gala night affair was the second of three shows in the dance company's 2016 season. Amazingly, 91 per cent of the dances were being premiered.

The show began on a somewhat sombre note. After the playing of Jamaica's National Anthem, the audience was instructed to remain standing for a 'clap offering' in memory of the fallen St Georges College student, Dominic James. The format of the tribute was perhaps due to the celebratory nature of the dances on the programme.

With protocol out of the way, it was time for the young talented dancers from the tri-schools located below Cross Roads, to showcase their weeks of rehearsal, subsequently bringing repertoire of 2016 to life.

McDaniel was responsible for choreographing approximately 60 per cent of the dances, and her presence was evident in the set designs and a number of the costumes. But it was Beckford's 2016 'Sashay', that opened the dance parade.

Going against the grain, Sashay was not only a jazz piece, but was performed by some senior dancers instead of the customary large group. The decision proved to be effective, as the confidence, uniformity and bounce of the dancers under hanging images of dancers and musicians, served as the ideal preamble for the programme. It also emphasised the overriding tone and theme of the show - to 'jus dance'. In the dance, the predominantly female dancers wore blue dresses, and gold top hats. Each item glistened to every move made by the dancers under the bright lights of the Tom Redcam-based Little Theatre.

McDaniel's account opened with her 2016 piece, 'We Girls', and was followed by her 2014 choreographed, Land of Dreamers. The later was performed by the intermediates and seniors, while the former was danced by the tiny tots and juniors. The large group of tiny tots and juniors saw the choreographer opting for a simple costume of black shorts and yellow tops and some on-the-spot moves, occasionally changing formation, but managed to maintain a celebratory mood.

In 'Land of Dreamers', McDaniel was more creative with a relatively smaller and more experienced group of dancers, who showcased some very entertaining and contagious attitudes.

The shorter segment two ran as tightly as part one, but began with more spectacle and dramatics. The first three dances, choreographed for 2016 by McDaniel, seemed to pay homage to Jamaica's religious culture. From the more ballet-like movements, reinforced by long flowing costumes, towering white columns and palm leaf-bearing dancers for 'In the House of the Lord', to long red dresses and neatly supporting head wraps in the revival-themed, 'Good Ole Times'.

Other dances that must be mentioned, and for different reasons, are Smith's 'Synergy' and McDaniel's 'Jamfiesta'. Both premiered for the season. 'Synergy' was a display of some innovative formations and was justly executed by the small group of dancers. And whereas in 'Jamfiesta', the juniors seemed to be having fun, reinforced by vibrant costumes, the content of the song was inappropriate for the age group.

The entertaining show however, ended with the high energy 'Jus Dance', and needless to say, that was conveyed throughout the McDaniel 2016 choreography.