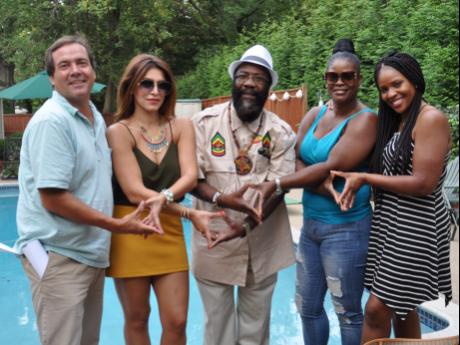 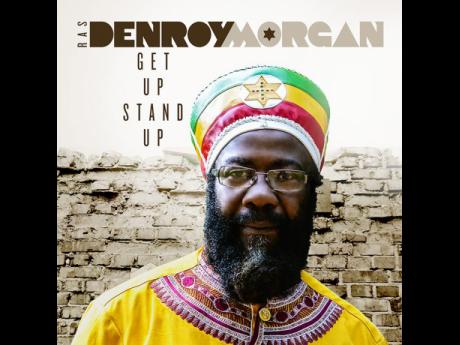 Contributed
Get Up, Stand Up album cover 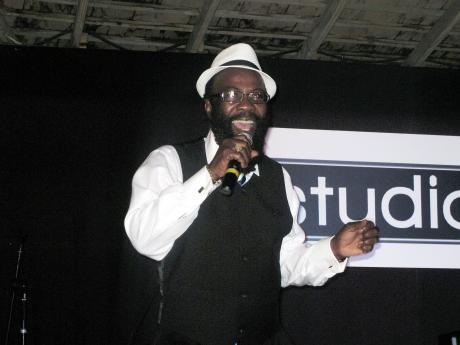 Denroy Morgan is a man on a mission. This widely respected reggae icon has at various times been a bishop, a hit-maker, a barber, a cook, a father, an advocate for the use of marijuana, and the patriarch of one of reggae's most acclaimed bands, Morgan Heritage.

In recent times, Morgan has beat incredible odds in New York City by getting off a charge of possession of over 20 pounds of marijuana with only a court fee charge of US$25 and 90 days' probation, arguing in his defence that the weed is a sacramental requirement for his Rastafarian faith. And a few months after Morgan's case was closed, legislation changed in New York that prevented persons who are found in possession of under 23 grams of marijuana from being arrested.

But with all those challenges and hurdles long behind him, Morgan has turned to a new chapter, and his focus is now primarily on rebooting his music career. He drops a new single this week, Get Up, Stand Up, written by Peter Tosh and Bob Marley, and a new album is scheduled for release early in 2017.

The single is on the ASAPH label. It was produced by Sidney Mills and will be distributed internationally by VP Records. Morgan is hoping that this new project will bring back the luster of the days when he rode the top of the charts with his smash single, I'll Do Anything For You.

"For almost 20 years, much of my musical energies have been directed towards the development of the musical careers of my children and I had virtually no time to look about the development of my own career," Morgan revealed. "Now that the children are grown, established, and have become their own hit machines, it's time for me to re-group my energies and focus on my own career, and I plan to come out bigger, harder and stronger than ever before," the ordained bishop of the International Gospel Helpers Church in America and Africa added.

Morgan's upcoming music has been heavily influenced by his spirituality, and the lead single was deliberately chosen as a rallying cry for people across the world to become more engaged and more assertive with the issues that affect their daily lives, be it political, economic, social, or cultural.

"This song is a traditional, original reggae anthem that was created from the struggles of a people, and I am going back to those vibrant roots", he pointed out.

Morgan, who is also an appointed and anointed ambassador of the Ethiopian Orthodox Coptic Church of North and South America, says he's been performing Get Up, Stand Up while on tour for a while, and apart from the song being a symbol of empowerment, reggae fans just go crazy with the lyrics, the music, and the vibe of this timeless classic. He is hoping that much of the energies emanating from the song will bleed into music sales.

Bishop Morgan is equally passionate about the decriminalization of ganja as he is about his music, and even when it was not fashionable or popular to say so, Morgan was one of the voices crying out for the 'emancipation' of marijuana.

"For many years, ganja was targeted and prosecuted, and many lies were told about the weed.