Story of the Song | Chalice says heroes would make a difference 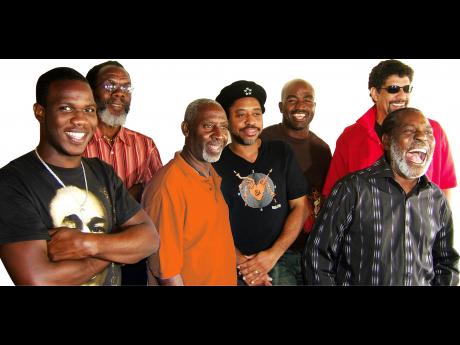 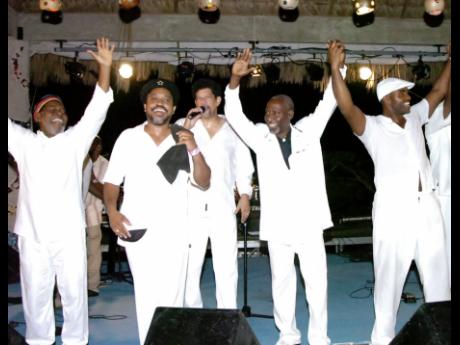 In the month when Jamaica honours its national heroes, Story of the Song revisits four songs which speak about them. The first is Chalice's Heroes, which is part of the band's new album, A Song, which adds new voices to some of the group's all-time classics. The Gleaner first spoke to singer/songwriter/producer, Wayne Armond about the song in 2013.

Heroes by the band Chalice, is a song of longing for iconic figures of resistance and protest from three societies, tied together by the commonality of a negative Black experience. It starts in the city Wayne Armond was arriving in by air at night when he wrote the first verse on a vomit bag, and works its way to South Africa. Along the way Heroes takes a caustic look at the United States, and England gets a line or two.

Armond started Heroes, which was recorded by Chalice at Mixing Lab in about 1989, alone. He had stopped over in New York after Chalice had done a European tour. Coming into Kingston without his bandmates, and looking down at the lights, Armond said, "I had not seen Jamaica for three months. I thought it was so beautiful."

However, the lights did not blind him to the realities to which he was returning.

Armond thought about the rampant crime and acts of cruelty that lay beyond those lights and, "it just came to me. I wrote it down on a vomit bag". That was not unusual, as Armond said he has written some five or six songs on the same item of equipment.

What Armond wrote this time around was:

"Kingston's streets are so dear to me

But a cancer grows in our society

For they are poisoning the young ones' minds

With chemicals and guns

Is this the way to raise your daughters

Or to raise your sons."

"If Marcus Garvey was in town

When all these things are going down

I am sure he would write a page or two

And tell the children what to do

And, the songwriter advises:

Fret not thyself of things to come

The pestilence and the nuclear bomb

And the pure in heart will rise again."

While the first verse was complete by the time Armond was actually in the country, the rest of Heroes was "developed over weeks until it became what it became".

Armond sang lead on Heroes, as "I wrote the song, I felt I could express it the best way."

Part of that expression was being fed up with the United States' (US) military activities around the globe. Armond, who had relatives in the US armed forces and would not like to have them hurt on duty in some far-flung place in the world, said "it did not sit well with me". So he wrote:

"It's good to live in the land of the free

Just don't be poor or part of the minority

Hey Lady Liberty, have you ever heard the sound

Of your native sons when they spill their own blood

And then he refers to an American icon, asking "oh where is Martin Luther King/To make those bells of freedom ring?"

England gets glancing mention ("London Bridge keeps on falling down"), before Armond turns to South Africa with "and another black soul dies over in Cape Town".

The hero in this verse died over a decade before Heroes was written, as Armond's lyrics go:

"Steve Biko did a captive man

Trying to bring freedom to his land

Although it remains the same

I know he never died in vain"

No matter the country or the hero, there is a common thread through Heroes, the comforting:

"Fret not thyself of things to come

The pestilence or the nuclear bomb

And the pure in heart shall rise again.'

Heroes did not fit into the party-hearty mode which often drives popular music, but Armond said Chalice was enthusiastic about recording it. "The band had always been open to doing alternative things," he said.

And the arrangement was, as always with the band, Armond said, "a democratic process". The result was a "musical accompaniment just the way I wanted it (to complement the lyrics)".

As Chalice rehearses songs before recording them, the studio process went well.

Heroes came out on the Catch It album. Armond said "Although the album did not do so well, the song still stood the test of time.

When Chalice was performing regularly in Mexico in the early 1990s, Armond said, "it was one of the stronger songs we did". It connected with the English speakers plus, Armond said, the band members' body language spoke volumes.

In Jamaica, he said, "We did it on one of the early Reggae Sumfests and it was well received."