For the Reckord | Nanny on European march 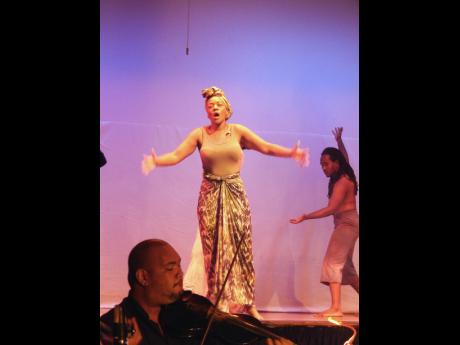 Michael Reckord
Soprano Abigail Kelly (centre) as Nanny in the opera 'Sacred Mountain: Incidents in the Life of Queen Nanny of the Maroons' with Darren Young on viola (left) and dancer Paul Newman. The opera was staged recently in the Vera Moody Concert Hall, Edna Manley College of the Visual and Performing Arts, 1 Arthur Wint Dr, St Andrew. 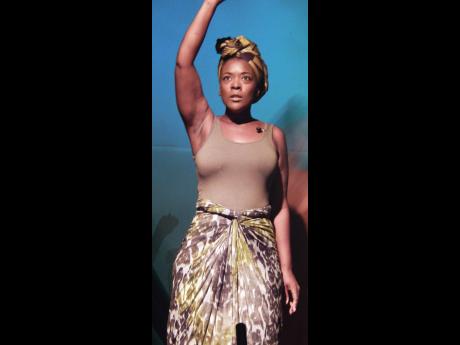 Michael Reckord
Abigail Kelly as Nanny in the opera 'Sacred Mountain: Incidents in the Life of Queen Nanny of the Maroons', staged recently in the Vera Moody Concert Hall, Edna Manley College of the Visual and Performing Arts, 1 Arthur Wint Dr, St Andrew. 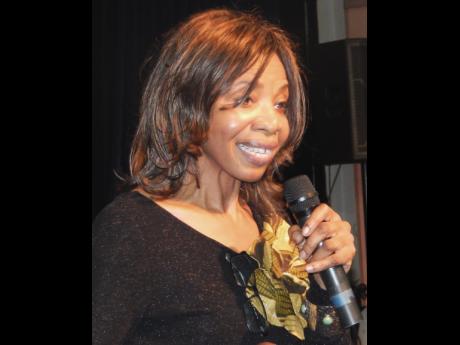 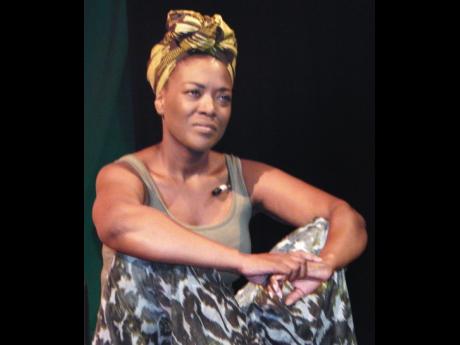 Michael Reckord
Soprano Abigail Kelly listens keenly during the post-show discussion of the opera Sacred Mountain: Incidents in the Life of Queen Nanny of the Maroons in the Vera Moody Concert Hall, Edna Manley College of the Visual and Performing Arts, 1 Arthur Wint Dr, St Andrew. 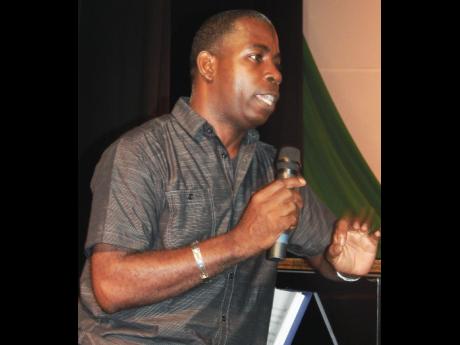 Michael Reckord
Roger Wiliams, head of the School of Music, Edna Manley College of the Visual and Performing Arts, speaks about the music of the opera Sacred Mountain: Incidents in the Life of Queen Nanny of the Maroons at its recent presentation in the college's Vera Moody Concert Hall.
1
2
3
4
5

Early last month, a roomful of opera lovers came out to meet composer Dr Shirley Thompson and soprano Abigail Kelly, UK-based classical musicians of the Jamaican diaspora, about whom they would have already heard much.

Thompson's 45-minute opera Sacred Mountain: Incidents in the Life of Queen Nanny of the Maroons was presented in the Vera Moody Concert Hall at the Edna Manley College's School of Music. Untraditionally, the opera was written for only one singer (with some narration) and it was Kelly who sang.

Judging from the applause when the opera ended and the animated discussion which followed between Thompson and the audience, the opera was well received. This was not only because of its music, but also its cultural context. The epic story is about our only national heroine's life as a Maroon leader in the Blue Mountains and her victorious fight against British troops.

More of the discussion centred on the opera's cultural aspect than its music, which Thompson described as "difficult", "challenging", "gritty" and "not meant to be beautiful" (although it does reflect the majesty of the Blue Mountains).

Subsequently, I have been in email communication with Thompson and Kelly, who have made it their mission to spread Jamaican culture throughout Europe, primarily through classical music.

Cultural historian Vivian Crawford should welcome that news. His comment to Thompson was, "I'm glad you performed it [the opera] in Britain first [last year] to remind them that though Britannia ruled the waves, they couldn't rule the bushes. Thanks for telling a story of our people. This must be the beginning of many more such operas."

On her choice of Nanny as an opera's main character, Thompson told the audience: "I used my imagination to turn out a character that could represent every woman of Jamaica - that strength, that power, that spirituality, the insight, the incredible strategic ability that she had to conduct warfare without arms when the British militia was fully armed. I saw this as an opportunity to develop in the operatic canon one of our own. This was going to be possibly the first time in the European canon an opera that featured a person of African of Caribbean descent was shown in Europe."

A former history teacher, Thompson said because the Caribbean story was often "written out" of European history, as soon as she got a chance as a composer to tell that story, she took it. The reality of life in the Caribbean was not well known in Europe because, "there's a very particular depiction in the newspapers, on the radio, the television that perpetuates myths."

Tony Kelly, Abigail's father, informed me by email that in her first Jamaican concert in 2008, Abigail performed a suite of five Jamaican folk songs arranged by Peter Ashbourne, "with a classical twist" at the opening of the Jamaica Defence Force (JDF) museum.

"Since then ,those songs are a regular feature of her repertoire at recitals in England, Europe, South Africa, Cayman Islands and Montserrat, alongside the well-known [classical] arias, as that is part of her cultural roots and heritage," he added.

Next Wednesday, Thompson is scheduled to be a keynote speaker for the BBC Diversity in Composition conference at the Royal Northern College of Music.

"I will posit the strong contribution of musician/composers from Jamaica, the Caribbean and Africa to the historiography of classical music - an unprecedented acknowledgement in Western European musicology," she stated.

CORRECTION: In my article on Sacred Mountain published in The Gleaner on September 14, I mistakenly termed the opera "unfinished". What Dr Thompson had called "a work in progress", was the presentation at the School of Music, which was staged after only a week of rehearsals with dancers and musicians. She was not referring to the opera.