Tanice - A young voice takes on an old genre ... At tonight's ska festival 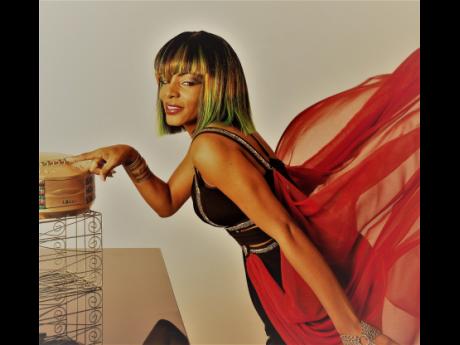 Contributed
Tanice Morrison hopes to infuse a generous dose of youthful Jamaican adrenalin in her performance on the Ska and Rocksteady Music Festival tonight.

Later tonight, one of Jamaica's new-generation voices will take on her greatest challenge to date. Her name is Tanice Morrison and she is a Kingston-born soulful reggae singer, who is attempting to woo a new audience and win more stripes in her 15-year music career, by performance at the One World Ska and Rocksteady Music Festival taking place tonight at the Ranny Williams Entertainment Centre.

Morrison is only in her 20s, an unlikely age to take on a ska and rocksteady festival, two decades-old genres of Jamaican music. But her primary weapon is her enthralling and seductive voice, one that she hopes will infuse a generous dose of youthful Jamaican adrenaline into a form of music that is gradually slipping away from post-Steely and Clevie generations.

The songbird comes with other credentials, too, that won't hurt her mission later tonight. She has received voice training from both The Mico University College and the Edna Manley College for the Visual and Performing Arts. Both her parents were musicians who coaxed her, without resistance, into the world of music at the tender age of six. Her mother was a Studio One recording artiste, her stepfather was a musician, and her younger brother plays the bass guitar professionally.

Morrison has opened for the Chi-Lites in New York, she has performed in Taiyuan, China, and she has done numerous performances across Jamaica, including a guest appearance with Bunny Wailer on Reggae Sumfest.

Currently, she is quietly building her brand and her fan base by performing continuously to small, intimate audiences around the island. She has three releases out now - Didn't We Almost Have It, Missing Pieces and Let It Flow - and her jaw-dropping vocal performances on all three songs have been attracting attention from local and overseas radio.

On this weekend's festival, she will perform alongside Sparrow Martin and Skasonics. She has known Sparrow Martin, a veteran musician and director for the Alpha Boys' Band for many years, and they have worked together in the past. During her ska segment, Morrison will be doing a few tributes, including one to Millie Small, as well as an original ska song titled Tonight.

"I am a young girl with an old soul, with no limits to my style of music," Tanice Morrison, a former music educator who reluctantly left her teaching job to pursue music full-time, told The Gleaner.