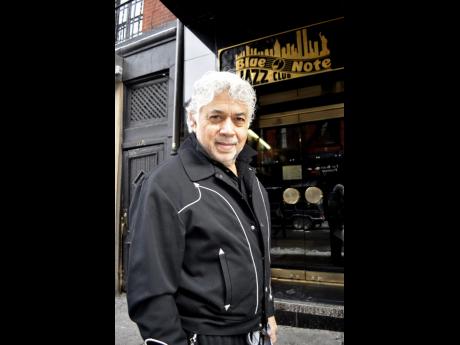 A straight line may be the shortest distance between two points, but it's hardly the most memorable. Little wonder then, that both rivers and railways invariably twist, bend and undulate as they navigate varied terrain. It's much the same way with music, whether jazz, reggae, funk or any other genre.

With more than 70 albums to his credit under his own name, and featuring on many more, pianist Monty Alexander has traversed a wide array of musical terrain, making the world seem smaller through music. He has also amassed an enviable list of friends and collaborators, having performed with just about every major figure in jazz, including Dizzy Gillespie, Frank Sinatra, Sonny Rollins, Milt Jackson, Quincy Jones, Bobby McFerrin and his longtime friend and compatriot, the legendary Jamaican guitarist Ernest Ranglin.

But with all of that, there's one connection - a 'river of the heart', one might say - that has remained central to his feelings and philosophy, no matter where the music has taken him, and that's the connection between Jamaica and the USA. Growing up in Jamaica, young Monty was exposed early on to the feast of sound that was then part of the Jamaican social fabric: the old folk songs, calypso players at hotel poolsides, nascent Jamaican pop and, of course, jazz.

That 'stream' took him to the US in 1961, and beginning at Jilly's, the New York City nightclub, where he held court and began to gather force. Since his arrival in the US, Alexander thrilled audiences with his signature blend of jazz and the popular music of home. In no time he caught the attention of jazz's leading lights, and the venerable career we now celebrate was on its way.

The duality in his music is now reaching its fullest expression in what the pianist dubs The Harlem-Kingston Express (H-KE). The name evokes not only the combination of the two cities but also the high-powered excitement the band brings to the stage.

In this combo, American jazz and Jamaican reggae not only co-exist, they intermingle and inform each other. The H-KE is essentially two groups in one: a jazz group and a reggae group, with Alexander straddling the two on piano. Each plays more or less purely in their own genre, but with Alexander, the common thread that holds them together.

Under that banner, the group has thus far recorded two albums: the Grammy-nominated 2011 live album, and The River Rolls On, both on the independent label, Motema Music.

And the river is indeed rolling on, and bringing Monty home, for his first Jamaican performance in roughly a decade. Appropriately dubbed 'Home for Christmas' the event is set to unfold on Sunday, December 11 at Kingston's Jamaica Pegasus hotel. The musical homecoming will serve as a benefit for the Global Giving Initiative of the University of the West Indies, and will be under the patronage of former prime minister (and renowned manager of the Skatalites), the Most Hon P.J. Patterson, as well as the vice-chancellor of the UWI, Sir Hilary Beckles.

We can expect Monty to be joined by his core ensemble of Hassan Shakur on acoustic bass, guitarist Yotam Silberstein, and drummers Karl Wright or Obed Calvaire. They're joined by Earl Appleton on keyboards, electric bassist Joshua Thomas, guitarist Andy Bassford, and percussionist Courtney Panton (the latter having an extensive musical legacy of his own).

With such a deep source, and the vast accumulation of material on his journey, it would be almost pointless to guess at a possible repertoire for the evening, but it would be no surprise to hear Jimmy Cliff's The Harder They Come and Bob Marley's Redemption Song, or soul hits such as Marvin Gaye's What's Goin' On (which Monty rechristens on the album as Wa'a Gwan). Equally, we may be gifted with Rodrigo's Concierto de Aranjuez, (popularised on Miles Davis' Sketches of Spain) and New Orleans staples like Sweet Georgia Brown and That Old Black Magic.

Above all, expect to be thoroughly entertained, as the thing Monty has demonstrated is that he can swing almost any song, and he can 'reggaefy' almost any standard. In his brilliance and passion, the musical streams twist, part and merge and become something new - something unmistakably Monty Alexander.