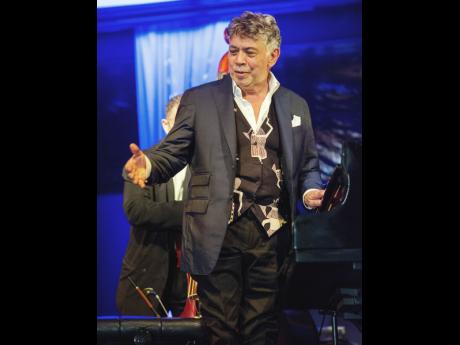 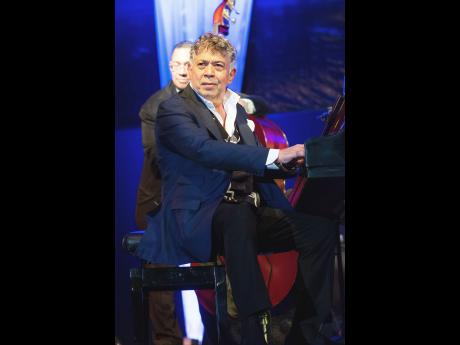 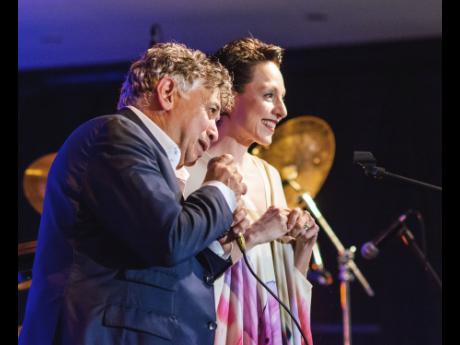 Darien Robertson
Monty Alexander (left) and his wife, songstress Caterina Zapponi, share the stage at the Home for Christmas benefit concert, held at The Jamaica Pegasus on Sunday night. 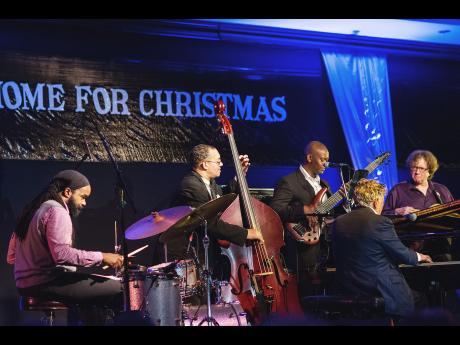 Darien Robertson
Monty Alexander and the Harlem-Kingston Express performing at the Home for Christmas concert. 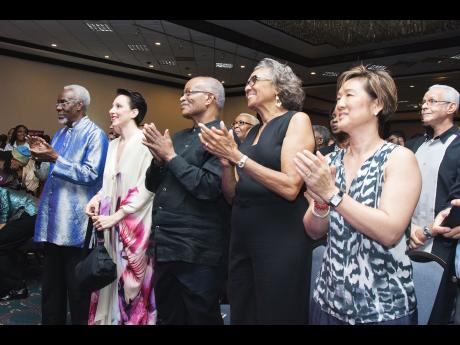 Darien Robertson
Delighted guests give Monty Alexander a standing ovation at the end of his performance. 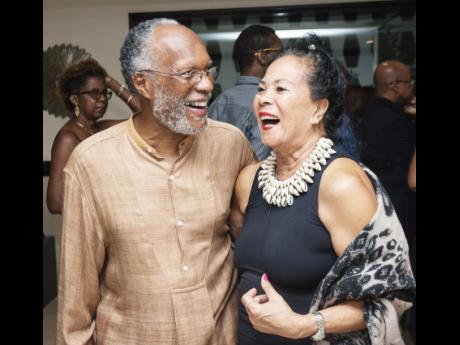 It was a win, win situation, to go and see a performance by a musician par excellence, while giving back to your alma mater. That was the mantra of the University of the West Indies (UWI) Global Giving Programme, organisers of Sunday's Monty Alexander Benefit Concert, with The Harlem Kingston Express.

And the long line of traffic leading to The Jamaica Pegasus hotel and house crew adding more chairs, spoke volumes of their feat. But it was the showmanship that transpired on the open stage of the hotel's transformed ballroom, that many will be talking about.

Sir Hilary Beckles, vice-chancellor of UWI, and conceptualiser of the programme, described Monty Alexander's performance after the show as wonderful and heavenly.

"I died and went to heaven and then I woke up and came back. I was prepared to stay where I went. It was wonderful. Where do we go from here? It was so superb; just what we need. Here is the issue, when genius is generous, the angels smile and he is generous and he is giving back," Beckles concluded.

HAPPY TO BE HOME

Monty Alexander has not been to Jamaica for the past 10 years and he showed that not only was he appreciative of the turnout, but that he was more than happy to be back home. After the show he, too, told The Gleaner, that the "evening was quite nice. People enjoyed themselves and that's what I like".

And so they should. Like a returning family member armed with many tales, he humoured the audience with anecdotes of historical proportion. Each story preceded an original composition or tributes to musicians such as Nat King Cole, Frank Sinatra, Duke Ellington, Bob Marley, and more, thus providing the backdrop for the unscripted musical programme.

Alexander's tributes to the legendary icons were beautifully refreshing and appealing to the ears. He also had the audience finger snapping and feet stomping to songs like, Give Me the Night.

Among the musical genius, original selections on the two-part programme were Jamento, Hello and Eluthra. The latter was inspired by a trip to The Bahamas. But none of the brilliantly played pieces struck a cord like, Hurricane.

The dynamically composed selection was inspired by Hurricane Charlie that hit Jamaica in 1951. The piece was more than a performance item, but showcased the brilliance of the Jamaican-born composer.

Before playing Hurricane, Alexander painted a picture of the hurricane hitting Jamaica, as well as the mood on the day before it struck. It was a happy time with birds singing. But that changed with the roofs of the houses on the street he lived on blown off, except that of his parents' house. Subsequently, all the neighbours gathered at his house. And while the liquor flowed, he sought solace on his piano.

"Piano represents life. It is an orchestra by itself," he said.

Following the story, along with the ever present Harlem Kingston Express, Monty recreated the joy and happy sounds of birds before Mother Nature showed her furious side. Then they segued into a concoction of haunting sounds of strong winds captured by the frantic playing of several cymbals, drums, piano, electric bass guitar and a bass cello. The talents of the intriguingly named band, Harlem Kingston Express, were certainly on show.

"It is an imaginary train moving from the rhythms of here and adapting it to my love of jazz. One of the capital places of Jazz is Harlem. It is just a way to express the journey where I personally came from and went," he said.

The wonderful concert also saw Alexander's wife of 21 years performing, two songs, Summer, and The Christmas Song. While patron of the UWI Global Giving Programme, the most Honourable P.J. Patterson addressed the audience.